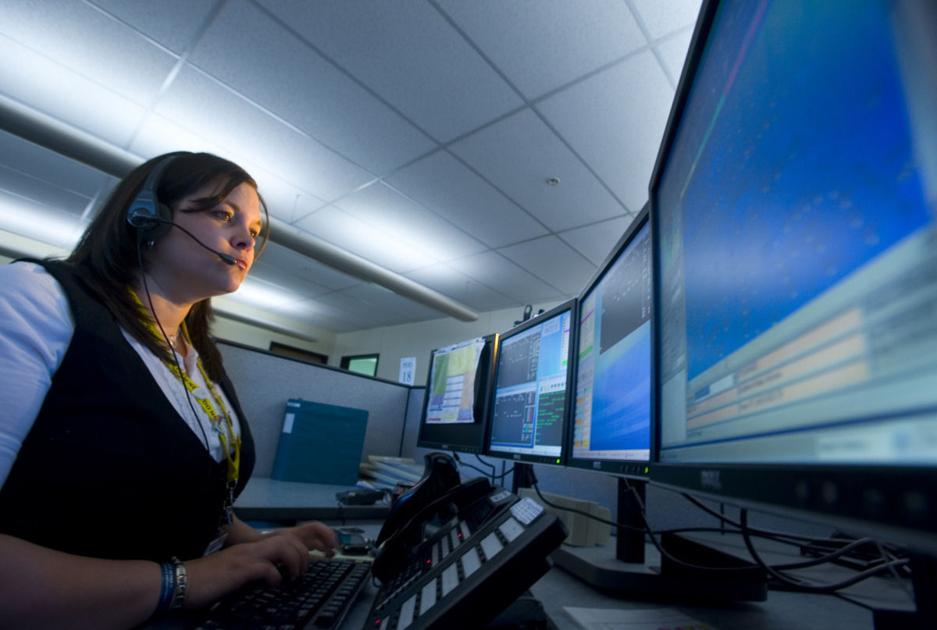 Call answer times at the city’s Public Safety Communications Center fell short of national recommendations, leaving more than a quarter of people waiting more than 20 seconds for their 911 calls to be answered in 2019, the report found.

A consulting agency hired by the city of Colorado Springs offered several recommendations for the city’s dispatch center, after an assessment found inefficiencies in the way call takers answer emergency calls from across the city.

For non-emergencies, callers waited on average 236 seconds, or nearly four minutes to talk to a dispatcher, the report found.

An independent consulting agency, Fitch & Associates, recommend the city adjusts the center’s call intake positions, among several other strategies, with the goal of answering 90% of 911 calls within 20 seconds and answering non-emergency calls within 60 seconds for 90% of the time, according to the February report recently obtained by The Gazette.

Starting Feb. 1, the center has adopted Fitch & Associates top recommendation – designating positions to answer 911 calls only – and have since seen an improvement in call answer times, said Renee Henshaw, public safety communications manager. Previously, if a call taker was on a non-emergency call as someone dialed 911, the call taker had to put the person on hold to take the emergency call.

“Just the simple act of communicating that you have to put someone on hold and switching to another line takes time,” Henshaw said.

The city paid the agency $69,995 to assess city’s dispatch center performance and receive recommendations on how to improve call answer times, staffing schedules, employee retention, and training, according to a May 2019 request for proposal and contract.

The call center received a total of 971,121 calls in 2019, averaging about 2,661 per day, the report found. 911 calls and non-emergency calls accounted for about 38% of total calls respectively and 22% of callers hung up before talking to a dispatcher.

The center is responsible for answering 911 calls, as well as non-emergency police calls and those related to fire and medical services and animal control within the city’s 194 square miles. During the center’s busiest hour, when about 98 calls are received on average, the average answer time was 2.6 minutes, according to data collected by the agency.

To address the Fitch & Associate’s staffing and performance concerns, the city proposed a new staffing schedule for 2021, according to the report.

While Fitch & Associates found the new schedules “significantly stronger” than those used in the previous year, the call center would still likely not be able to respond to non-emergency calls within the recommended 60 seconds during 10 hours of the day.

The new schedule, in addition to prioritizing 911 calls over incoming traffic, will allow the city to respond to 95% of 911 calls within 20 seconds and answer non-emergency calls within the recommended 60 seconds 90% of the time, according to the report.

Fitch & Associates suggested 8-hour and 12-hour shift to balance high call levels, but Henshaw said she has seen high employee satisfaction with 10-hour shifts, with a third day off to recharge during the week, noting the “stressful work environment.”

“It was important to me to find that still benefitted coverage but also benefitted employee wellness and retention,” she said.

A high turnover rate at the city’s call center, which is not unusual for the 911 industry, has forced many employees to work “an unacceptable amount of overtime hours” and results in a lack of seniority, the report stated. In the last four years, the center experienced a double-digit employee turnover rate and in 2018 and 2019, 45 employees left.

About 62% of the dispatch personnel have less than five years experience working for the Colorado Springs Police Department and 83% of immediate supervisors and management have less than 10 years of experience, according to the report. Due to the limited experience among staff, the agency recommended always having at least two supervisors on-duty to “provide necessary leadership,” the report stated.

One of the biggest challenges for the call center, Henshaw said, is maintaining and staffing its already existing positions.

“With continual hiring, we have been able to keep our head above water,” she said. Twelve call takers are currently in training and another training class is expected to begin in May, she said. The lengthy training process – five months for call takers and nine months for dispatchers – make the process even more tricky.

“It’s not like you can just hire 10 people and have them working in two weeks,” she said.

According to a survey conducted by the agency, 75% of dispatchers said they believed their staff was not adequate to handle the number of 911 and other calls the center receives on a daily basis. All of the immediate supervisors agreed that staffing was lacking.

When Fitch & Associates visited the dispatch floor, there was one supervisor for up to 31 call takers and dispatchers, according to the report. It recommended the ratio be closer to 1:6.

While this year’s budget has been finalized, Henshaw said she plans to request funding for additional supervisor positions next year. To reduce the workload for dispatchers, the call center has implemented an additional unit to respond to calls during the call center’s busiest hours Monday through Friday, she said.

Among several recommendations for technology improvements, the agency recommended the center install a system that automatically calls back those who dial 911 and hang up before reaching a dispatcher. Nearly 15% of 911 callers ultimately abandon their call, the report found.

Henshaw said the center implemented a new phone system last year that sends a text back to those who call 911 and hang up before reaching a dispatcher. The staff are reaching out to other cities that already use the callback feature to see if it is right for Colorado Springs, she said.

“We’re being cautious with that because it is new, developing technology and we want to see how it works,” she said. “Every call back takes an employee away from incoming calls. I think that automated technology could have a huge benefit, but we don’t want to blindly rush into implementing it.”

“Technology should not contribute to slowing down the call answering process or creating performance issues,” the report stated.

According to the report, the center’s computer monitors are not large enough to allow call takers to perform their tasks with ease, noting that a consultant observed one call taker with 18 windows open on their computer to address a call.

Henshaw said the center has recently been reconfigured and remodeled to include a new monitor for each call taker and additional work stations to allow for growth in the future.

Fitch & Associates also recommended that the call center implement a service that is designed to automatically process the 27,000 calls it receives each year from residential fire and burglar alarms, adding that the program may have little to no cost, according to the report. Henshaw said her staff is conducting research to see if the service is suitable for the center and its existing technology.

Currently, each of those calls are processed manually, taking away time for dispatchers to respond more quickly to higher priority calls, the report stated.

The report also cited an increase in calls made to the Colorado Springs Fire Department and suggested that the department use new technology to help reduce the calls that “stack up” before a fire crew is dispatched. Henshaw said her team is working with the department to determine which technology to adopt going forward.