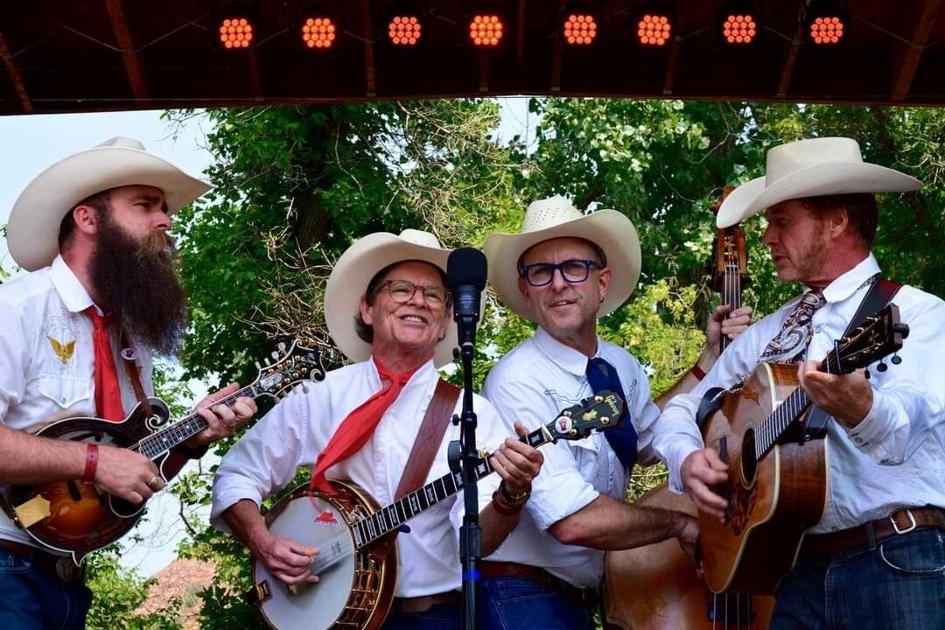 The Red Mountain Boys are winners.

The four-piece, neotraditional bluegrass band recently won second place in the prestigious RockyGrass Band Contest at the annual RockyGrass Festival in Lyons. The Colorado Springs band won $500 and got to play on the festival’s main stage.

“We weren’t expecting a thing,” said Red Mountain Boys banjo player Lewis Mock. “We were going to go have some fun and ended up in the finals and taking second and playing the main stage. It was like playing Woodstock — looking at all those thousands of people in tents. We had a blast.”

The win comes during a busy season for the band. They were invited to perform in June at the John Hartford Memorial Festival in Indiana, and also played at The Humm Family Gathering music festival in Guffey and I Bar Ranch in Gunnison last month. The guys will open for Americana band Reckless Kelly on Aug. 27 and headline their own show Sept. 17, both at Stargazers Theatre.

About two and a half years ago, guitarist Alan Begley called his buddies — mandolin player Jeff Daugherty, stand-up bass player Jon Murphy and Mock — and invited them over to jam together. They organically fell into four-part harmonies. It felt like a coming home to Mock.

“Like we had been playing together forever,” said Mock, who was the guitarist at The Broadmoor Tavern for more than 25 years. “Everyone naturally sang the part they normally sing and it blended together so beautifully, and we thought ‘wow, this is really something.’”

“We sat there and played over 30 songs, laughed and got to know each other,” he said. “Not too long after we decided to be more serious.”

Now the group of songwriters has 30 to 40 original songs, and up until recently released two or three singles via Spotify, iTunes and other steaming platforms monthly during Red Mountain Mondays.

“We really do love each other,” Daugherty said. “There’s no egos in this band. If I write a song and bring it to the guys, we might decide Jon needs to sing this one. It’s no longer my song, it’s the Red Mountain Boys song. We’ll do whatever it takes to make it the best.”