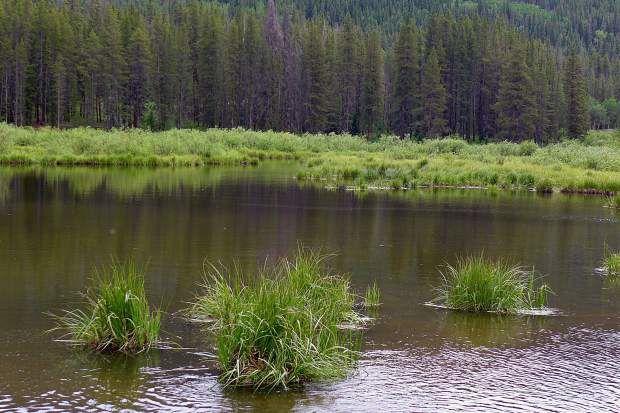 Colorado Springs Utilities and Aurora took a step closer this week to building a new reservoir in the White River National Forest near Holy Cross Wilderness following a decision by the U.S. Forest Service.

The Forest Service granted a request from the two cities for exploratory drilling to determine the feasibility of building a new dam in the Eagle County’s Homestake Valley in Eagle County that could provide access to water rights both cities have owned since the 1950s but have never developed.

“It’s a first step in a process that will allow us to ultimately select an environmentally friendly, technically feasible alternative that we can carry hopefully through the permitting process,” said Patrick Wells, general manager of water resources and demand management for Utilities.

Utilities and Aurora are examining options for a reservoir that could hold as much as 20,000 acre feet of water. An acre foot covers an acre of ground under a foot of water. The two municipalities would split water from the project that flows east 50-50, Wells said.

To determine if a dam is feasible, Utilities expects to drill holes 4 to 8 inches in diameter to a depth of up to 150 feet, according to the Forest Service decision. The work will take place in the summer or fall to examine four locations for a new dam, said Maria Pastore, a Water Resource Planning project manager at Utilities. The samples will help determine the geological stability of the site, Wells said.

The new reservoir could help meet the needs for water in both growing cities. Colorado Springs is expecting its population to grow from 470,000 people to 723,000 people in the coming decades, the Utilities’ 50-year plan states. Supporting that growth will require new water supplies, in addition to greater water conservation, according to the plan.

However, Colorado Headwaters, a group helping to organize opposition to the project, argues the new reservoir would destroy wetlands in the valley, which serve as key habitat, said Jerry Mallett, founder and president of the nonprofit.

“That whole ecosystem will be hammered,” he said.

The project has also drawn criticism for a preliminary planning estimate that proposed eliminating the wilderness designation of 500 acres in the Holy Cross Wilderness. The estimate was provided because the property could be needed for road realignments and other infrastructure necessary to support a reservoir depending on where it is built, Wells said.

However, the acres needed in the wilderness could be “significantly reduced or likely completely eliminated” as reservoir planning continues, Wells said.

If the project goes forward following the feasibility study, the timeline for construction could be long, Wells said.

For example, the permitting process for the Southern Delivery System, a pipeline between Pueblo Reservoir and Colorado Springs, took 10 years, Wells said.