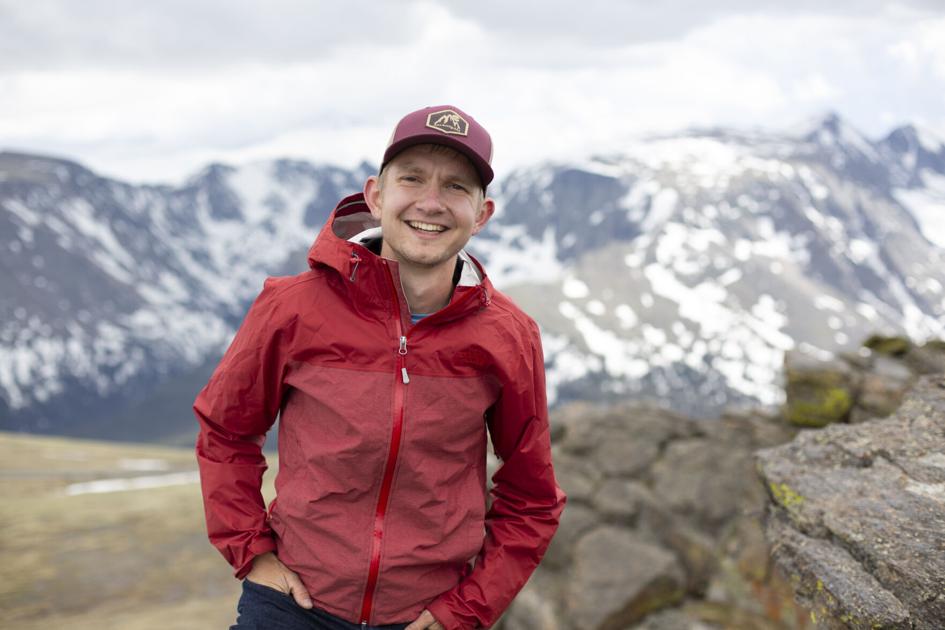 Even if you’ve never been to a national park, you can probably picture a poster for one.

Posters of Yellowstone and Yosemite and other national parks have been around almost as long as the U.S. National Parks Service itself, which marked its 100-year anniversary in 2016.

These iconic posters — known for their signature simple and striking look — got their start back in 1935, when they were commissioned by the Works Projects Administration, or WPA. Today, artists continue to put unique spins on the posters, which remain so popular they’ve turned into parody. One artist borrowed the worst reviews for each park to blast on her versions of the posters. “Save Yourself Some Money, Boil Some Water At Home,” reads the Yellowstone poster. And for Joshua Tree, the block letters spell out, “The Only Thing to do Here Is Walk Around the Desert.”

Kenneth Crane, a full-time graphic designer and freelance illustrator based in Colorado Springs, entered this tradition by accident.

A co-worker asked Crane to illustrate an invitation for their baby shower. Since the baby’s nursery is themed around national parks, Crane came up with a drawing of Rocky Mountain National Park

He enjoyed making it so much that he illustrated, using Photoshop, nine more parks. Just for fun.

And he thought, “This would be fun if it caught on.”

It was “a long shot,” Crane says, but he wondered if Anderson Design Group needed a new poster artist. He sent them an Instagram message.

Within an hour, Crane was hired. In November 2019, he began a journey of illustrating all of the 62 parks, on a pace of around three per month, while keeping his full-time job in Colorado Springs. Crane has about 10 parks left.

The journey has meant visiting 20 of the parks, many for the first time. He also revisited Yellowstone, which he last explored as a 3-year-old.

“Being here, there’s a lot of parks you can get to in a day’s drive,” he said. “Colorado Springs is the perfect place for that.”

Whenever he goes to a park, he tries to visit different spots and takes lots of photos so he can best capture the whole place.

But seeing a place like the parks on opposite ends of the country in person isn’t always feasible.

“Many of the parks I’ve never been to and never will,” Crane says.

That’s where research comes in.

“I want to figure out what’s the vibe there and the story behind it,” he said. “I also think about, ‘What are other people doing? How can I be different?’”

When it’s time to hand-draw on Photoshop, he sticks to some rules: few colors, dramatic lighting, simple lettering and soft shapes.

The vintage style is nostalgic for the original national parks posters, Crane says, adding “they are very trendy right now.”

Crane guesses the popularity is because people are hungry for experiences beyond a phone or laptop. Plus they look cool.

Anderson Design Group offers some insight, saying the posters add to any living space, “whether you’re creating a bucket list or wanting to remember the family road-trip of a lifetime.”

With about 50 posters of national parks down, Crane’s journey is almost over.

Along the way, he’s also started plein air painting at spots such as Garden of the Gods.

“I’ve really learned that there’s no ugly place in this world,” he said. “There’s always beauty in every landscape. I know I can find a bit of beauty in each one.”