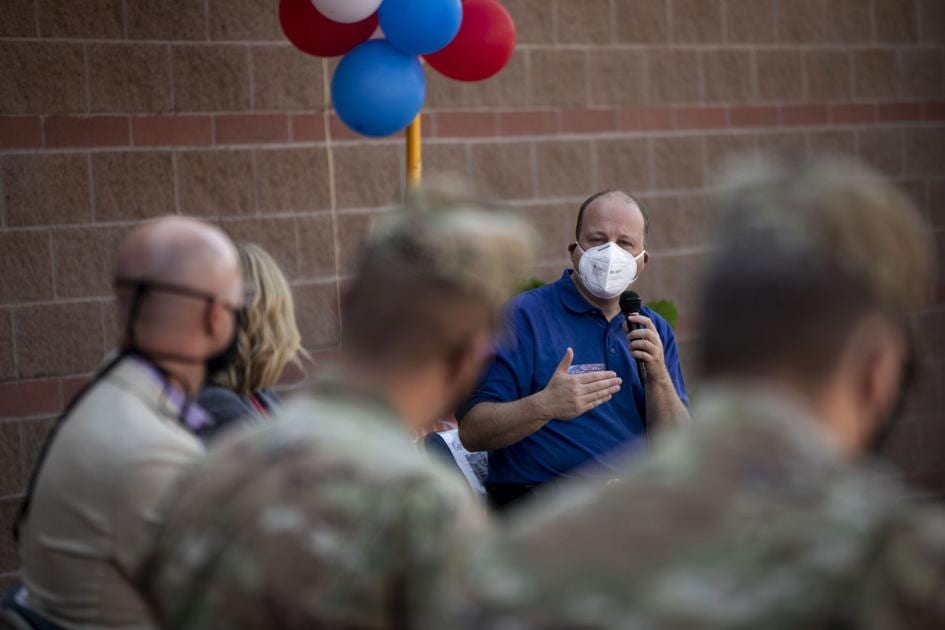 Pikes Peak area schools are down thousands of students due to the pandemic, amounting to funding losses in the millions, according to preliminary data released by the state education department this week.

Colorado Springs School District 11 had the largest drop in students from last year: 2,155. It ranks fifth in the state for largest loss, according to the data, set to be finalized by the end of the year. The district expects to see a $3.4 million loss in funding, according to district spokeswoman Devra Ashby.

But it will not have to adjust its budget “due to salary and benefit savings from positions not hired due to pandemic, decreased enrollment or hard-to-fill positions,” the district said Wednesday.

Academy District 20, the area’s largest school district,  had the second highest decline in the region, losing nearly 900 students. It will equate to a loss of roughly $3.8 million for the district, spokeswoman Allison Cortez said.

The district has a “healthy reserve” with which to supplement losses and is “committed to keeping any needed budgetary reductions as far away from our classrooms as possible,” she said.

Widefield School District 3 took the third largest hit in the region, with a loss of 500 students. The financial impact is “in excess of $1.5 million,” district spokeswoman Samantha Briggs said, adding that the district has not held discussions on budget changes.

The remainder of other area districts that lost students — all but two — saw a decline of anywhere from 15 to 341 students.

Falcon District 49 is one of two area districts that gained students over last school year — 94 — with the other district being Hanover, which gained five students.

Falcon appears to have assumed the title of second-largest school in the Pikes Peak area, overtaking Colorado Springs District 11 by just shy of 100 students, according to the data.

The data “affirms current projections of population growth, keeping our district on our pace of being one of the most rapidly growing districts in the state of Colorado,” District 49 Chief Business Officer Brett Ridgway said Wednesday. “Continued growth will, inevitably, make District 49 the largest district in the region.”

Cheyenne Mountain District 12 is down 66 students this year, amounting to a 1.25% change, “not atypical for us at all,” Superintendent Walt Cooper said, adding that the district “really has no room for substantial new residential growth.”

Julie Stephen, a spokeswoman for Lewis-Palmer District 38, said the district had “budgeted conservatively this year,” and therefore the preliminary numbers — which show the district down 262 students, a nearly 4% drop from last school year — are close to what the district budgeted for.

Harrison School District 2 saw a loss of nearly 350 students, down nearly 3%. District spokeswoman Christine O’Brien said the district would hold talks in January to determine how to manage the fiscal impact. No immediate changes are in store.

On Tuesday the state announced the overall enrollment in public schools was down year over year for the first time in more than three decades, as a result of the pandemic.