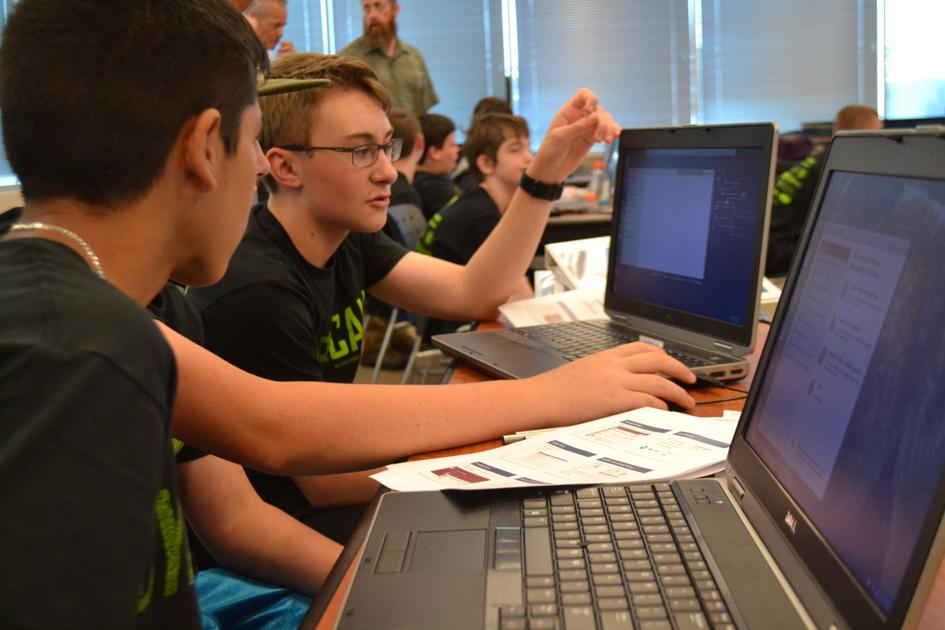 Deep and painful cuts are likely to roil El Paso County schools in the aftermath of the coronavirus outbreak, including possible layoffs, furloughs, salary reductions and the elimination of grants and programs.

“It’s really ugly,” said Glenn Gustafson, chief financial officer for Colorado Springs School District 11. “There is no easy way to do this.”

Severe measures could be unavoidable, school district officials say, as Colorado lawmakers work to address $895.8 million in revenue losses for this fiscal year and an anticipated $2.42 billion revenue decrease for the fiscal year that starts July 1.

“We’re preparing for the worst and hoping for the best,” said Terry Kimber, chief financial officer for Widefield School District 3. “Nothing’s off the table, nothing’s on the table.”

K-12 public education receives 36% of the state’s general fund, and with legislators needing to slash about 25% of the budget, it’s inevitable that harsh hits to education spending are coming, officials say.

“School districts will have less money next year than they did this year; that’s going to be to be hard because the demands are greater,” Jennifer Mello, legislative liaison for the Colorado Department of Education told the State Board of Education at a meeting Wednesday.

“You cannot cut that much money out of the state budget and not have an impact on our K-12 system.”

While the state Legislature has extended its coronavirus break until May 26, the Joint Budget Committee has started the budget process, holding education discussions this week.

The school finance proposal likely won’t be finalized until the end of next week, Mello said.

Timing will be a challenge for school districts to submit their budget proposals, said Gustafson, who’s also a D-11 deputy superintendent. May 31 is the deadline for school boards to have preliminary plans in hand, in preparation for submitting final adopted budgets to the state in June.

“We have three weeks to do the process instead of four to five months,” Gustafson said.

The state’s school finance formula determines base funding on October enrollment and adds money from there. The base was around $7,000 this per pupil this school year.

In the best-case scenario, per-pupil funding would remain the same for next school year, leaving D-11 needing to cut $3 million from its anticipated budget, Gustafson said.

The worst case would be receiving only base funding and having to cut 15%, equating to about $38 million, he said.

“Everybody’s feeling the pain; the question is how do we manage through this and come out the other side in a way that’s good for kids.”

“That’s some serious cuts,” he said. “We were planning on raises, adding positions and expanding programs, and inside of two weeks, we’re looking at cutting nearly $10 million out of our budget.

While state revenue projections and allocations are being decided, school boards are prioritizing what’s expendable and what’s not.

“You can’t hardly adjust the budget without either affecting the number of people you have or how much you pay them,” Gustafson said. “Everybody in the community is struggling, and we’re no different.”

Putting some programs on hold, outsourcing some functions and other options also will be considered in D-11.

“We’re looking at everything you can imagine, except closing schools,” Gustafson said. “That’s not really on our radar.”

The reason schools will be spared, he said, is that the district is in the middle of a facilities’ master plan project, and schools can’t be closed in a few months.

The normal tool to boost state funding by increasing student enrollment may not be possible for many schools next year if social distancing requirements lead to fewer students per classroom, Gustafson added.

“There’s no simple way around it,” he said.

Pandemic aid is not expected to narrow state funding shortages, as the dollars are earmarked primarily for expenses related to the virus.

Colorado’s 178 school districts will receive portions of $120 million in federal stimulus money to offset costs such as providing technology for students to do distance learning.

A governor’s Education Emergency Relief Fund of $44 million for K-12 and higher education also will be available.

The state’s BEST fund, slated to be cut by $60 million, leaving $100 million, can make emergency grants for affected school facilities, which could include adding Plexiglas devices at schools, or qualifying technology needs for traditional public schools, charter schools and Boards of Cooperative Educational Services.