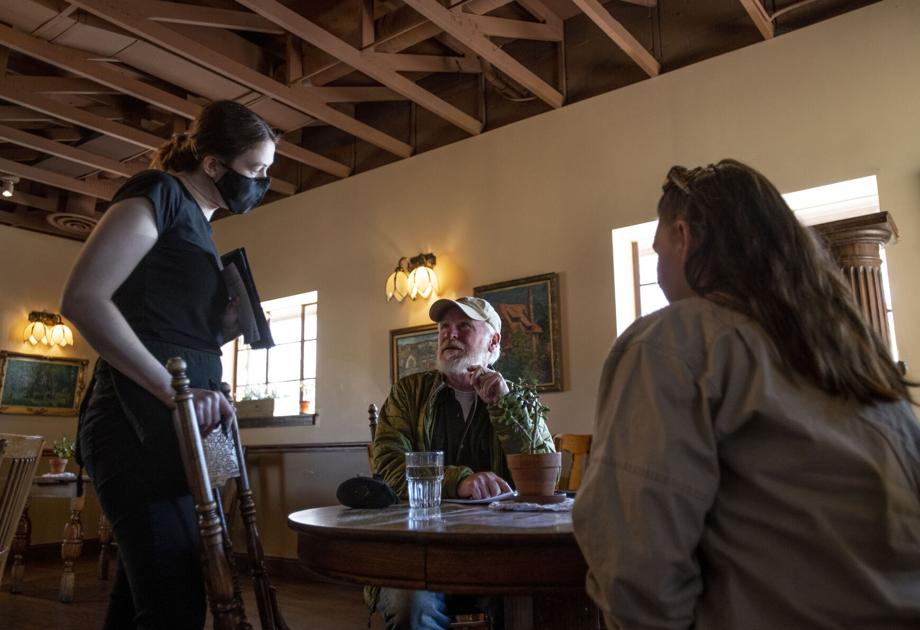 Farley McDonough, the owner of the Adam’s Mountain Café, a quaint eatery nestled in the heart of Manitou Springs, spent extra time and energy to ensure her restaurant earned the 5-star certification. But when she finally reached her goal, she was disappointed.

“We worked hard to get the 5-star, we did everything we’re supposed to do,” McDonough said. “We’ve been operating with, you know, impunity, we’re very strict. And yet, we are unable to increase our capacity.”

The 5-star certification is a program the state of Colorado opened for businesses and restaurants to help “accelerate” reopening in the wake of the pandemic, while maintaining high standards for public health precautions.

Businesses and restaurants that meet the qualifications — which include mandatory masks, new ventilation filters and 6 feet between tables, among other things — can operate at 100% capacity despite county restrictions.

El Paso County is operating in in “level yellow,” which allows no more than 50% capacity in restaurants. But some restaurant owners who said they jumped through extensive hoops to reach the 5-star certification are starting to wonder if it was worth the extra work. McDonough is one of those owners.

“Because of the number of feet between tables, we are still operating at 50%, we cannot go up in capacity,” McDonough said.

“As a restaurant that’s been doing everything right, it would be nice to be rewarded for that,” McDonough said.

But CDC recommendations for restaurants encourage 6 feet between tables, since COVID-19 mostly spreads when people are closer than 6 feet. The agency also said transmission is possible between farther distances if indoor ventilation is poor.

McDonough is not the only restaurateur who’s unable to reap the benefits of the certification. Meredith Klube, the business manager and event coordinator for Jack Quinn’s Irish Pub and Restaurant on South Tejon Street, said despite having a large space, operations are still hovering between 50% and 60%.

“It was really a moment of pride for us,” Klube said about the 5-star certification. “I think business wise, they’re trying to make it really beneficial.”

While Klube said capacity is still constrained, the bar can stay open an hour later, which helps sales.

For Klube, the certification provides benefits beyond potential capacity boosts, such as giving customers confidence in the restaurant’s safety measures.

“We’ve got the guests that are maybe a little bit more nervous, and it feels safer for them here,” Klube said.

Since Jack Quinn’s is located on Tejon, the restaurant also has access to parklet seating that extends onto the street. Klube said the outdoor seating was a lifeline through the winter months, but she hopes it can stay up through the summer as well.

But restaurant owners like Erik Brenner, of Red Gravy, decided to forego the 5-star certification because he knew the capacity would not be increased due to space constraints.

Red Gravy, unlike most restaurants in Colorado Springs, saw an increase in sales in 2020 than 2019. Brenner said it was thanks to community support.

“There’s a lot of that back and forth going on to care for each other,” Brenner said. “It’s fantastic.”

“I’d like to see us go into blue,” Najar said. “I know we’ve been really close in El Paso County to be in blue, but I’d like to bump up capacity.”

Change could be on the horizon. New public health orders, which are likely to give more control to local public health agencies, are expected to start in mid-April, according to the Colorado Springs Chamber and EDC website.

El Paso County’s Public Health Department’s spokeswoman Michelle Hewitt did not have details what those upcoming changes would look like in El Paso County beyond the current orders, which categorize El Paso County into “level yellow.”

However, El Paso county’s positivity rate, a metric used to determine restaurants capacity, was nearing 7.2% as of Saturday. In order to stay in yellow level of the current dial framework, positivity rates must stay below 7.5%.

Najar at Colorado Craft said even if capacity did bump up, staffing would be difficult, since many restaurant workers have shifted focus either because of layoffs or because the dismal outlook of restaurant work during the pandemic.

“I think all restaurants are trying to hire up at the same time,” McDonough said. “And then I think we lost a lot of cooks to different industries during COVID, like perhaps construction.”

Despite McDonough’s frustration in the 5-star certification not increasing her restaurant’s capacity, she said it did initially give her a boost in sales.

“I think a lot of people, especially people over the age of 45, or 50, felt more comfortable coming into the restaurant,” McDonough said.

But McDonough is worried the reprieve is temporary.

She said her restaurant is “buoyed” by Paycheck Protection Program loans and grant money from the county. Not knowing when that money will run out is a huge stressor for her.

“I would say it’s like a false security,” McDonough said. “Which, in this business, is always stressful.”