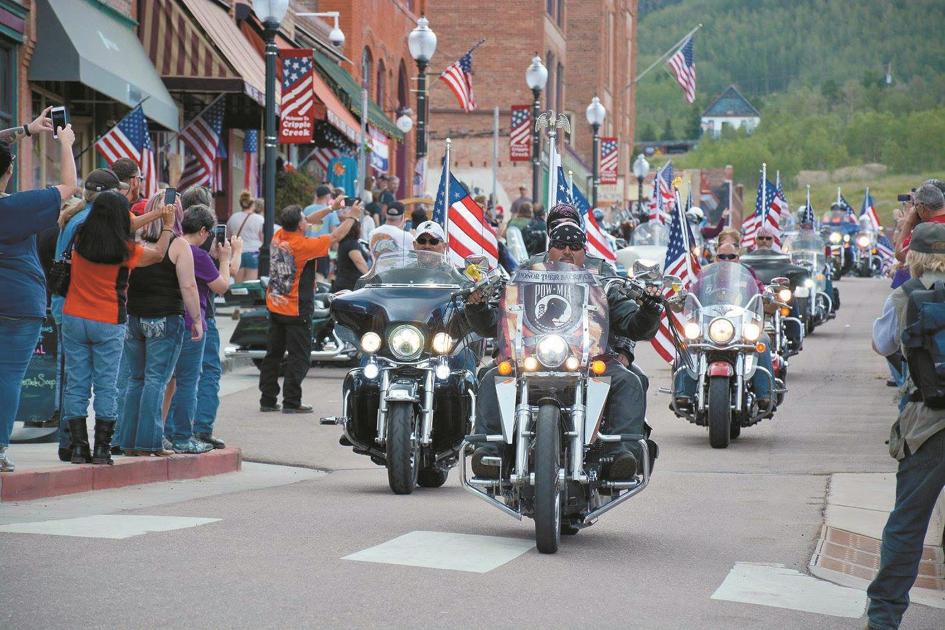 In 2020, events were canceled, gatherings curtailed and holiday traditions shattered.

Concerts, festivals, celebrations — the COVID-19  pandemic wiped them all out. And the businesses that support them might not be far behind.

Jim and Pam Wear of Monument have run Pro Promotions Inc. for 30 years, catering largely to the motorcycle riding crowd of Colorado. They’re the folks, for the last decade, behind planning and executing the annual Territory Days in Old Colorado City — the 45th of which was canceled in May. They also produce the large Salute to American Veterans motorcycle rally and festival held annually in Cripple Creek, which was also called off this year.

“We have to accept that our business has come to an end,” said Pam, estimating the company lost 75% to 80% of its year-over-year revenue. “We’ve spent most of 2020 working really hard to keep working … (but) with the current capacity restrictions, we just don’t see a path forward.”

The last event Pro Promotions produced was in mid-March, an indoor car show and swap meet. The day after that event, the shutdowns began.

“The summer events were canceled — all of them,” Pam said.

The Wears are worried not just about their own livelihood, but about all the folks who make a living off large events and festivals.

“Special events are a true economic generator for the whole community,” Pam said. “People are being employed and goods and services are being bought on many levels.”

“This goes way beyond Pro Promotions,” Pam said. “We are just one small piece.”

Jim and Pam Wear (pictured with son Wyatt in 2017)

The Wears got into the promotion business almost by accident — they simply monetized the life they were living.

“We had a motorcycle shop, like a custom-build chopper shop, not a dealer,” Pam said. “It really just started with small parties that were fun and well-attended. We started publishing a calendar of events. That’s how it all started, and it’s grown into this business — we got very good at it. We kind of had a captive audience with the cyclists.”

The business blossomed to the point where Pro Promotions’ Salute To American Veterans rally had grown into the “biggest and most popular festival” in Cripple Creek, according to the Mountain Jackpot News, drawing some 40,000 participants over several days.

The Cripple Creek City Council voted in July to cancel the August event because of state and Teller County health departments’ restrictions on large gatherings and possible adverse economic impact to the town’s main industry, casinos.

Jim pleaded his case to the council, citing among many reasons the mental-health problems many veterans were facing with the isolation of stay-at-home orders. Despite the Wears having a COVID-19 suppression plan approved by the Teller County Health Department, council members feared the impact to casinos if an outbreak spurred a second round of shutdowns. Cripple Creek casinos were allowed to remain open, though under severely limited capacity, when the second round of restrictions on indoor businesses came in November.

That was a $15,000 paycheck down the drain for Pro Promotions.

While Pro Promotions only has four full-time employees year-round, that can swell to 75 to 100 employees, including contractors, during special events. Events like Territory Days — Old Colorado City and west Colorado Springs’ annual welcome to summer over Memorial Day weekend.

Thousands attended the second day of Territory Days in Old Colorado City on Sunday, May 26, 2019. The annual event was canceled this year because of the pandemic. (Photo by Jerilee Bennett, The Gazette)

More than 150,000 residents and visitors descend on the area for three days.

They worry about how many vendors on Pro Promotions’ list of 2,500 regulars will survive. They wonder how musicians, like their son Wyatt, will make a living going forward with event and gathering restrictions that feel like, “If it’s fun, it’s not allowed.”

“We sometimes get judged for being heartless, and that’s simply not the case. Everyone knows who is at risk and who isn’t … acting like we don’t makes no sense to me,” Pam said. “Let’s focus efforts on allowing non-at-risk people to get back to it. … These policies have been laid out as if everyone is equal in that regard. They are harmful in more ways than economical — we’re talking about mental health.”

The Territory Days website states the event will be May 29-31, 2021. Considering these types of events must be planned out six-months in advance, it’s time to get planning.

The Wears remain in limbo and are not even sure if Pro Promotions can hang on that long.

“We’re trying to make a plan for something else moving forward, but …” Pam trailed off. “We’ve lost friends and have family members who are currently ill. We have had to rethink everything.”