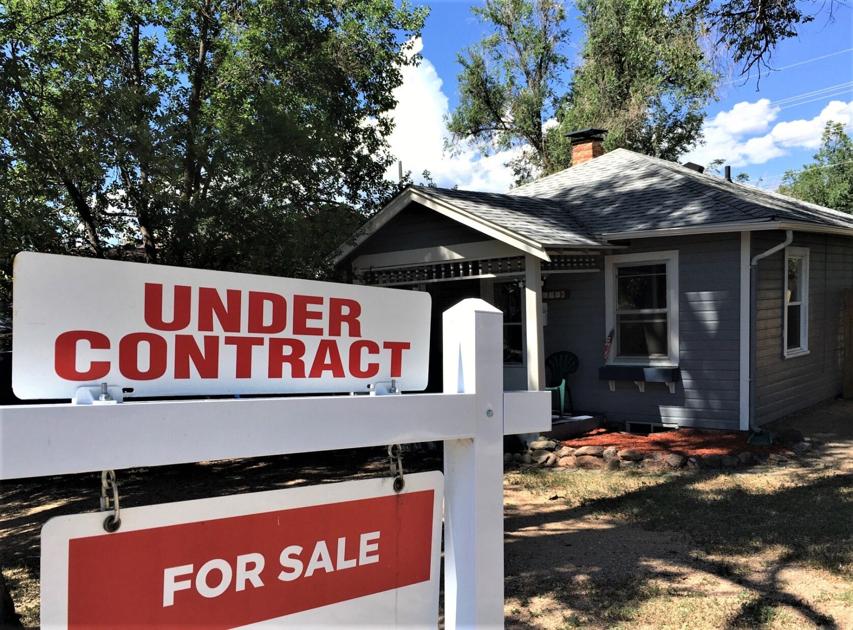 Colorado Springs-area home prices spiked to new highs again last month, prompting renewed fears on the part of some real estate agents that soaring costs will put housing out of reach for buyers.

“It’s definitely concerning,” said Eddie Hurt, a real estate agent with ERA Shields Real Estate in Colorado Springs. “It’s concerning because it’s getting to the point where it’s going to start pricing people out of the market, especially now with mortgage rates starting to inch up, even though they’re still very close to historical lows.”

The median price of single-family homes that were sold in February jumped to a record $403,000, an 18.2% year-over-year increase, according to the latest Pikes Peak Association of Realtors report, which tracks housing transactions handled by real estate agents.

It was the first time that the median price — the midpoint of all prices during the month — reached and exceeded the $400,000 mark for Springs-area home sales, based on Gazette historical data.

The average price of homes that sold in February reached $454,899, also a record high and a 17.6% gain over the same month last year.

Economists and real estate agents consider the average as less reliable because it can be swayed by a few very high or low sale prices. Still, it’s another indicator that prices continue on the upswing.

A furious demand for housing and a historically low supply of properties available for purchase have combined, in large part, to propel prices higher, local real estate agents and economists have said.

In February, the number of Colorado Springs-area homes listed for sale totaled just 462, a 57.4% plunge from a year ago when there were nearly 1,100 properties on the market, the Realtors Association report showed. Five years ago, there were 1,762 homes for sale in February 2016.

That lack of inventory means sellers are fielding multiple bids from buyers, who often must offer several thousand dollars above the asking price if they hope to come out on top, said George Nehme, board chairman of the Pikes Peak Association of Realtors and a real estate agent with LIV Sotheby’s International Realty.

“We’re all in a bidding war right now,” Nehme said. “The price point that’s under $500,000 is pretty challenging for buying.”

Nehme said he’s even been involved in multiple offers for a home priced at $1.5 million.

The shortage of homes for sale isn’t just a result of potential sellers staying on the sidelines and declining to list their properties, Hurt said.

In fact, the number of homes that came on the market in 2020 was comparable to the past five years, he said. But because homes are being snapped up so fast, the overall housing supply isn’t being replenished, Hurt said.

Also, builders haven’t been able to keep pace with the demand and there aren’t enough new houses available to take pressure off the existing home side of the market, he said.

Home sales in February totaled 981, a slight decline of 0.4% from the 985 homes sold during the same month a year ago, according to the Realtors Association report. Despite that dip, last month’s sales were historically strong for February — usually a time when sales are slow.

Low mortgage rates have been a key reason for the robust housing demand, Hurt said.

Thirty-year, fixed-rate loans inched lower for much of the second half of 2020, according to mortgage buyer Freddie Mac. Since dropping to 2.65% in early January, however, rates have been rising. Last week, they climbed to an average of 3.02% nationally — the first time they’ve been above 3% since July 30.

More people moving to Colorado Springs, including some who can do their jobs remotely and have chosen to move out of larger cities and embrace the Pikes Peak region’s quality of life, also are helping to drive the demand for housing, he said.

Nehme said he expects prices will continue to rise. The local market is heading into the spring and summer buying and selling season, when demand traditionally rises and prices climb.

“The market is still strong,” Nehme said. “I have not seen it let up yet.”

The report by the Pikes Peak Association of Realtors reflects sales transactions handled by association members and doesn’t include homes listed for sale by individuals. The majority of sales in the report typically take place in El Paso County.