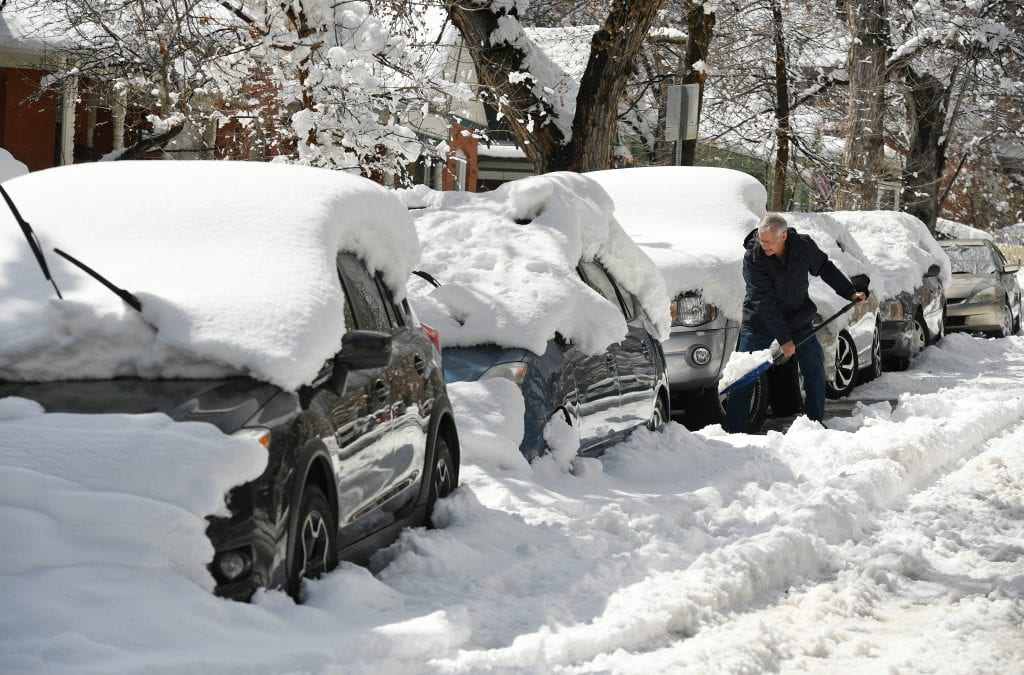 Phew! What a snow season we just had. Considering how it ended, we wanted to make sure that no more snow was expected before talking about Colorado snow totals in and around Denver for the 2020-21 season.

Now that it’s June, Denver has reached a point where accumulating snow is no longer normal during the month. Although, the official amount of snow that is typically expected in June is a trace, not zero, so we can’t say that we are definitely done with snow but the last time we had measurable snow in June was way back in 1918 so our odds are looking good.

I digress. This year’s snow season started off rather slowly. We saw pretty average snow in September and October, but by November, we started falling behind normal and that had a lot of folks worried. We were coming off of a very dry summer where drought was expanding and heading into winter, where not much precipitation falls, the concern of the drought expanding and worsening was a real possibility.

Then came December when we, again, saw below-average snowfall for the month. Same story for January. This pretty much solidified to a lot of folks that this snow season was going to be an under-performer. On top of this, we were under the influence of La Niña which has proven to bring less-than-normal snows to our area in years past.

February started no differently than the rest of winter with a lack of snow but then, a storm came and dropped 10 inches of snow on the city and brightened our eyes for the upcoming snowiest months of March and April.

If you remember March and April, phew, those very snowy months — so snowy that we made up our entire deficit of snow in one storm and thanks to a series of storms after that, we surged well ahead of our typical snowfall and eradicated our drought that had the potential of being one of the worst droughts in Denver’s recent history.

All of these reports came from the Skywarn Colorado Spotter Team and are verified by the National Weather Service in Boulder. Overall, it was a very impressive snow season for much of northeast Colorado thanks to the late-season snows. Denver officially recorded 80.2 inches of snow, close to 2-feet above normal, which landed the city in one of the top 20 snowiest winters on record. Bring on summer.