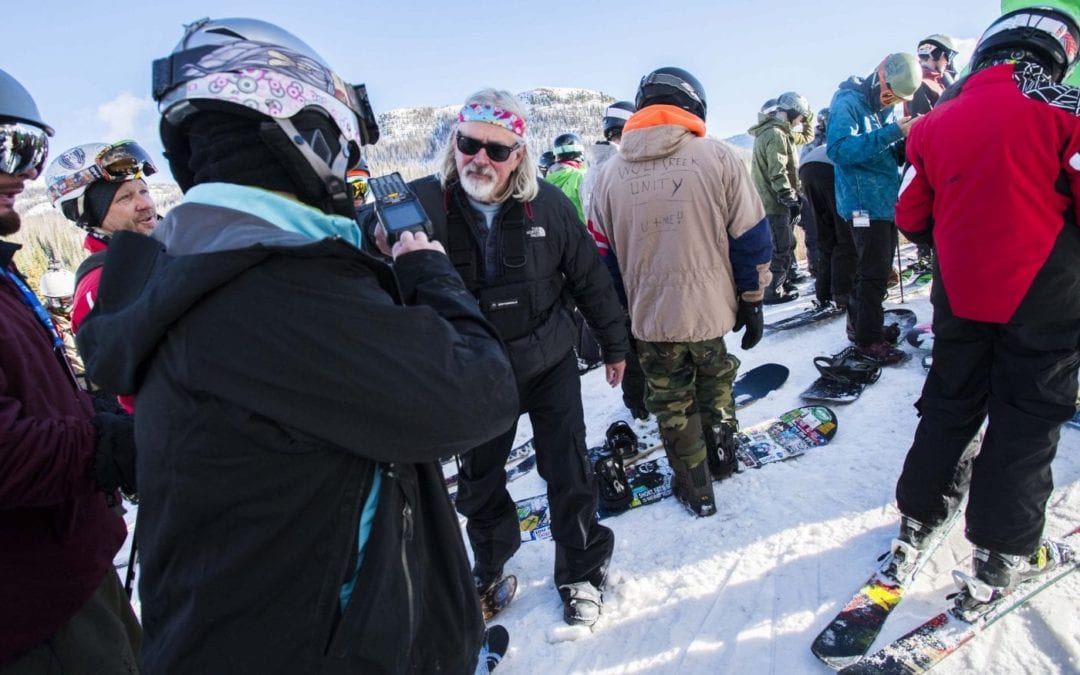 Don’t expect to hear an array of international accents on the slope this year. With coronavirus restrictions in place all over the world, the crowd and usual seasonal staff at ski resorts will be getting a lot more local.

In June, President Trump restricted H-1B, L-1, H-2B and J-1 temporary visas, the latter two the most important for people seeking seasonal work, especially for ski resorts. While the act was overturned on behalf of the U.S. Chamber of Commerce on Oct. 1, it doesn’t necessarily help ski resorts and the restaurants and hotels in them.

“We had to make plans months ago,” said Ryan Huff, director of communications for Vail Resorts. “We had to amp up looking in the resort communities, and we are really pleased with the applicants.”

Vail Resorts, which includes Beaver Creek, Breckenridge, Crested Butte, Keystone and Vail, will need the staff, too. While social distancing and mask-wearing will likely still be in effect come November’s ski season, that hasn’t stopped people from planning to hit the slopes. According to Vail Resorts’ September earnings call, sales of the company’s Epic Pass was up 18% as of Sept. 18, as compared to the previous year’s number.

This rise comes as the resorts have implemented a reservation system. Historically, guests could walk up to the customer service window and buy a daily lift ticket. Now, they have to be bought online in advance, and it all depends on availability. One doesn’t need an Epic Pass to get onto the slopes, but the pass gives holders priority, and it’s the only way to reserve during the early season. For example, Epic Pass-holders may ski Nov. 6 through Dec. 8 in Keystone, before non-pass-holders can.

“The (guest) capacity is different depending on the resort, the amount of terrain and the historical visitation date, but we do know this: For the vast majority of days, anyone who wants to ski or ride, we believe they will be able to,” said Huff. “It’s our goal to have an approach that can remain all season and that can also give our pass-holders peace of mind.”

To do this, staffing is important, not just to run ski schools and feed, guide, outfit and clean up after guests, but also to make sure social distancing is enforced as well as sanitation.

“I think we feel good about having all the roles filled ahead of our opening days,” said Huff. “One interesting trend we have seen this year is more interest from college students who are taking a gap year and for students who are in college but are doing all or most classes remote.”

College students have been a key in staffing resorts, hotels and slopes across the board. At Snow Mountain Ranch, YMCA of the Rockies, there’s also been an influx of young adults who are in school.

“A fair amount of people who would be in traditional college are doing remote learning from here,” said Athena Tilghman, human resource director at Snow Mountain Ranch. “We are allowing flexible schedules, and I would say we have at least 20 percent of our staff doing remote learning.”

Having student workers isn’t a new thing. Typically, said Tilghman, the two YMCA of the Rockies locations in Granby and Estes Park get college students from South America each year who make up about one-third of the staff. They come in on various types of J1 visas, each with a different level of eduction tied in. But even without this large chunk of imported workers, Tilghman said the staffing for the season looks good.

“As far as filling our numbers, we have had phenomenal luck and right now I am looking at being hired well into spring,” said Tilghman. “That’s unusual for this time of year.”

Based on the handful of hotels and resorts we spoke to, getting workers hasn’t been the struggle they anticipated. At the Sonnenalp Vail, a Swiss-themed hotel and restaurant, there usually is a European bent to the staff to help give the property an international feel, but not this year. The main problem for the property is the closure of the embassies that would give out the desired visas.

“We try to provide our guests with an authentic experience, and we have employees in Europe that we have been trying to get back,” said Sarah Salomon, Sonnenalp Vail’s director of human resources. “I had one of our returning employees reach out to me this morning, asking when she could come. Obviously we would love to have her for the busy season, but we have no way of projecting when the embassies will reopen.”

Still, Salomon said there has been a high turn out of local applicants. A lot of the people, she added, come with quite the pedigree in the service industry.

“We have received more qualified U.S. candidates than ever before this year,” Salomon said. “I am sure that is due to the high unemployment rate and the hospitality industry struggling.”

But while plenty of qualified applicants have come in to take most of the jobs, the unskilled positions have been difficult to fill.

“There are just not enough candidates for the unskilled positions like housekeeping, stewards and in the kitchen,” said Salomon, who is still looking to fill those supportive roles. “I can definitely say that the limitations on visas has been a challenge for us this year.”