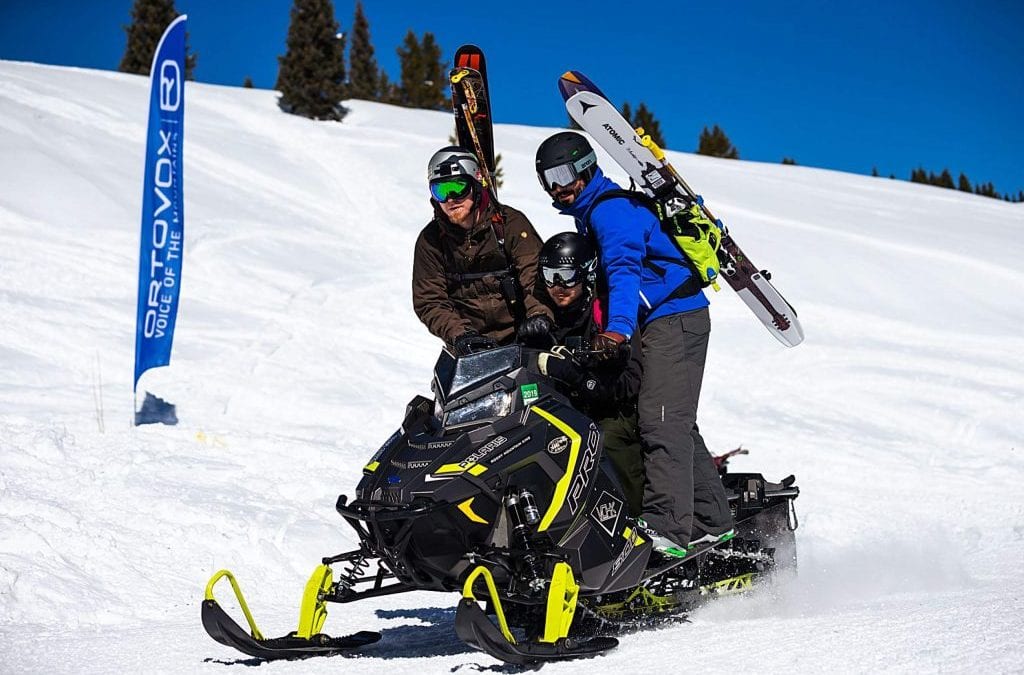 BRECKENRIDGE — After Vail Resorts on Thursday announced its plan for a reservation system this winter at its North American ski areas, members of Colorado’s backcountry winter sports community raised concerns about how the new program will affect crowds on public lands.

Vail Resorts CEO Rob Katz said in the announcement that “everyone who wants to get on resort chairlifts will be able to” for the “vast” majority of days during the season.

But some backcountry ambassadors like Jon Miller, the founder of Backcountry United, believe there will be a cascading effect from reservation systems like this. Miller said he understands the situation Vail Resorts is in and gets the potential liabilities of hosting resort skiing during a pandemic. But he believes skiers and snowboarders will find the way “with least friction” to send it, like water will always find the path of least resistance downhill.

“If they can’t go skiing on a powder day with a chairlift, then naturally they are going to go somewhere else, and that’s where the national forests are going to be that somewhere else,” Miller said. “I think we learned exactly what was going to happen when people can’t go and ski and snowboard on a powder day. Berthoud, Loveland and Vail passes hit critical mass in the spring. It was a precursor to what I think is about to happen in a more ongoing, regular fashion.”

Along with Vail Resorts, Miller said he’s sympathetic to local U.S. Forest Service entities like the Dillon Ranger District. Sam Massman, Dillon deputy district ranger, said he’s unsure what public land demand will look like this winter, though he knows how much the Forest Service is already doing to manage popular spots and parking lots, such as the Vail Pass Winter Recreation Area, which are already filled to the brim.

Miller’s worry is that increased traffic and unsafe travel in the backcountry could lead to public land closures. Beyond that, there is the variable of less-experienced backcountry recreationists opting for public land earlier in the winter season. That’s when snowpack is more variable, unsettled and dangerous than it would have been in April after the ski resorts shut down.

Summit County ski mountaineer Fritz Sperry, author of “Making Turns in the Tenmile-Mosquito Range: A Backcountry Ski and Snowboard Guidebook,” also believes backcountry crowds will spike this year and is worried about what that means for safety — especially when the snowpack has yet to reach 6 feet of depth, leading to unstable, tricky conditions.

“People getting out early in shallow snowpack, which tends to be more hollow, people are going to be punching through if they don’t know where they are going and don’t know what’s underneath the snow,” Sperry said. “You’re going to be looking at higher incidents of injuries.”

Sperry believes this winter’s backcountry crowds could be unprecedented based on sales of backcountry gear, currently the ski industry’s strongest growth sector. Eric Henderson, spokesman for SnowSports Industries America, said the trade association is forecasting increased sales this winter after a spike last spring. He specifically pointed to brick-and-mortar retailers increasing supplies of bindings, boots and skins beginning in September. He added that the trade association is seeing companies, such as Dynafit, pair increased educational programming with their business sales.

Miller said he hopes the backcountry community can come together to have companies, agencies and experienced influencers serve as mentoring ambassadors to the likely influx of recreationists. The partner avalanche safety organizations Colorado Avalanche Information Center and Friends of CAIC have that top of mind.

Friends of CAIC spokesperson Brian Rodine said Friday that the groups talked about the ramifications after Vail Resorts announced the reservation system. Friends of CAIC Executive Director Aaron Carlson said he expects to again see an influx into the backcountry this winter. Carlson said the two groups’ mission this year “may be more important than ever.” As a result, they are launching a new membership program in late September in part to further build the backcountry community statewide. A member’s minimum investment will be $35 and details on benefits are to be announced.

Carlson and Avalanche Information Center Director Ethan Greene said the groups also are working with the Utah Avalanche Center to pivot the Colorado’s free Know Before You Go avalanche awareness to a virtual program. It will include prerecorded talks, livestream events and an e-learning component. The center will host its annual avalanche workshop — traditionally held in Breckenridge — virtually in October. Greene added that the Avalanche Information Center still encourages recreationists to take field-based classes from reputable schools with good public health plans.