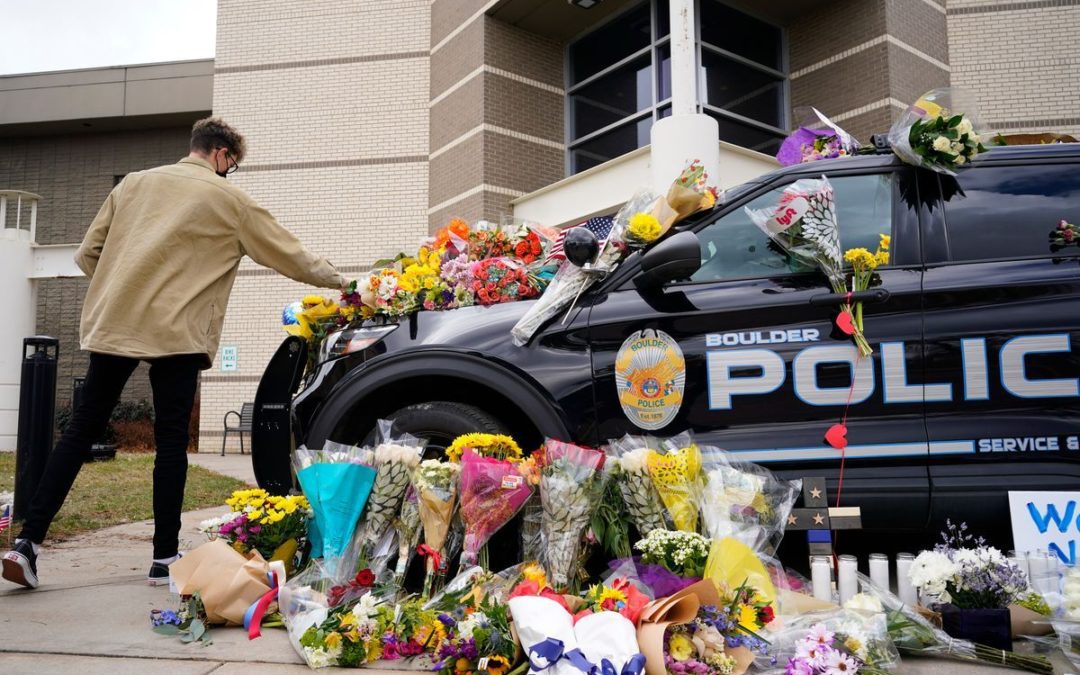 BOULDER, Colo. (AP) — Hundreds of mourners gathered Wednesday night at a candlelight vigil to remember the 10 people gunned down at a supermarket in a Colorado college town, while the 21-year-old man suspected of carrying out the rampage prepared for his first court appearance Thursday morning.

Ahmad Al Aliwi Alissa has been jailed for investigation of murder since he was arrested inside the King Soopers supermarket in Boulder on Monday and treated at a hospital for a leg wound. He was to hear the pending charges he faces and his rights as a defendant, and he would not be asked for a plea until later in the judicial process.