Colorado shooting suspect had worried about being targeted for his Muslim faith, acquaintances say 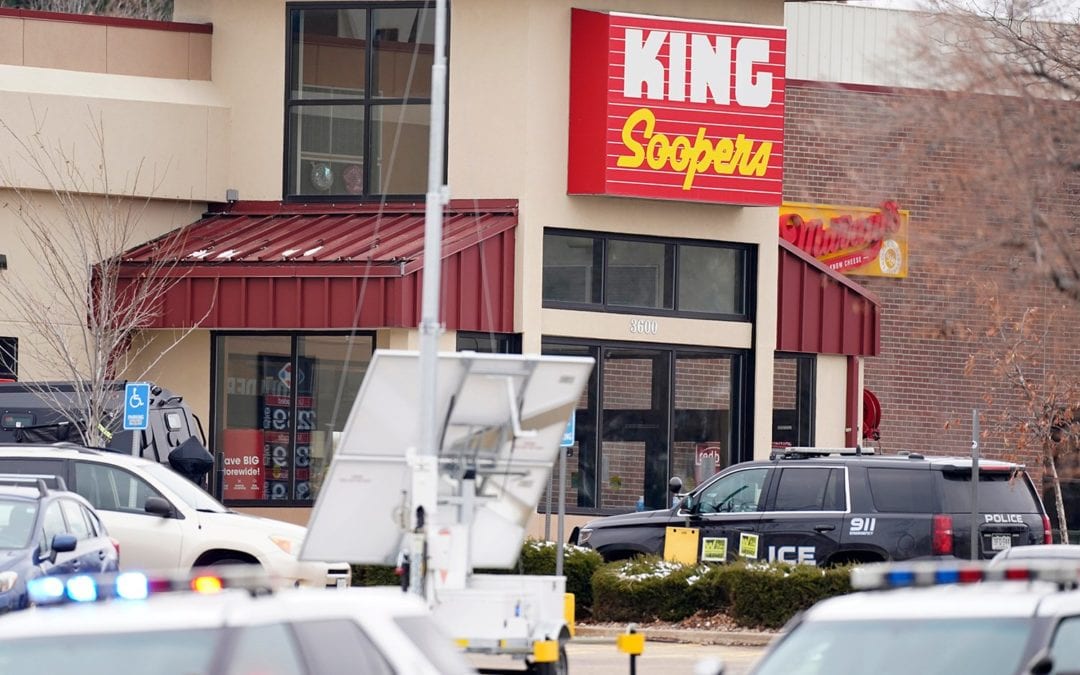 (RNS) — Ahmad Al Aliwi Alissa, the 21-year-old man suspected of shooting inside a crowded Colorado supermarket and killing 10 people, has been described as a “very anti-social” man who appeared paranoid “about perceived slights against him,” according to news reports.

As of Tuesday afternoon, investigators had not established a motive, but authorities believed Alissa, who was born in Syria, was the only shooter, Boulder County District Attorney Michael Dougherty said.

Interviews with his siblings and former classmates, and previous statements Alissa appeared to make on Facebook, paint a man who had violent confrontations with his wrestling teammates and who worried about being targeted due to his Muslim faith. His family also said he suffered from mental health issues.

“He would talk about him being Muslim and how if anybody tried anything, he would file a hate crime and say they were making it up,” Dayton Marvel, described as a former classmate, told the Denver Post. “It was a crazy deal. I just know he was a pretty cool kid until something made him mad, and then whatever made him mad, he went over the edge — way too far.”

The Denver Post highlighted posts from a Facebook page that apparently belonged to  Alissa. In one post, the user of that page in 2019 posted “he believed his former high school was hacking his cell phone,” according to the Denver Post.

A commenter asked why the school would do that and he replied: “I believe part racism for sure … I believe someone spread rumors about me which are false and maybe that set it off,” the newspaper reported.

The Daily Beast highlighted Facebook posts it linked to Alissa where he “appeared to express fears that someone was targeting his phone for Islamophobic reasons.”

“Yeah if these racist islamophobic people would stop hacking my phone and let me have a normal life I probably could,” The Daily Beast said he posted in July 2019.

On his Facebook profile, which The Daily Beast said has been removed, he shared an article that criticized Donald Trump’s stance on immigration. He also posted against gay marriage and abortion, according to The Daily Beast.

The Daily Beast interviewed the suspect’s brother, Ali Aliwi Alissa, who said: “[It was] not at all a political statement, it’s mental illness.”

“The guy used to get bullied a lot in high school, he was like an outgoing kid but after he went to high school and got bullied a lot, he started becoming anti-social,” he told The Daily Beast.

In high school, his brother said, he would describe “being chased, someone is behind him, someone is looking for him,” according to The Daily Beast.

This is a breaking story and will be updated.