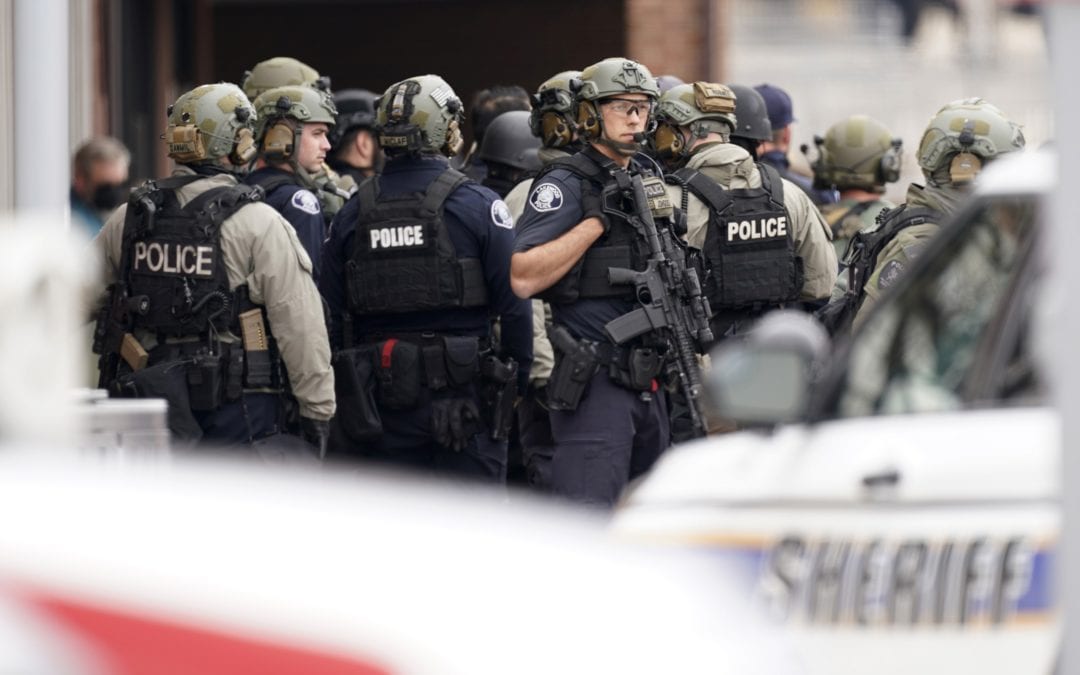 Chief: Our hearts go out to all families impacted. There are 10 fatalities. She identified slain Police Officer Eric Talley, who was one of the first on the scene. She calls officer’s actions “heroic.”