Colorado severe weather season: How to make sure you’re prepared 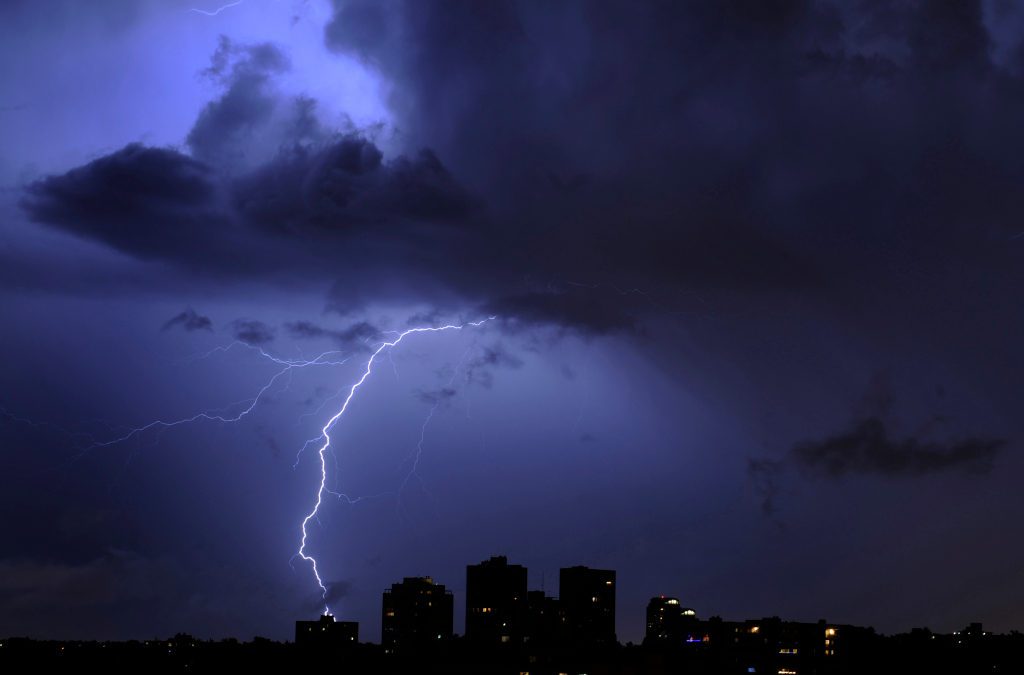 With Colorado severe weather season well underway, there is no better time than now to prepare for severe storms. Here in Colorado, we are no strangers to severe and unusual weather occurring any time of the year. From blizzards to flash floods to wildfires and tornadoes, we get them all. But right now, in May, June, July, and August, severe storms that carry hail, high winds and at times tornadoes tend to traverse our landscapes more frequently.

If you were here for the billion-dollar hail disaster in May of 2017, you know that hail and severe storms are nothing to joke about and can quickly become costly. Lightning and flash flooding from severe storms are some of the deadliest types of weather in Colorado and damaging winds can cause a huge problem for anyone in its path.

To avoid any unexpected severe storm trauma, the best thing to do is to be prepared for every severe weather phenomenon we can get in Colorado during spring and summer.

To understand the threats, you have to understand the forecast. The Storm Prediction Center (SPC) based in Norman, Okla., monitors severe storms and puts out a daily forecast based on the threats. Those range from a general risk for afternoon storms to “High” risk of seeing damaging storms hit an area.

At the beginning of a severe weather day, these threat levels will likely be the first thing you see in a morning forecast. The areas that are outlined with these risks usually are rather large in size and can cover multiple states.

Then come the watches and warnings. A watch, which can be a severe thunderstorm watch or a tornado watch, means “watch out” for potential strong storms. When these “watches” are issued, they typically include a smaller, more fine-tuned area equivalent to the size of half the state of Colorado, such as the Eastern Plains.

A severe thunderstorm or tornado “warning” is very localized and typically includes portions of individual counties that are about to get hit by a strong thunderstorm or tornado. Having a way to be alerted to these types of warnings is critical during severe weather season. Use a NOAA weather radio or the FEMA App to get these alerts fast. Most “warnings” will be sent to your phone as a Wireless Emergency Alert (WEA) if your location at the time is within the threat area.

The tornado threat in Colorado increases in May and continues through August. Ninety percent of Colorado tornadoes occur during this four-month period, but tornadoes have been reported as early as February and as late as November. According to the NWS, on average, Colorado experiences 53 tornadoes annually and they have occurred in most areas of the state, but historically, 95% of tornadoes occur along and east of Interstate 25 where heat and moisture in the lower atmosphere are often more abundant. Tornadoes can occur at every hour of the day, but most occur between 1 p.m. and 8 p.m.

An easy phrase to remember for tornado safety is to “get in, get down and cover-up.” Get inside a sturdy building, get down to the lowest floor or most interior room and cover your head. The best option for tornado safety is to be inside a well-built structure within a basement, safe room, or underground storm shelter. If none of these options are available, move to a hallway or a small interior room on the lowest floor such as a closet or bathroom. A room without windows is best.

Flash flooding refers to a dangerous sudden rise in water along a creek, river, or normally dry land area. Flash floods can occur within a few minutes or hours and can move at surprisingly high speeds, striking with little warning. These types of events are quite destructive because of the force of the moving water, and the debris that accumulates, such as trees and boulders, which can destroy roadways, bridges, and buildings.

Wildfire burn scars are a complication in flash flood forecasts. Heavy rain on burn scars, even for a brief amount of time, can cause flash flooding and debris flows. Burn scars are at higher risk for flooding for as much as five years after a wildfire. Residents in and near burned areas should plan ahead on response actions for flooding. Nearly half of all flash flood fatalities are vehicle-related – do not enter a flooded roadway, instead, “turn around, don’t drown.” In rapidly rising waters, backing up away from water may be safer. One or two feet of water will carry away most vehicles, and you also cannot tell if the road is damaged beneath moving water.

Hail often occurs in Colorado. Hail forms within storms as liquid water freezes in the cold mid and upper levels of the storms. The hailstones are kept aloft by strong updraft winds for a time and then fall to the ground. In Colorado, hailstones vary from pea size, around 3/8 of an inch in diameter, to softball size, around 4-1/2 inches in diameter. The state record hailstone fell on Bethune on Aug. 13, 2019. Measuring at 4.38 inches, it had a circumference of almost 13 inches and weighed over half a pound.

Hailstones can do tremendous damage to crops, either as large hailstones or as a large number of small hailstones accumulate to a depth of several inches. If you find yourself outside in a hailstorm, the first thing you should do is immediately find cover however you can. Hailstones can fall to the ground at 40-60 mph and can be the size of tennis balls or softballs, and something of this magnitude flying toward the ground can cause injuries to humans and animals. Parking your car under some sort of cover will help minimize damage to your vehicle but hail is rather tough to predict, especially where the large, damaging hail will fall so being prepared for strong storms, in general, is the best way to offset any unexpected encounters.

Lightning also ignites most forest and rangeland fires in the Centennial State. Many of these wildfires occur when lightning is generated from thunderstorms which produce little or no rainfall. This type of lightning is referred to as dry lightning.

The safest thing for you to do, if you are outside and lightning or thunder begins to occur, is to immediately get inside a substantial fully-enclosed building such as a house, a business or a church.  Metal-topped cars and trucks also offer excellent protection from lightning.  Once inside, keep all windows and doors closed and do not touch any metal inside the vehicle. It is recommended that you wait at least 30 minutes from the last rumble of thunder before returning outside.

As severe weather season continues, remember to take these threats seriously and always know the forecast before you go out to explore our wonderful state. Afternoon thunderstorms are almost a guarantee during the summer months and those who are caught outside hiking or enjoying the water may find themselves in a strong or severe storm that can bring multiple hazards with it and being prepared for those hazards is a good way to ensure you stay safe and ready.