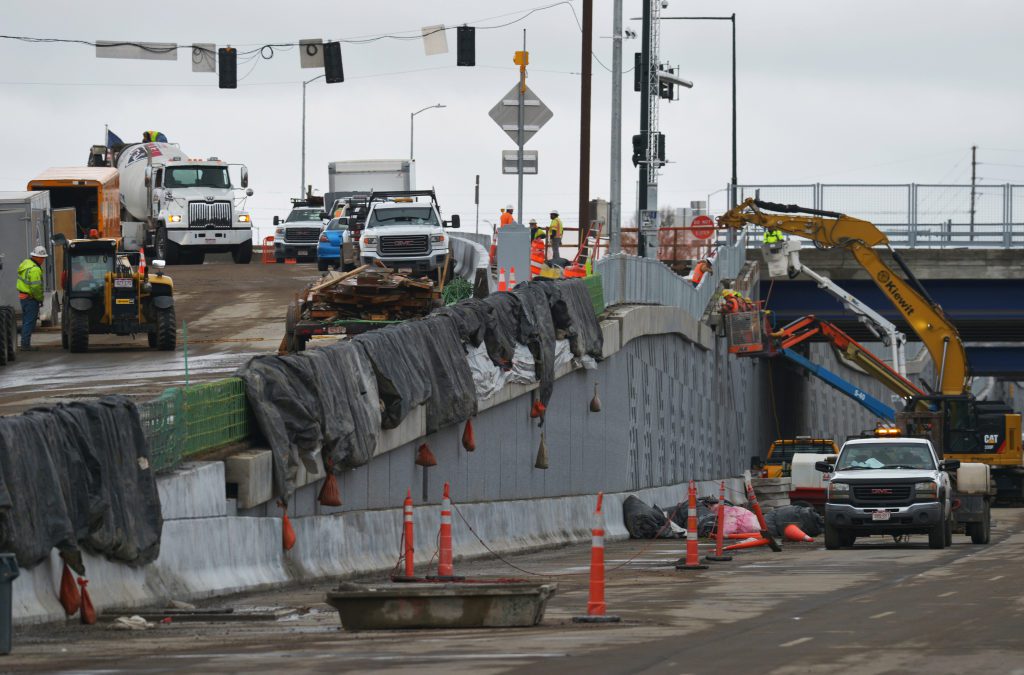 Senate Bill 260 passed the Senate 20-15. Most Republican senators opposed the bill over its reliance on a half-dozen or so new fees, without going to voters, and the focus on priorities besides highway improvements.

Sen. Faith Winter, a Westminster Democrat and one of the prime sponsors, said the bill would enable significant fixes to roads and bridges across the state while making the transportation system more sustainable — from both financial and climate perspectives.

“We are future-proofing both the funding (and) the maintenance, and also addressing the climate issues that are intrinsically tied to the transportation system,” she said before the vote.

Crossing party lines were Sen. Kevin Priola, R-Henderson, who co-sponsored the bill and voted yes, and Sen. Kerry Donovan, D-Vail, who voted no.

The new fees, taking effect in mid-2022, would raise an estimated $3.8 billion over the next decade, hitting consumers at the gas pump, when they order items for delivery — including from Amazon and other online retailers — and when they take Uber or Lyft rides. The trucking industry would pay more for diesel fuel, and electric vehicle owners would pay higher registration fees.

The rest of the money to pay for aspects of the bill would come from $1.5 billion in state budget transfers and stimulus money, though a good chunk of that already was planned. All told, the bill would pay for most of the Colorado Department of Transportation’s 10-year, $5 billion priority project plan. It also will pay for more multimodal projects along state highways; cover projects that mitigate environmental problems in some Front Range communities; and support the adoption of electric vehicles, from fleet conversions to charging infrastructure.

“Last I checked, most people in this state don’t want to be told what to do,” Sen. Ray Scott, R-Grand Junction, said about the electric vehicle push. “And I think we’re going to find that push-back is going to be strong on this bill. I won’t be surprised if there’s something on the ballot, which is unfortunate — but it may have to happen.”

Soon the House will take up the measure, which during months of stakeholder talks attracted wide-ranging support from business, local government and environmental interests. Elements of the latter group still disagree over whether they should get behind a bill that would expand some highways.

Among the proposed fees is a 2-cent-per-gallon gas charge that would increase to 8 cents by mid-2028, on top of the state’s existing 22-cent gas tax. The delivery fee would be 27 cents per purchase. Ride-hailing fees would range from 15 to 30 cents. Over the course of a decade, new registration fees — intended to offset how much owners save on gas — gradually would rise to $27 for a plug-in hybrid and $96 for a full-electric vehicle.

The new fees would not sunset, and several would be indexed to rise with inflation.