Colorado selected as fifth seed in NCAA Tournament, will face Georgetown in first round 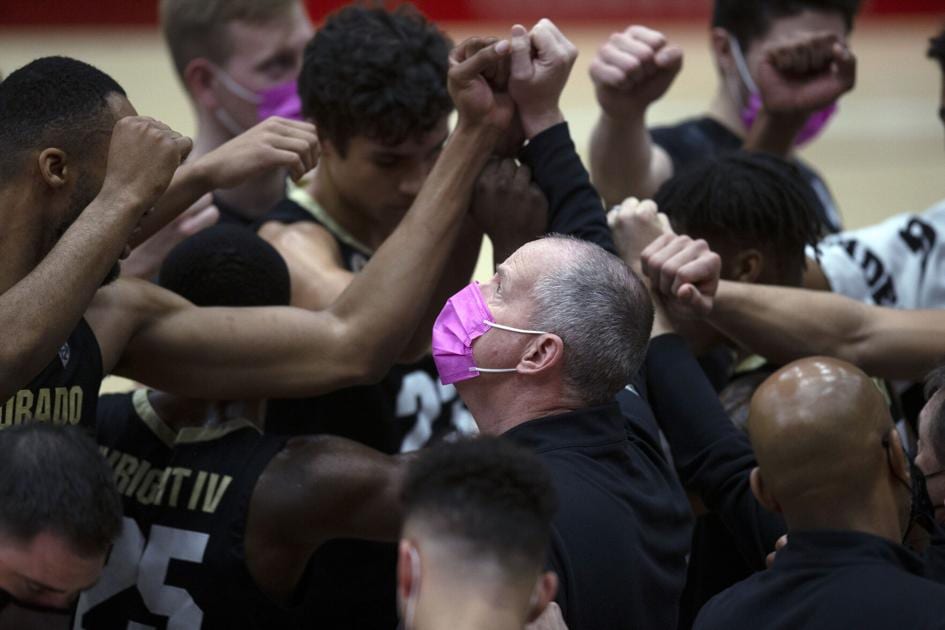 The Buffaloes (22-8, 14-7 Pac-12) are headed to Indianapolis as a No. 5 seed, facing 12th-seeded Georgetown (13-12, 7-9 Big East) in the first round of the NCAA Tournament on Saturday. This will be the first ever meeting between the two schools, with the winner taking on the winner of Florida State-UNC Greensboro on Monday, March 22 in the Round of 32. The exact time and channel of any of the games has yet to be announced.

This is Colorado’s 15th appearance in the tournament and first since 2016. It’s also coach Tad Boyle’s fifth appearance since arriving in Boulder in 2010. He has a 1-4 record all-time as a head coach in the tourney.

Colorado has won six of its last seven, falling most recently on Saturday night to Oregon State in the Pac-12 Championship game. Georgetown, meanwhile, is coming off a surprising Big East conference championship that earned its ticket to the dance.

Colorado, despite not having a single player on the roster who has played in the tournament, is one of the more experienced teams in the 68-team field, with seven seniors. The Buffaloes are hoping that plays in their favor.”

“It’s still basketball and we’ve still played a lot of games thus far,” said senior forward D’Shawn Schwartz. “We’re an experienced team and that gives us an advantage over some teams, and things of that nature. But we’re just excited and ready to play. Period.”

Georgetown will certainly be a formidable opponent, considering their recent wins over Villanova and Creighton. But Colorado is confident in itself, having prepared for this moment since last year’s tournament was cancelled due to the pandemic.

“We had a chance to go dancing last year, and that was ended because of covid,” said senior guard McKinley Wright IV. “This year, we’ve sacrificed so much — all our free time, all the time hanging out with our friends at CU — just so we could play ball this season. And it’s paying off for us.

“We’re ready to make a run in the tournament.”