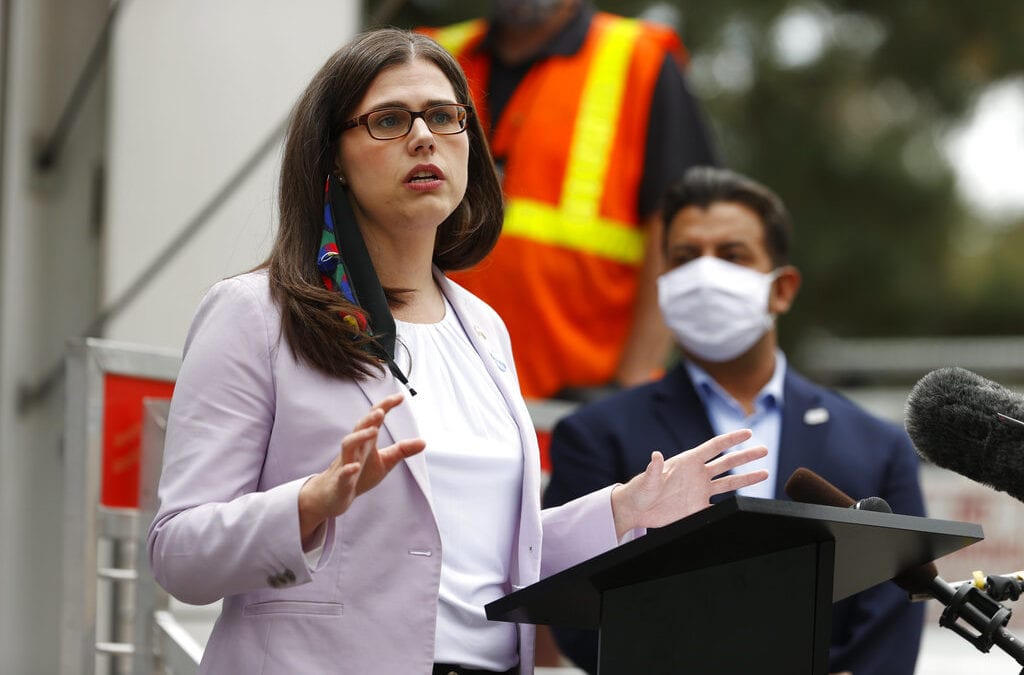 DENVER  |  Colorado’s Secretary of State Jena Griswold criticized President Donald Trump for misleading voters about one of the safest voting systems in the United States on Thursday.

“There is a lot of misinformation about this election. Unfortunately a lot of it comes form the President of United States,” Griswold said at a a virtual town hall Thursday, held to combat the malicious spread of false information and discuss the state’s mail-in voting and ballot tracking system.

Griswold, a Democrat, praised Colorado’s systems as being at the “forefront of accessible elections” including mail-in voting, which started in 2013. Griswold encouraged mail-in voting due to the health risks of the coronavirus pandemic and noted that there are over 350 ballot drop boxes across the state.

Colorado voters can also vote in-person at voting centers. The vast majority of voting in past elections has been by mail and by dropping off ballots at the drop boxes.

Under Griswold, the state used federal funds to expand a vote tracking system this year in which voters can receive text and email notifications that their ballots have been received and counted.

In Colorado, ballots will be sent out between Oct. 9 and 16 to the state’s more than 3.5 million active registered voters. She urged voters to return their ballots by mail by Oct. 26. Ballots mailed after that date aren’t guaranteed to be received by Election Day, Nov. 3, she said. Vote processing will begin 15 days before Election Day, Griswold said.

Griswold also criticized the Trump administration for cuts affecting the U.S. Postal Service delivery and who has baselessly questioned the security of all-mail balloting such as that used in Colorado.

Last week, the Postal Service agreed to destroy any USPS mailers with misleading information about Colorado mail voting that it had not already sent, settling a lawsuit filed by Griswold’s office.

In Griswold’s commitment to maintain the state’s reputation for secure voting, she has also criticized Postmaster General Louis DeJoy over Postal Service changes that slowed processing and delivery. In response, Colorado joined a multi-state lawsuit in which a federal judge in Washington state blocked the changes, calling it “a politically motivated attack on the efficiency of the Postal Service” before the 2020 election.

For all election news, registration, drop box locations or to sign up for the tracking system, visit Govotecolorado.gov.