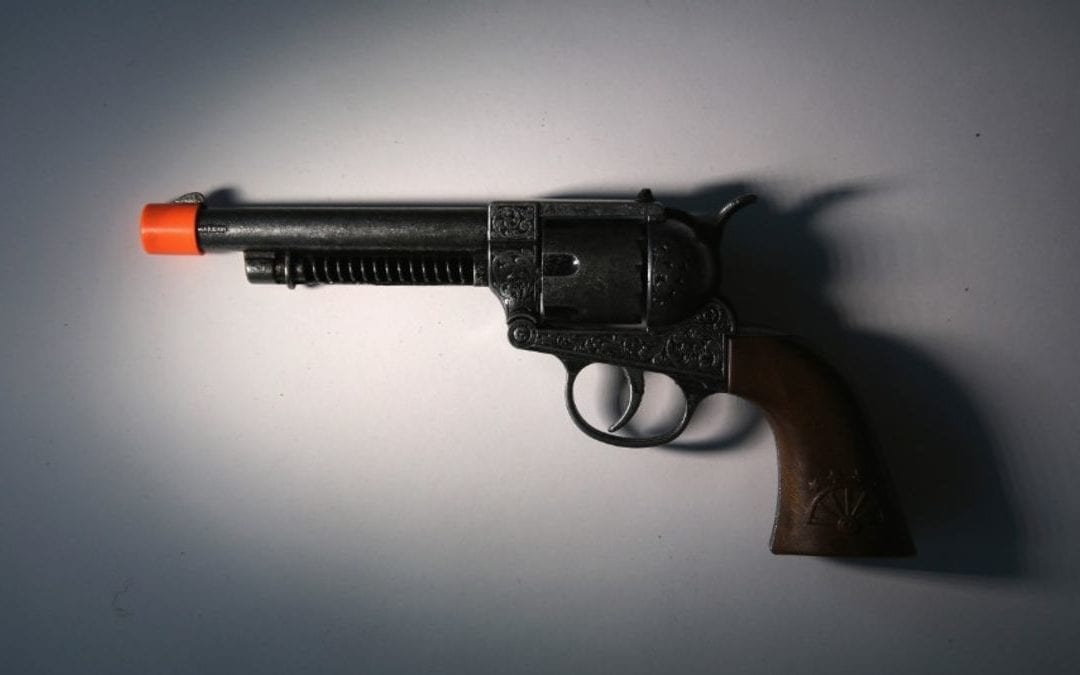 That’s it. That’s the lede.

On August 27, 12-year-old Isaiah Elliott was attending his virtual art class as a seventh-grader at Grand Mountain School in Colorado Springs, Co. Isaiah’s mother, Dani Elliott, told BuzzFeed News in a recent interview that at one point during the session, Isaiah picked up a “neon green toy gun” and moved it from one side of his computer screen to the other. And for that—for the simple, instinctive act of moving an obviously non-threatening inanimate object from one space to another in. his. own. house.—Elliot said her Black son was suspended and resource officers were called to the home.

Elliott said that Isaiah often has trouble concentrating during classes because he has attention-deficit/hyperactivity disorder (ADHD). She said that the school “had been made well aware” of her son’s ADHD diagnosis and that Isaiah has an IEP (Individualized Education Program) plan on file.

After the class concluded, Elliott said that she received an email from her son’s art teacher in which the teacher said that Isaiah had been “extremely distracted,” during the lesson.

The teacher wrote that there had been “a very serious issue with waving around a toy gun,” which she had reported to the school’s vice principal, according to Elliott.

Soon after getting the email, Elliott said that she received a call from Grand Mountain School Vice Principal Keri Lindaman informing her that she had called school resource officers from the El Paso County Sheriff’s Office to conduct a health and wellness check on Isaiah at the family’s home.

“An hour and a half after receiving [the teacher’s] email, I found out that the police were on their way,” she continued.

According to BuzzFeed, a redacted copy of the incident report says that Isaiah’s teacher told Lindaman “she assumed it was a toy gun but was not certain.”

If this story doesn’t already have you pissed off enough, prepare yourself to take a look at what this damn gun looks like.

Isaiah’s father, Curtis Elliott, was reportedly the first of his parents to see footage of the incident when resource officers who had recorded it on their body cameras after watching it in the vice principle’s office showed up to the family’s home.

“It was really frightening and upsetting for me as a parent, especially as the parent of an African-American young man, especially given what’s going on in our country right now,” Curtis told Fox 31.

Meanwhile, Dani, who at the time still hadn’t seen the video, told BuzzFeed that she wasn’t aware that class sessions were being recorded and that she would have contested that if she had known. Grand Mountain posted a statement to Facebook on Thursday addressing the recording of classes…and little else.

We understand there are many questions regarding an incident that took place during distance learning. There are also several inaccuracies being spread on social media. While we cannot get into details due to privacy laws, we want to clear up a few misconceptions. We never have or ever will condone any form of racism or discrimination. Safety will always be number one for our students and staff. We follow board policies and safety protocols consistently, whether we are in-person or distance learning. We utilize our School Resource Officers, who are trusted and trained professionals who work in our schools with our children, to ensure safety.

The platforms we use for distance learning have the feature to record classes for educational purposes. During our first week of school, we were still becoming familiar with the platform. It is not our current practice to record classes at this time. Parents will be notified if that changes. We will continue to support all families in our school to make sure they feel safe, respected, and educated.

But see…nah. I really need these people to explain how they’re ensuring the safety of anyone from anything by calling the police to a Black family’s home because (and y’all are just going to have to excuse my caps lock on this one), THROUGH A MOTHER FUCKING COMPUTER SCREEN, a teacher caught a glimpse of a bright-ass green non-gun that is obviously a toy.

Then there’s this from BuzzFeed:

Isaiah’s official notice of suspension, which Elliott provided to BuzzFeed News, said that he was guilty of “violation of district or building policies or procedures” and “behavior on or off school property which is detrimental to the welfare, safety, or morals of other pupils or school personnel.”

“Isaiah displayed and waved a firearm facsimile during a virtual classroom on Aug. 27, 2020,” the document said.

Even though the incident occurred at their home, Elliott said that the suspension notice was written in a way that made it sound like Isaiah had brought the toy gun to school and had disrupted his class.

“This could potentially impact his future… look at everything that’s going on in the world today,” Eliott said. “God forbid something happens to my son down the road, people could look at this and decide he doesn’t deserve justice. I know that sounds extreme… it’s a very real reality for us.”