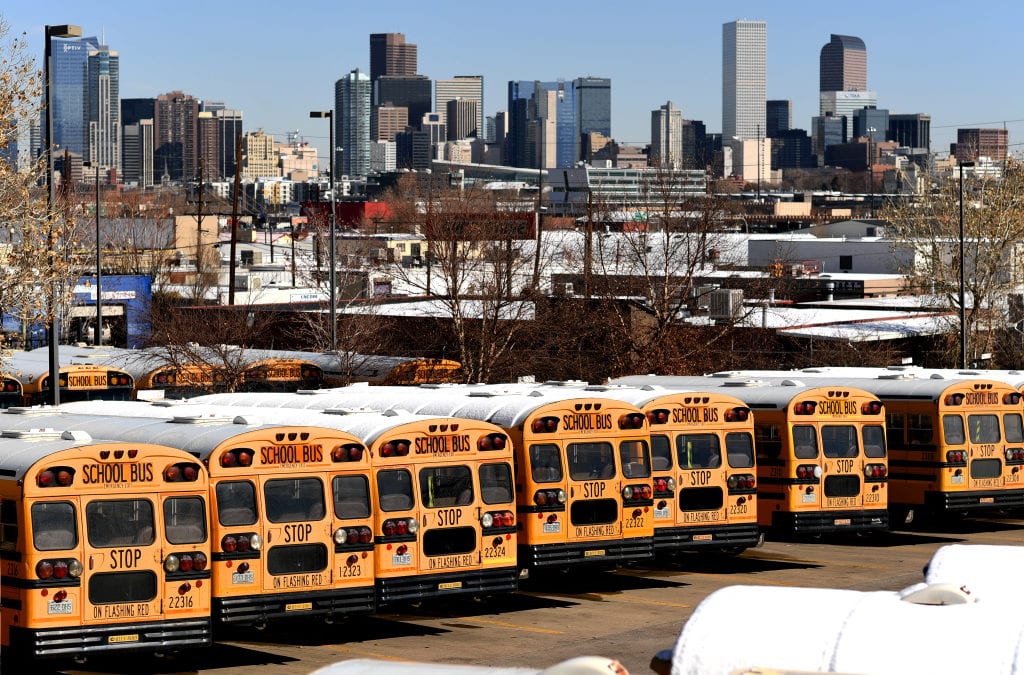 Days after Colorado Gov. Jared Polis insisted elementary schools should remain open for in-person learning despite a record surge in COVID-19 cases, school leaders statewide are calling on him to help make that happen.

The Colorado Association of School Executives (CASE) sent a letter to the governor Thursday asking officials to revise the state’s quarantine and contact tracing rules for educational institutions, saying they prohibit schools from hosting in-person classes. CASE, which represents 2,300 superintendents, principals and other school administrators, also implored Polis to clearly communicate to residents why schools are closing.

“School administrators across the state are confronted by the brutal fact that school closures are driven by one factor: the guidelines and restrictions issued by (the Colorado Department of Public Health & Environment),” the letter said. “It’s this combination of quarantine, cohort and contact tracing rules developed by the state that are making it impossible for schools to stay open, not any decision or lack of willingness and effort on the part of superintendents.”

Conor Cahill, spokesman for the governor’s office, said Polis’ “top priority” is expanding in-person learning and his recent efforts to curb the spread of COVID-19, including extending the mask mandate, are aimed at that goal.

“The governor appreciates that while schools can operate safely, many are suffering from personnel shortages as community spread exponentially grows,” Cahill said.

But CASE’s letter came in response to statements he made earlier this week, when he announced updates to the state’s color-coded dial that gauges the COVID-19 risk in each county. , meaning there will be tighter restrictions on how restaurants, gyms and other businesses operate.

Polis pushed for in-person learning, saying, “We feel that based on the data, for many families and for many kids, that is the safest place they can be with the safety parameters that we have at school.”

But there has been a disconnect between the ambitions and realities of the fall semester. If a student or teacher tests positive for COVID-19, for example, their entire class or cohort is required to quarantine for 14 days, according to the Department of Public Health and Environment’s guidance. That has caused staffing shortages in many schools and forced them to move to remote learning.

In October, CDPHE loosened the guidance slightly, allowing districts to use what it calls targeted quarantining to send home only those people determined to be in close contact with an infected person. The agency defines a close contact as someone who was within six feet of a test-positive person for more than 15 minutes. However, districts may only use the targeted approach when their county is below Level Orange on the state dial, among other restrictions.

“After your press conference on Nov. 17, superintendents across the state received angry and frustrated messages from parents about why schools are closed when the Governor publicly called them safe spaces that should be open in person,” CASE’s letter said. “At a time when many superintendents have been forced to move their district to remote learning due to the Status Dial, public comments with all the reasons why schools should be in person only breed misunderstandings among parents that undermine our shared goal of reopening.”

Bret Miles, executive director of CASE, said he hopes to work with officials to reevaluate quarantine, contact tracing and cohorting protocols “responsibly, but with as much flexibility as possible” to ensure students can learn in the classroom without too much disruption in the future. (Most districts have already committed to remote learning through the end of this semester.)

Statewide, plans for in-person learning have been on-again, off-again as the rate of COVID-19 has fluctuated. On Thursday, the Colorado Education Association, the state’s largest teachers union, called on districts to set clear, communicable and transparent guidelines for when they would be learning in-person, on a hybrid schedule or in a remote setting. The group suggested using the two-week positivity rate as the sole metric for determining when to switch between formats; however, it said each district should individually set its own thresholds.