Colorado school calls police on boy, 12, for having toy gun during virtual class 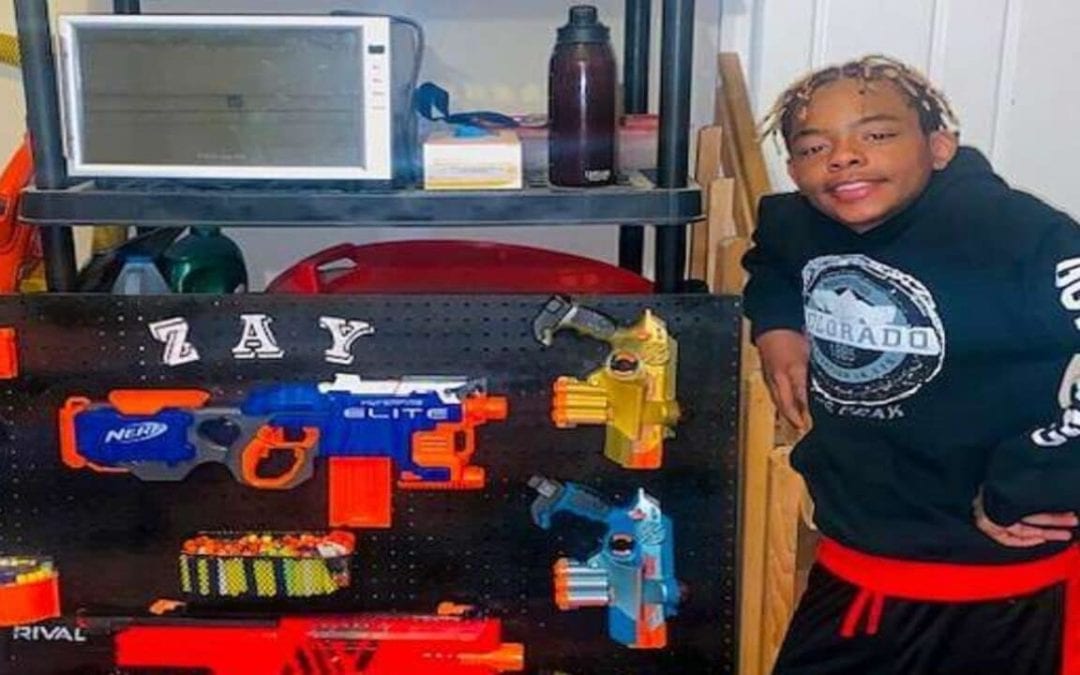 Seventh-grader Isaiah Elliott was participating in a Grand Mountain School art class when his teacher saw the toy gun onscreen.

A 12-year-old Colorado boy was suspended for five days from his school for “waving” a toy gun around during a virtual class. However, both he and his parents assert that the toy was moved from one side of his computer screen to the other.

Seventh-grader Isaiah Elliott was participating in an art class on his third day of distance learning on Aug. 27 when his teacher saw the toy on the screen. The vice principal of Grand Mountain School in Colorado Springs sent an email to his parents saying that the boy was “extremely distracted.” The vice-principal also noted that there had been “a very serious issue with waving around a toy gun.”

That vice principal, Keri Lindaman, informed the Elliotts that she had called school resource officers from the local county sheriff’s office to conduct a health and wellness check on the boy at the family home.

The original report by Buzzfeed notes that El Paso County Sheriff’s officers revealed footage of the incident to the boy’s father, Curtis Elliott, videotape that had been recorded by the instructor and shown to them in the vice principal’s office.

His official notice of suspension states “Isaiah displayed and waved a firearm facsimile during a virtual classroom on Aug. 27, 2020.” But his father, upon viewing tape, said the boy, sitting on their sofa, had merely moved the plastic toy — labeled “Zombie Hunter” — from one side to the other, not wave it in a threatening manner.

Also, the Elliotts said that they had not permitted for their son to be recorded, according to matriarch Dani Elliott. The school noted that it was not their “current practice” to record classes, but said they had just added a new platform and were still becoming familiar with the system.

The Elliotts are planning to remove Isaiah, who has attention-deficit/hyperactivity disorder (ADHD), from the school district. They are currently considering a charter school more conducive to his needs.

Grand Mountain School was aware of his diagnosis, and he reportedly has an individualized education plan there on file.

School officials wrote a statement on Facebook noting that “safety will always be number one for our students and staff.” They attested that the school follows “board policies and safety protocols consistently, whether we are in-person or distance learning.”

Dani Elliott expressed concern because young Isaiah’s suspension notice was written in a way that sounded like the incident occurred on school grounds, which could affect his future permanent records.

“God forbid something happens to my son down the road,” she said. “People could look at this and decide he doesn’t deserve justice. I know that sounds extreme … it’s a very real reality for us.”

The case inspired comments on social media that reminded the school of the police killing of Tamir Rice, who was playing with a similar gun in a Cleveland park when he was shot to death by police in 2014.

Have you subscribed to theGrio’s “Dear Culture” podcast? Download our newest episodes now!

The post Colorado school calls police on boy, 12, for having toy gun during virtual class appeared first on TheGrio.