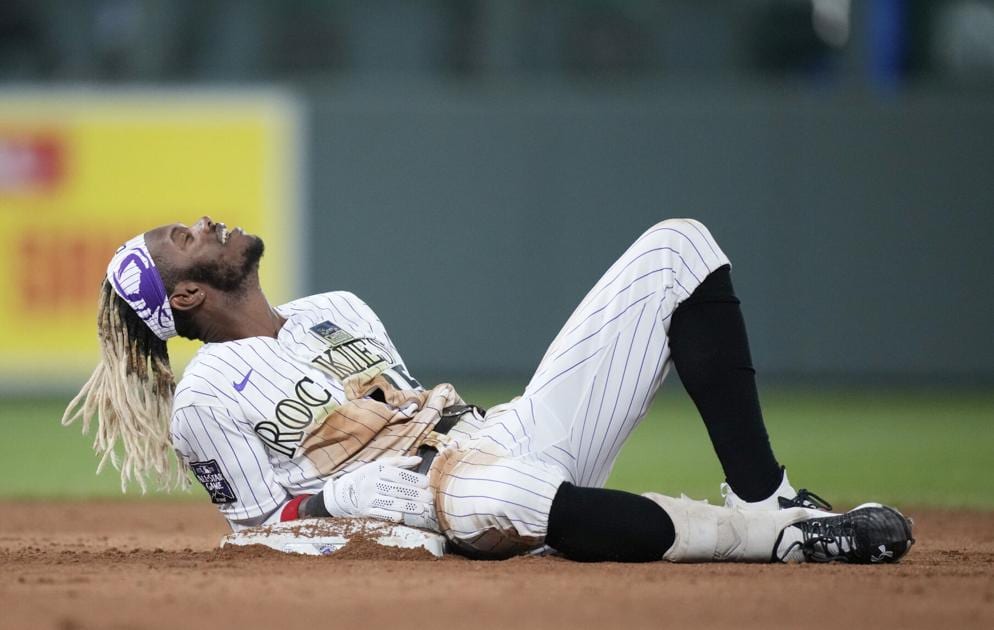 DENVER — It was a hustle and bustle between two of the league’s worst teams on Wednesday night.

In the end, it was the Rockies who came out on top 6-3 in a game that included multiple missed plays by both teams.

The Rangers have lost 14 straight on the road. If anyone can relate to their problems, it’s the Rockies. Although the Rangers have more road wins — they are 9-22, compared to the Rockies’ 4-22 — they have both entered their respective record books lately.

Coors Field is a different story though for the Rockies, and it showed Wednesday.

Antonio Senzatela was efficient, pitching 7 2/3 innings. He relied on his fastball, and mixed it up with some sliders along the way. He allowed just one earned run on five hits. Senzatela also walked just two, and has the lowest average walk rate among the Rockies starters with 2.6. He had three strikeouts, and got the majority of his outs from ground balls. He threw the ball inside to lefties, and got the ball to both sides of the plate.

“It doesn’t surprise me what you are witnessing,” manager Bud Black said. “He’s pitched some really good games and has come out of games with the games in the balance. He’s kept us in games.”

On defense, both Raimel Tapia and Garrett Hampson mis-timed plays that they could have made. But they made up for it on offense, a spot where Tapia and Hampson have been limited in production lately. Tapia, who was 0 for 5 the day prior, had three RBIs and three hits. Hampson had his first hit since May 27 in the second inning, and he added another in the eighth.

“I knew the results are going to be there in time,” Tapia said. “I still have to maintain my conference in every at-bat and continue to have fun and keep working hard.”

The Rangers took the lead first, off a single from Isiah Kiner-Falefa. But the Rockies came back in the fourth, with Josh Fuentes scoring on a sacrifice fly from Ryan McMahon. In the sixth, Tapia hit his second double of the game as Fuentes and Dom Nunez scored to give the Rockies the lead. Fuentes also hit a home run, his fifth of the season, and Tapia hit a RBI single in the eighth to add some protection to the Rockies’ lead.

The bullpen got the job done again Wednesday, with Carlos Estévez and Daniel Bard wrapping up the game after Senzatela departed.

Austin Gomber will pitch on Thursday as the Rockies go for the sweep over the Rangers. Gomber and Jon Gray swapped spots in the rotation after they both hit in the doubleheader, so that the team could split up Gomber and Kyle Freeland, the two left-handed starters.