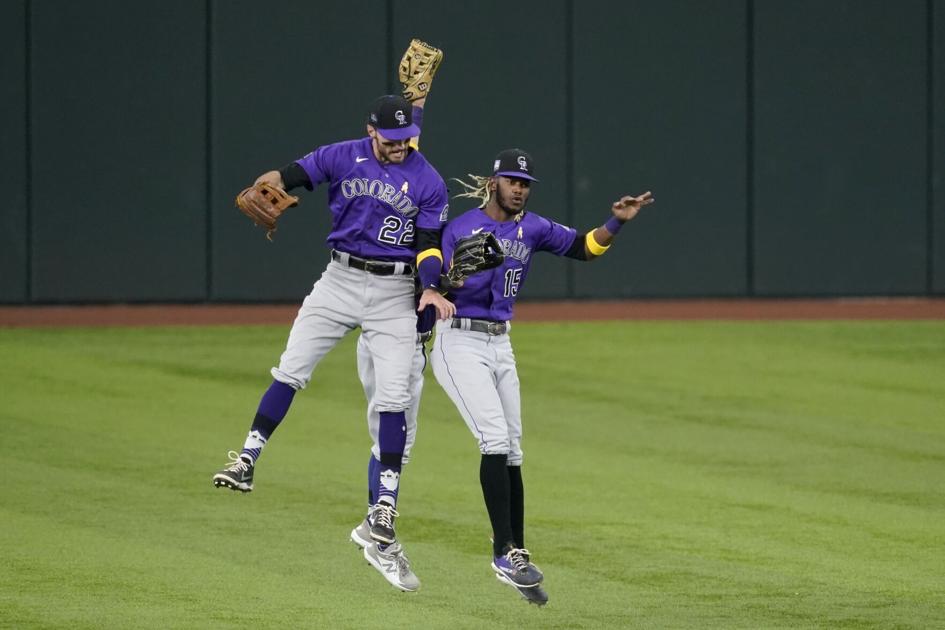 When the Rockies needed it most, Brendan Rodgers came through.

Rodgers, their former top draft pick turned big hope for the future, had the first Rockies’ hit in the fourth inning, a towering home run to change the momentum after the Rockies dug themselves into a five-run hole in the second inning.

Then, in the top of the ninth with the Rockies on the verge of dropping a third straight game by one run, Rodgers came up big again. He hit a double to center field, giving plenty of time for Garrett Hampson and Elias Díaz to round the bases.

“I think we are starting to see the talent show up,” manager Bud Black said about Rodgers. “I think he’s going to hit. It’s good to see.”

The Rockies added three more runs in the ninth, thanks to four errors from the Rangers, to win 9-5. Instead of heading back to Coors with their heads hung low, the Rockies will carry a little bit of momentum into the start of their seven-game homestand. They finished 4-6 on this road trip, just the second time this season they’ve won four games on one trip.

“We needed to win that game after the last two nights,” Rodgers said. “It was definitely big to get this win for the last game of the road trip.”

Kyle Freeland started off strong, but exited in the second inning. He threw just 21 pitches. He felt discomfort in his hip warming up, and had trouble pushing off the rubber and driving down the mound. He thought it would get better as the game went along, but it didn’t. He was diagnosed with left hip impingement, and they are hopeful that he won’t have to go on the injured list. This came just a few hours after fellow starter Jon Gray was placed on the injured list with right forearm tightness, a precautionary move after Gray felt soreness from his bullpen session.

So Freeland passed a scoreless game off to Justin Lawrence, recalled in the morning as part of the September additions. He has a unique sidearm delivery that can top 100 mph, but command has been an issue for him in his brief time in the major leagues this season. The same was true Wednesday, and he walked two and was credited for three earned runs in one-third of an inning.

Ben Bowden completed the second inning, which took 35 minutes and three pitchers to get three outs. The rest of the bullpen — Robert Stephenson, Daniel Bard, Jhoulys Chacín and Carlos Estévez — held the Rangers scoreless for the rest of the game, giving the offense a chance to come storming back.

“A little rough second, for sure,” Black said. “Our veteran relievers did a really nice job of finishing the game.”