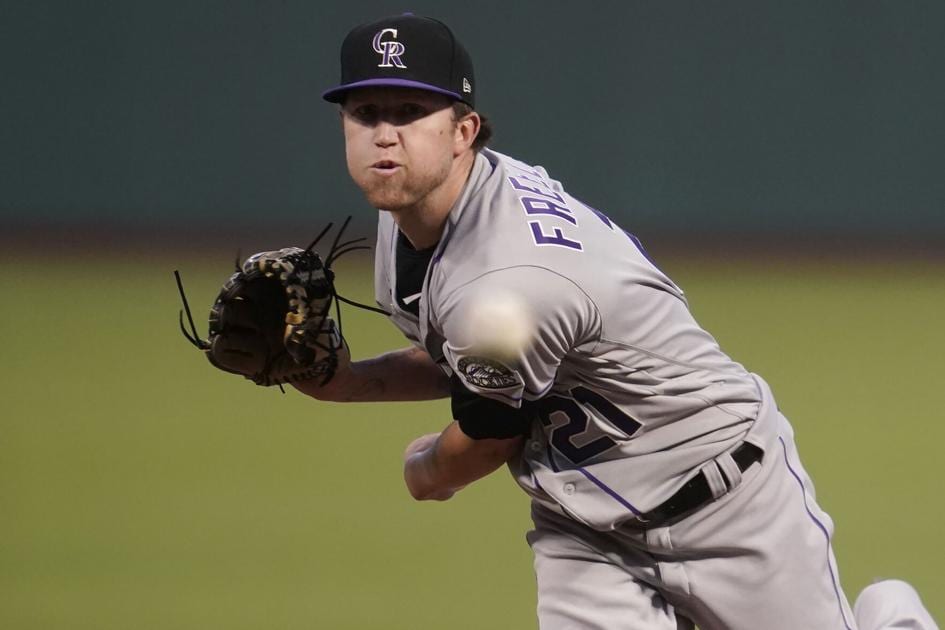 The bonds that could carry the Colorado Rockies through these self-inflicted dark times were forged in hotel rooms across New England five years ago.

The 2016 Hartford Yard Goats couldn’t play home games that year as their new stadium was under construction. So the Double-A team, including current Rockies pitchers Kyle Freeland, German Marquez and Antonio Senzatela and infielder Ryan McMahon, set out on a season-long road trip.

“That was a grind that nobody besides us knows,” Freeland said. “That kind of bond that we have been able to create allows us to trust one other at the big-league level.”

On Thursday, the Rockies went through the first workouts after pitchers and catchers had officially reported to the team’s facilities at Salt River Fields at Talking Stick in Scottsdale, Ariz., the previous day. The January trade of superstar Nolan Arenado squashed, externally at least, the optimism and excitement that generally come standard with the start of spring training.

That’s not to say the Rockies don’t have excitement and motivation, it’s just that they are more at the personal level instead of automatic.

“I’m excited with where I’m at,” said reliever Scott Oberg, back after a year away that included surgery to remove a rib in an effort to combat recurring blood clots.

“I’m definitely excited for new challenges,” said pitcher Austin Gomber, one of four players acquired from St. Louis in the deal for Arenado.

“I think it’s going to be really exciting to see what we can do because the pieces are there,” said Freeland, whose encouragement runs deep and is based on a shared climb with other core players on the team. “It all falls on us now to execute every five days and show that consistency.”

Last year — in a shortened, 60-game season — the Rockies four most valuable players (according to baseball-reference.com’s Wins Above Replacement) were Marquez, Freeland, Senzatela and shortstop Trevor Story, all of whom return. McMahon, the likely candidate to take over at third base, slugged .531 and played strong defense over the final nine games of the season after replacing the injured Arenado at third – his natural position.

“Nolan’s a great player. High caliber. We’re going to miss him,” Freeland said. “But at the same time, it takes nine guys to win a baseball game. We’ve got guys ready to step up and fill those shoes and take care of business over there at the hot corner.”

Fans aren’t ready to hear this, Freeland understands. He’s a fan himself, having grown up in Denver. For many, the sky fell along with the curtain on Arenado’s time in purple.

That gloom is now fuel.

“I think it should be our sole motivating factor,” Freeland said. “We haven’t played a spring training game. It’s Day 1 of pitchers and catchers, and people are already counting us out. That’s kind of the position I like to be in: being an underdog, being someone who the general public thinks is not going to perform at all. I think as a whole team we are using that as a chip on our shoulder to push us through this season, and go out and shock the world and prove that is wrong.”

Manager Bud Black encouraged that underdog mindset, and in 25 minutes on a Zoom call Thursday morning mentioned the Arenado deal only briefly. He said, “we’ve come to grips with that,” the page has to be turned quickly and “you can’t dwell on certain things.”

Then he explained how he has been able to do that. He told of the intrigue with C.J. Cron, the newly signed first baseman who comes in as a low-risk bet on a minor league deal. He noted the depth in the infield, the quality of the bullpen and the strength of the rotation.

Black was part of the 1985 Kansas City Royals rotation. That team ranked 13th out of 14 American League teams in runs scored, yet the homegrown pitching staff posted the league’s second-best ERA. That team won the World Series.

So when Black looks at the Rockies’ chances based on pitching, he’s doing so with an optimism grounded in personal history.

And his history with this rotation runs deep. Not long after Freeland, Marquez and Senzatela wrapped that year as wandering Yard Goats, they found themselves in Black’s office with word they had made the big-league club.

Freeland vividly recalls those conversations. And he’s watched them develop: Freeland into a fourth-place finisher in Cy Young voting in 2018, Marquez into the league leader in innings pitched last year, and Senzatela into the team’s most consistent pitcher a year ago.

There’s a deep history there, and it has led to an internal excitement even as the outside perception calls for the opposite.