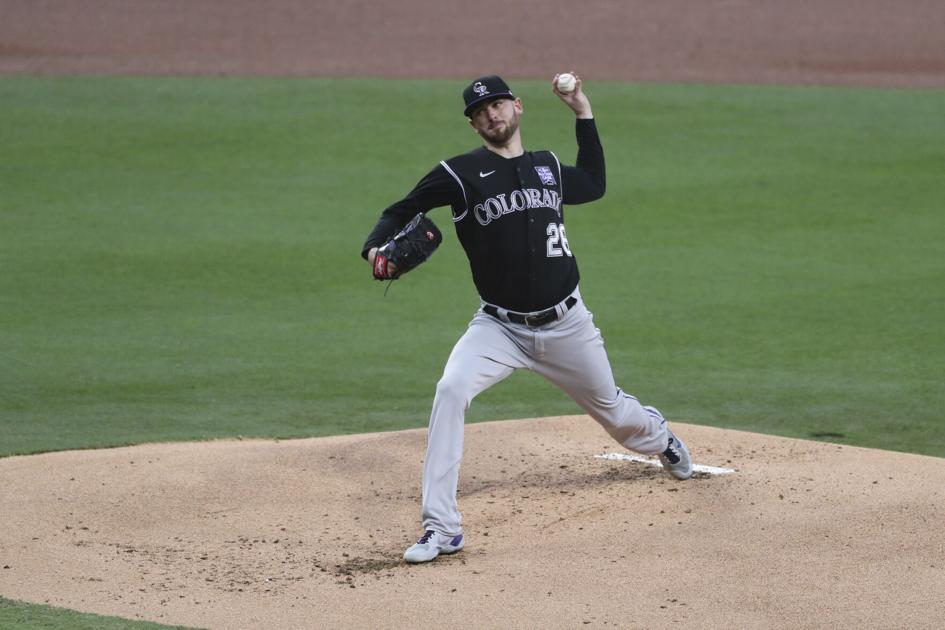 The Rockies got a peek on Tuesday night of what their lineup could play like when they are fully healthy. More reinforcements could be coming as soon as this weekend.

The team has, at times in recent weeks, had rookies filling over half of the lineup. With CJ Cron (back strain) activated from the injured list and Charlie Blackmon (mild groin strain) back in the lineup, the Rockies looked stronger than just a night ago.

But in the end, the result was the same. The Rockies fell to the Padres 2-1 in 10 innings, with the Padres scoring the winning run on a wild pitch.

“A game like today is a great learning experience for a lot of our lesser service players,” manager Bud Black said. “In close games, experience really helps. Our guys are learning on the fly.”

The Rockies are 2-16 on the road, and 22 of their games have been decided by two or fewer runs.

“I think it’s no secret it hasn’t been the start that any of us wanted,” Cron said. “Whatever the reason may be. We need to find a way to put it behind us and start playing better.”

The Rockies may soon be getting more veterans back, with Brendan Rodgers (hamstring strain) making what could possibly be one of his last rehab starts with Triple-A on Tuesday night. He went 2 for 4, and is 7 for 15 in five rehab starts. More importantly, he was able to play nine innings for the second game in a row as he works to improve his stamina. Kyle Freeland, another missing piece, will be making his second, and possibly final, rehab start on Thursday.

But in San Diego on Tuesday, the Rockies already showed some signs of improvements with the additions of Cron and Blackmon. In the second inning, batting cleanup, Cron hit a line-drive single on the first pitch he saw. He’s only been able to hit for two days since his back spasmed, but he had been able to work out in the infield for about a week now.

Blackmon, hitting right behind Cron, hit a double. Then came Josh Fuentes, the reigning National League player of the week, who hit a double to score Cron. That was the first RBI on the road this year for Fuentes, and 24th of the season.

They had chances after that — with Fuentes hitting the first triple of his career in the fourth and Cron adding a double in the sixth — but they weren’t able to string any more hits together.

In the top of the ninth, the Rockies loaded the bases, and used Dom Núñez, their last bench player, to pinch hit in the pitcher’s spot. He grounded out, sending the game to the top of the ninth, where Daniel Bard had two strikeouts to extend the game to the 10th. The Rockies got nothing going in the 10th, and in the bottom of the inning Bard threw the wild pitch that allowed the Padres to score.

Austin Gomber pitched six innings, allowing five hits. His seven strikeouts tied the career high he set earlier this season. Gomber once again showed his range, using a four-pitch mix to hold the Padres to just one run. Since having command issues early in the season — he had seven walks in his Rockies debut — Gomber hasn’t allowed more than one walk in his starts this month.

His last start was also against the Padres, and he had to prepare to face virtually the same lineup again five days after. He picked up cues, like learning to be more aggressive with his fastball early on against the Padres.

“He’s learning too,” Black said. “He doesn’t have a lot of major league innings under his belt. We have a lot of confidence in him moving forward.”

Jordan Sheffield had a 1-2-3 inning in the seventh, striking out two. Sheffield, one of four rookies in the bullpen, has now put in 12 scoreless innings of relief work.