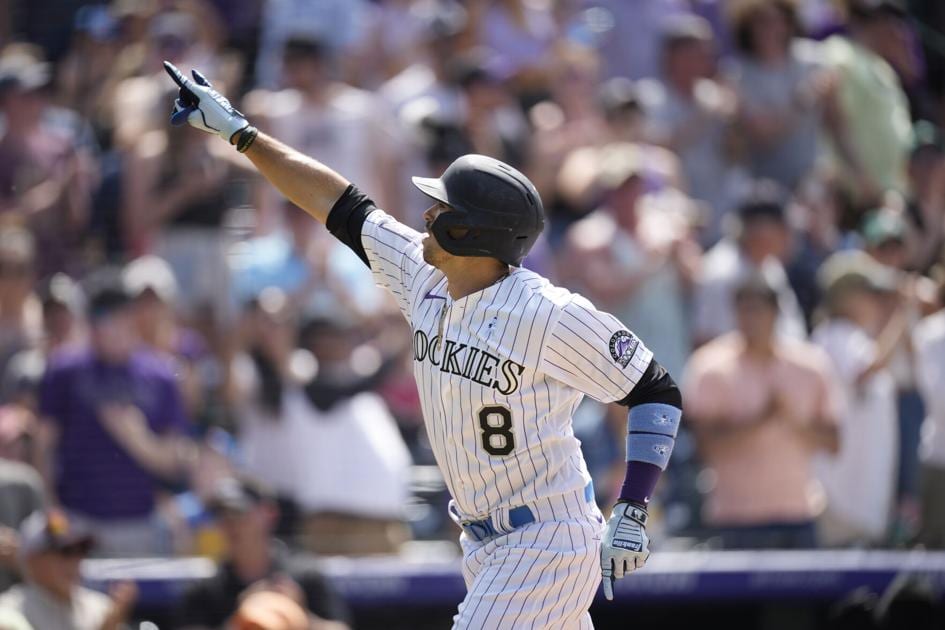 DENVER — Even a six-run sixth inning wasn’t enough for the Rockies.

In typical Coors Field fashion, the Rockies belted four home runs in the sixth to tie the score at 6-6. But it all came crashing down in the top of the ninth, with Daniel Bard on the mound. Rookie catcher Dom Nuñez missed a tag at home that would have kept the game tied. Instead, the Brewers went on to win 7-6.

“It was a learning experience for Dom,” manager Bud Black said. “He’s learned a lot. He’ll continue to learn the rest of the way.”

The Rockies, though, still won five out of seven games in this home stand, sweeping the Padres earlier in the week and winning two out of four against the Brewers.

But now, as is the case every time the Rockies finish a home stand, the real test is about to begin. They head on a five-game trip, with two valuable days off mixed in. They are an MLB-worst 5-25 away from Coors Field, averaging less than three runs a game.

“We are going into it confident,” Trevor Story said. “Offensively, we played really well for seven games straight and I don’t think that comes by luck or by chance.”

At the top of the lineup, Raimel Tapia and Yonathan Daza have turned into quite the one-two punch. Tapia opened the bottom of the sixth inning by hitting a single to center field to extend his hitting streak to 17 games, the longest active one in MLB. Daza then showed off some power, hitting a home run to left field.

But the Father’s Day home run party didn’t stop there. Trevor Story, CJ Cron and Joshua Fuentes also hit home runs in the sixth inning. For Cron, it was his fourth this week, after going over a month without hitting it out of the park. It was the third time in franchise history that the Rockies belted four home runs in one inning.

“That’s what we do, we feed off each other,” Fuentes said. “Unfortunately it took us a couple innings, but as long as we can do that, we’re going to swing the bat. That’s awesome.”

The Rockies didn’t get a stellar performance from starting pitcher Chi Chi González, who started off slow, as he has in his previous two starts. He gave up two runs in the first and second, and another in the fourth. His success comes from his slider and soft-contact ground outs, but he rarely used his slider Sunday. In his last start, González was able to combat his early innings shortcomings by shifting back to that approach.

Prior to the game, the Rockies placed Austin Gomber on the 10-day injured list with left forearm tightness. He left the game the night prior after the second inning, and had an MRI done to find out the severity of the injury. The Rockies selected the contract of right-handed pitcher Joe Harvey from Triple-A. Harvey started the season by throwing 12 scoreless innings, and held a 2.53 ERA.

Justin Sheffield, who was placed on the 10-day injured list with a right lat strain June 5, was moved to the 60-day injured list. Jon Gray, who is recovering from a flexor strain, threw 62 pitches in a rehab game with Triple-A Albuquerque on Sunday and is expected to make his next start next weekend in Milwaukee.