Colorado Rockies fall again on the road, this time 11-4 to the Marlins 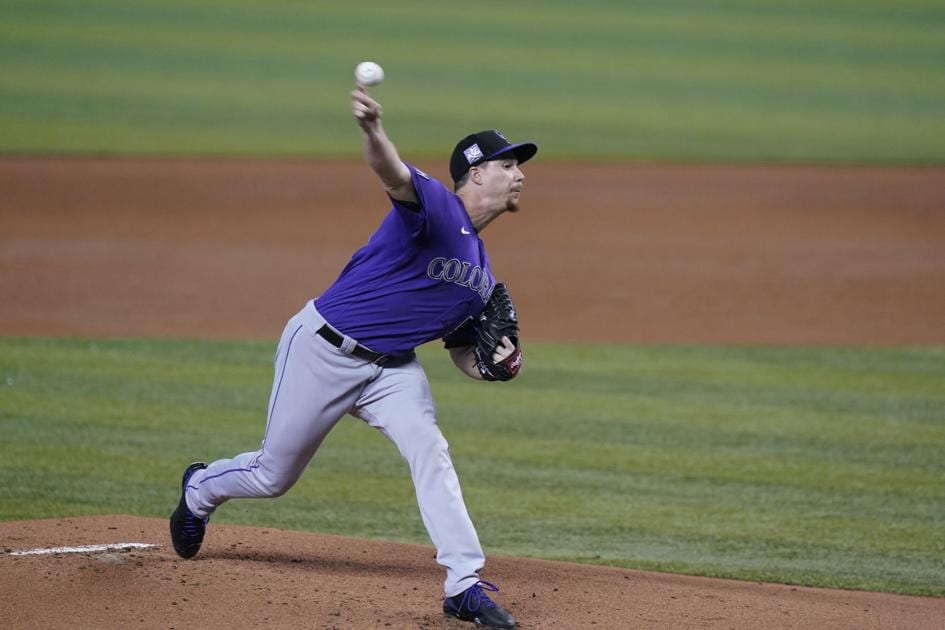 Thirty years ago on this date, Denver and Miami were awarded expansion teams. On Wednesday in the sunshine state, the Rockies and Marlins showed that they are headed in opposite directions.

The Marlins, fresh off a playoff berth in 2020, had their young left-handed pitcher Trevor Rogers on the mound. The 13th overall selection in the 2017 draft, Rogers carried a 1.97 ERA into his start, the fifth best in MLB.

He held the Rockies captive on Wednesday, as they managed just two runs against Rogers and four total as the Marlins went on to win 11-4. The Rockies had a chance to win their first road series of the season, but will now fall to 5-24 away from Coors Field. They haven’t won a series in Miami since 2013.

Rogers, just 23 years old, was efficient and in command, pitching seven innings. He allowed on hit in the first inning — a single by Charlie Blackmon in the first — and was lights-out until the seventh. Rogers has not allowed more than three runs in 13 games this season.

Chi Chi González, meanwhile, had the opposite of a good day.

Filling in for Jon Gray, who is on the injured list with right flexor strain, González had a career day, but with new highs no pitcher wants to set. He allowed 11 hits, beating his previous high of 10. The eight runs and three home runs were also above his previous marks of seven and two, respectively.

“These were mistakes,” Black said. “The Marlins made him pay tonight.”

After a 1-2-3 first inning, the second inning quickly turned into an avalanche. Adam Duvall hit a two-run home run, followed by Jazz Chisholm Jr. with a three-run shot. Starling Marte also got in on the fun, adding a solo homer to make it 6-0 Marlins. González was taken out after the fifth with the Marlins leading 8-0, and was replaced by Jhoulys Chacín, who gave up three more runs.

González said he felt fine during his warmup routine, but that didn’t carry over into the game time. His location was off, and he wasn’t able to locate the ball. He had multiple pitches that were up over the plate, including the home run to Duvall.

The Rockies will need González to make at least one more start for Gray before he is eligible to come off the injured list. a

“I made mistakes and they took advantage of it,” González said. “Any mistake I made they hit hard.”

Down 11-0 in the seventh, Rogers showed his only signs of weaknesses. Brendan Rodgers, pinch hitting for Chacín, hit a home run, just the second of his career.

“All these things for Brendan, they help him relax and exhale,” Black said. “These types of games where he homers and gets a hit will help him a lot.”

It gave the Rockies a small dose of momentum, with Trevor Story hitting a single directly after in his first game back from the injured list. Ryan McMahon then hit a double, and Yonathan Daza had a ground out RBI to score Story.

The Rockies came away with two runs there, and loaded the bases in the eighth with no outs. Rogers hit a RBI single to score one run, and Ryan McMahon had a sacrifice fly to add another, but that’s all they could string together.

“The biggest thing I see is these guys don’t quit,” Story said. “We pride ourselves on grinding. Obviously we aren’t winning as many games as we want right now, but we come every day prepared to win.”