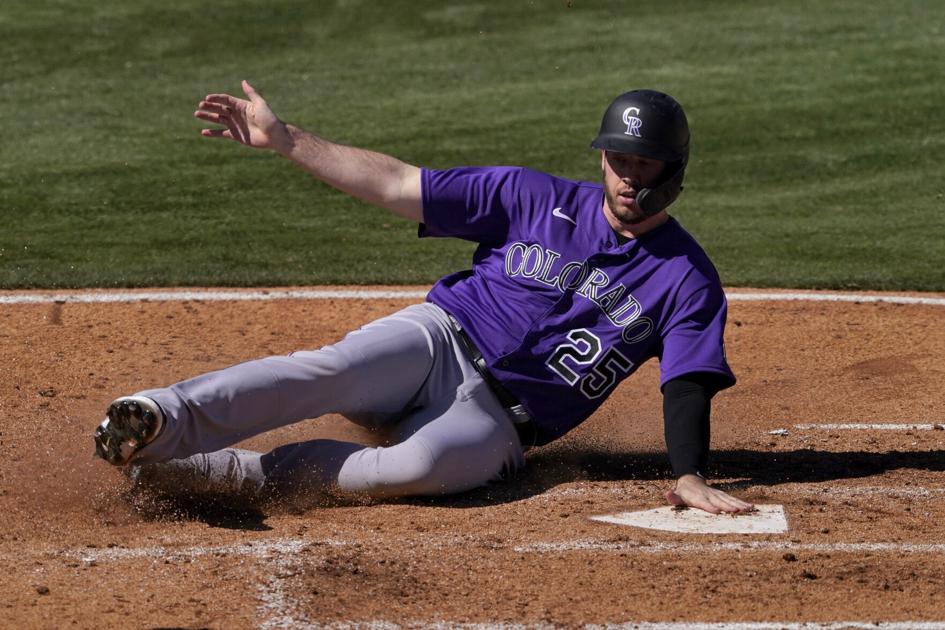 Offseason happenings for the Colorado Rockies

Sept. 27 – Sam Hilliard struck out swinging on a full-count pitch from Arizona’s Riley Smith, finishing off an 11-3 loss at Chase Field that closed the 60-game season for the Rockies. The eight-run loss dropped Colorado to a season-low eight games under .500 (26-34) after it had started the season eight games over that mark at 11-3.

Oct. 28 – The day after the Dodgers captured a World Series crown in six games over the Rays, the Rockies began culling their roster. Veterans Drew Butera, Matt Kemp, Daniel Murphy, Chris Owings, Kevin Pillar and A.J. Ramos were granted free agency. Of that group, only Owings re-signed with Colorado.

Nov. 25 – Pitcher Jeff Hoffman was traded to Cincinnati along with minor leaguer Case Williams for Jameson Hannah and Robert Stephenson.

Dec. 10 – Closer Daniel Bard was named National League Comeback Player of the Year. After seven years away from the game because of lost control, Bard emerged as the Rockies’ closer and saved six games with a 3.65 ERA in 24 2/3 innings.

Feb. 15 – Rockies sign veteran first baseman C.J. Cron to a minor league deal. Cron went on to make the opening day roster after posting one of the best spring training slash lines in baseball at .340/.404/.702.

Feb. 21 – Outfielder Ian Desmond opted out of a second consecutive season “for now,” citing a desire to be with family.

March 13 – Second baseman Brendan Rodgers came up lame with a hamstring injury on a stolen-base attempt. The injury could keep him out for the first several weeks of the season in a year when Rodgers had been pegged for everyday playing time.

March 23 – Kyle Freeland suffered a shoulder strain while pitching against Oakland. The injury is expected to keep the left-handed starter out a month.

March 25 – Scott Oberg underwent surgery to remove blood clots in his pitching elbow, the fourth such procedure for the reliever and a setback that might end his career. The Rockies had hoped Oberg could fill a key late-inning role in the bullpen.