Colorado Rockies 2021: Get to know the projected opening day roster 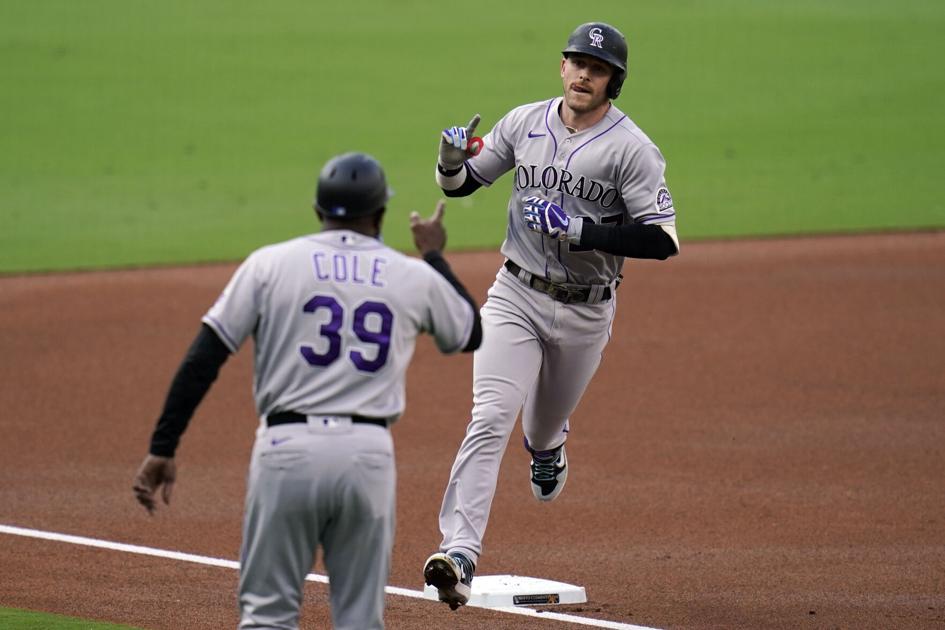 Elías Díaz: He will take the place of Tony Wolters, who was nontendered by the Rockies in December. In his first season with the Rockies last year, Díaz played in 26 games, often as a pinch hitter or designated hitter. Díaz will get the first consistent playing time of his career.

First base C.J. Cron: He signed with the Rockies on a minor league contract, but with the expectation that he would contribute at the major league level at first base. He had season-ending knee surgery in 2020, but has looked sharp during spring training.

Second base Ryan McMahon: He was expected to start at third this season, but he likely will be moving back to second with Brendan Rodgers out with a hamstring strain. McMahon had a .215 batting average in 2020.

Shortstop Trevor Story: One of the best shortstops in the league, this season could possibly be Story’s last in Colorado. The Rockies need him to add more power at the plate this season to make up for the loss of Nolan Arenado. He had a batting average of .289 in 2020 and he hit 11 home runs.

Third base Josh Fuentes: Arenado’s cousin, Fuentes originally entered camp fighting for a spot at first base. With McMahon moving back to second, Fuentes will get the nod at third. He impressed over spring training on both defense and offense.

Utility Chris Owings: He played 17 games last season and hit .268. The Rockies plan to use his versatility this season, playing him in the infield and outfield.

Left field Raimel Tapia: He played the majority of the 2020 season after Ian Desmond opted out. He had a breakout season, and is projected to be the Rockies leadoff hitter.

Center field Garrett Hampson: Hampson, know for his speed, could also be used in the infield.

Right field Charlie Blackmon: The veteran of the group, Blackmon is starting his 11th season with the Rockies. He ranks in the top 10 of the franchise in 33 offensive categories

Sam Hilliard and Yonathan Daza will also see action in the outfield.

RHP German Márquez: The right-hander, who will be the opening day starter for the second straight year, had the best season of his career in 2020. He finished with a 3.75 ERA and allowed 41 runs in 81.2 innings pitched. Márquez was shaky in his five spring training starts as he’s worked out command issues in his fastball, but his secondary pitches have looked sharp.

RHP Jon Gray: He pitched in only eight games last year before he was shut down early with an injury for the fourth straight season. He’s healthy and has shown potential in spring training to have a year reminiscent of 2017, his best season in the pros. His fastball hit 97 mph in spring training.

RHP Antonio Senzatela: Sidelined early in spring training with a hamstring strain, Senzatela said he will be at 100 percent when he gets his first start of the season on Saturday. He had a 3.44 ERA in 2020 and allowed just 29 runs in 73 1/3 innings pitched.

LHP Austin Gomber: The lefty, who came to the Rockies as part of the Nolan Arenado trade, started just four games in 2020 and has only pitched in 15 regular-season games. He had a solid spring training, aside from giving up four home runs March 25 against the Angels, and looks poised for a breakout season.

RHP Chi Chi Gonzalez: With Kyle Freeland on the injured list for at least a month, Gonzalez will be the Rockies’ fifth starter to start the season. He will also be used as a long reliever.

RHP Daniel Bard: The 2020 NL Comeback Player of the Year is expected to be the Rockies closer again this year. His fastball can top 100 mph.

RHP Mychal Givens: Givens, who was traded to the Rockies from the Orioles, struggled in 2020. He hasn’t fared much better this spring, finishing the Cactus League season with a 8.53 ERA.

RHP Robert Stephenson: He had a solid season in 2019, holding down a 3.76 ERA. Things did not go his way in 2020; he had a 9.90 ERA. He was traded to the Rockies in November in exchange for Jeff Hoffman and Case William.

RHP Yency Almonte: Fresh off a great spring training, Almonte is looking to rebound off his strong 2020 season. He had a 2.90 ERA last season, and is expected to be used in later innings this year.

RHP Tyler Kinley: Kinley, who missed time this spring with a left oblique strain, is expected to have an expanded bullpen role this season.

RHP Carlos Estevez: A hand injury impacted his performance last season, making it hard for him to throw his slider effectively. He said the pain is gone, but he allowed 11 hits in eight spring training innings.

RHP Jairo Diaz: Diaz had control issues in 2020, but the Rockies are counting on him to return to form he showed earlier in his career.

RHP Jordan Sheffield: The Rockies selected Sheffield in the Rule 5 draft in December. He pitched in Double-A last season.

LHP Ben Bowden: The only lefty in the bullpen, Bowden had a 1.04 ERA in 10 spring training outings. The former second-round draft pick has never pitched in a major league game.