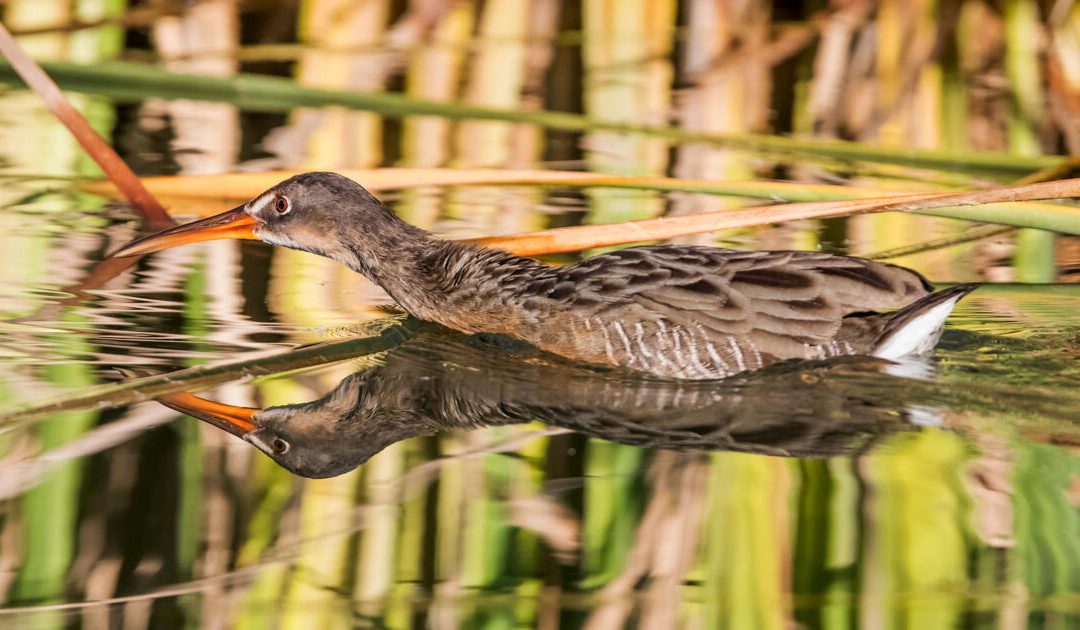 (May 13, 2021) – On May 1, water began flowing into the arid Colorado River Delta as part of a program of scheduled deliveries to restore this region, sanctioned under a bi-national agreement between the U.S. and Mexican governments for advancing sustainable management of the Colorado River. The water deliveries are part of an ongoing plan of vital and historic importance implemented through the U.S. and Mexican sections of the International Boundary and Water Commission and supported by an alliance of conservation organizations from the United States and Mexico.

“Our collaborative efforts have been a paradigm shift in the way water is managed,” said Jennifer Pitt, Colorado River Program Director, National Audubon Society. “We are showing how we can share water, conserve water, and invest in new water projects and the health of the river itself. This demonstrated commitment to improving water supply for nature and people is a shining example of what two nations can achieve when we work together.”

The releases of water designed to mimic the river’s natural spring flows began on Saturday, May 1 and will extend through early October, delivering a total of 35,000 acre-feet (43 mcm) of water downstream into the long-depleted Colorado River Delta in a managed program designed to maximize the water’s impact.  The water releases are planned to reach their highest flow rate in early June and have been specifically designed to amplify the environmental and recreational benefits for the central delta. The water flows will continue for a total of twenty-three weeks, bring much needed support for wildlife habitat, while also being able to be enjoyed by local communities.

“This is an exciting time for both countries,” said Carlos de la Parra, Academic in border studies specializing in water issues, and a member of the Minute 323 monitoring group. “By allocating resources to improve water delivery infrastructure, Mexico and the U.S. are helping Mexicali Valley farmers increase their profits and resilience to the impacts of climate change.”

An important part of Minute 323 implementation and monitoring is being conducted by members of Raise the River – a coalition of conservation non-governmental organizations (NGOs) working to bring water and life back to the Colorado River Delta. Participating organizations include the National Audubon Society, The Nature Conservancy, Pronatura Noroeste, The Redford Center, Restauremos el Colorado, and Sonoran Institute.

“We have worked hand-in-hand with our partners over the years to achieve the best results possible for the delta,” said Francisco Zamora, Director General of Sonoran Institute Mexico. “Working together to monitor prior water flows and determine their impacts on the delta, our observations have informed this current effort to stimulate healthy ecosystems in the Colorado River delta.”

Water will be delivered to the river corridor in the delta via irrigation canals in the Mexicali Valley that distribute Colorado River water to Mexicali’s farmers. The Colorado River’s water is diverted into this canal system just south of the United States – Mexico border. Once there, it will flow down the canals to specific locations where the Raise the River coalition partners have built highly successful restoration sites, and where this programmed release of water can benefit those habitats and the wildlife that use them.

“These water releases are a vital part of supporting our ongoing restoration efforts,” said Gaby Coloca, Coordinator, Water and Wetlands Program, Pronatura Noroeste, a Mexico-based non-profit conservation organization which manages several of the restoration sites. “Based on our prior work and the careful monitoring of its impact, we now know that relatively small amounts of water can make a big difference in the health of the delta region.”

These water releases are just one component of a multi-faceted policy agreement formally known as Minute 323 – an historic bi-national agreement negotiated between the U.S. and Mexico in September 2017 that defines how the two countries share Colorado River water through 2026 amidst growing pressures on water resources. This agreement is a part of a larger Colorado River policy framework that more broadly provides multiple benefits for water users on both sides of the border including sharing surpluses in times of plenty and reductions in times of drought, providing incentives for leaving water in storage, and conserving water through joint investments in projects from water users in both countries.

The water flows are an important element of Minute 323, which allocates water for the restoration and conservation of riparian habitat, and which extends the international cooperative management standard established by Minute 319 (in effect from 2012 – 2017). These restored sites are providing proven benefits to wildlife species and communities along the Colorado River in both countries and in the Colorado River Delta region in Mexico.

This 164-day program of scheduled water releases is part of a broader commitment under Minute 323 to provide water to support key restoration sites in the river’s riparian corridor through 2026. The United States and Mexico will provide 2/3 of the total water committed (140,000 acre-feet or 173 mcm over 9 years) and the Raise the River coalition of NGOs will provide 1/3 of the water (a total of 70,000 acre-feet or 86 mcm, over 9 years).

“Previous monitoring of environmental flows from Minute 319 have shown us how to obtain the greatest benefits from the smallest amounts of water delivered into restoration sites.,” said Eloise Kendy, Ph.D., Senior Freshwater Scientist, The Nature Conservancy.  “It has been – and will continue to be — very helpful for both governments to obtain information that becomes increasingly relevant as we face droughts with more frequency, not only in the Colorado River basin but also in other watersheds.”

By raising awareness, funding and, ultimately, the water level of the river, Raise the River’s goal is to restore native habitat that reconnects the river with the Gulf of California and to establish a framework for the long-term dedication of water to the restoration of the Colorado River Delta.

“Through these cooperative efforts, we are rewriting history by increasing the resilience of the Mexicali Valley, reestablishing ecosystems and returning some of the river’s natural amenities to local communities which have been deprived of a healthy environment,” says Pitt. “Since the initial releases of water for the environment in 2014, we are demonstrating the long-term benefits of binational cooperation not only for the environment, but for all water users in the region. Our work in the Colorado River Delta is becoming a model for long-term water-sharing agreements across borders.”

Raise the River is a unique partnership of six United States and Mexico non-governmental organizations working to revive the Colorado River Delta through activities that support environmental restoration for the benefit of the people and the enhancement of wildlife in the Delta. Members include: The Nature Conservancy, National Audubon Society, Pronatura Noroeste, the Redford Center, Restauremos El Colorado, and the Sonoran Institute. The coalition has worked with policymakers, water agencies and governmental representatives from the U.S. and Mexico since 2012 to cooperatively create historic change for the Colorado River Delta.

To learn more about Raise the River, visit .