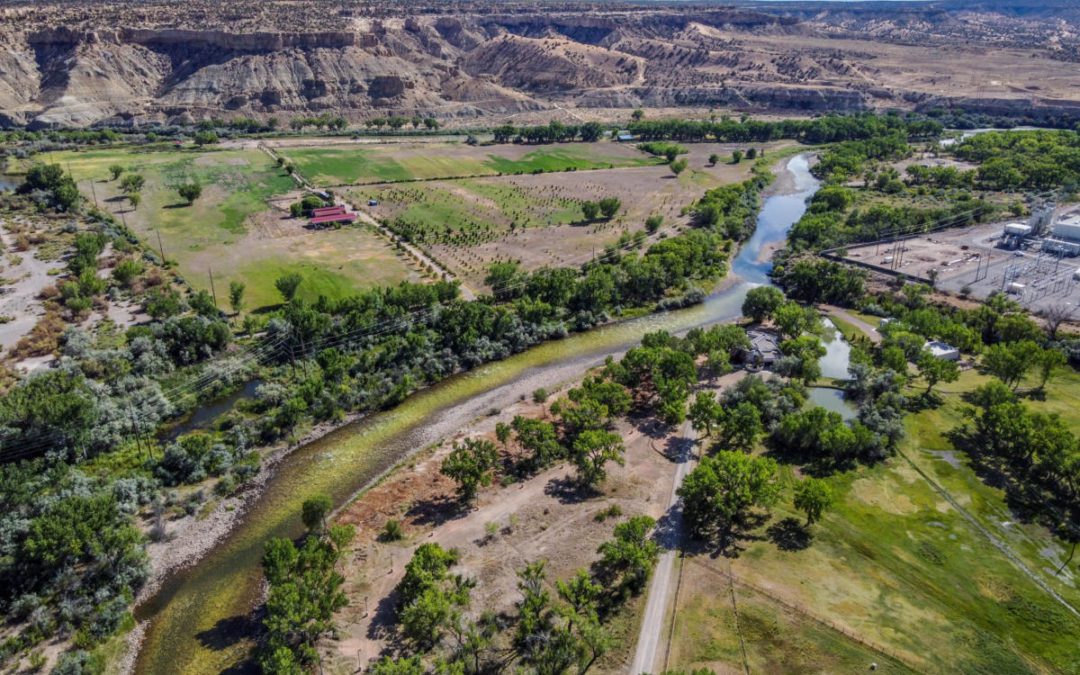 The Animas River in Farmington is part of the Colorado River Basin system, which could see increases in concurrent extreme climate events, such as heat waves, droughts and flooding, experts say. (Anthony Jackson/Albuquerque Journal)

Climate change is projected to increase such simultaneous extreme events as heat waves, droughts and flooding across the massive Colorado River Basin, according to new research from a Los Alamos National Laboratory hydrologist.

“The way that humans and our human systems are going to experience climate change is through extreme events,” said hydrologist Katrina E. Bennett. “Slow changes in temperature are noticeable in ecology, but a flood or a drought or a heat wave is really a very big shock to our system.”

Bennett’s research, conducted with Carl Talsma and Riccardo Boero, was published earlier this month in “Water,” a peer-reviewed academic journal.

The team used hydrologic models to predict that coinciding temperature-driven events, such as extreme heat and drought, will increase throughout the basin.

“When you look at concurrent extreme events, it’s things like drought resulting from a combination of both changes in temperature and precipitation,” Bennett said.

An Arizona State University study in 2014 estimated that the river supports $1.4 trillion in agricultural and commercial activity each year.

Bennett outlined critical watersheds in Colorado and Arizona that could be the most vulnerable to future compounded extreme events.

The projected hotter weather, combined with increased precipitation and fast-melting snowpack, could also cause downstream floods.

Colorado River tributaries supply water to a relatively small portion of western New Mexico. But the rest of the state is not immune to changes in the neighboring river system.

“There is a strong connection between the Rio Grande and the Colorado,” Bennett said. “We do rely on the water that’s derived from that basin.”

The San Juan-Chama Project routes water from the Colorado River into the Rio Grande using a series of mountain tunnels and diversion dams.

“At times during the summers of 2018 and 2020, water from this project made up the majority of the water flowing through the Rio Grande in Albuquerque,” Faler said. “But we must be aware that, with continued drought, even the San Juan-Chama Project has experienced shortages in recent years.”

Theresa Davis is a Report for America corps member covering water and the environment for the Albuquerque Journal.