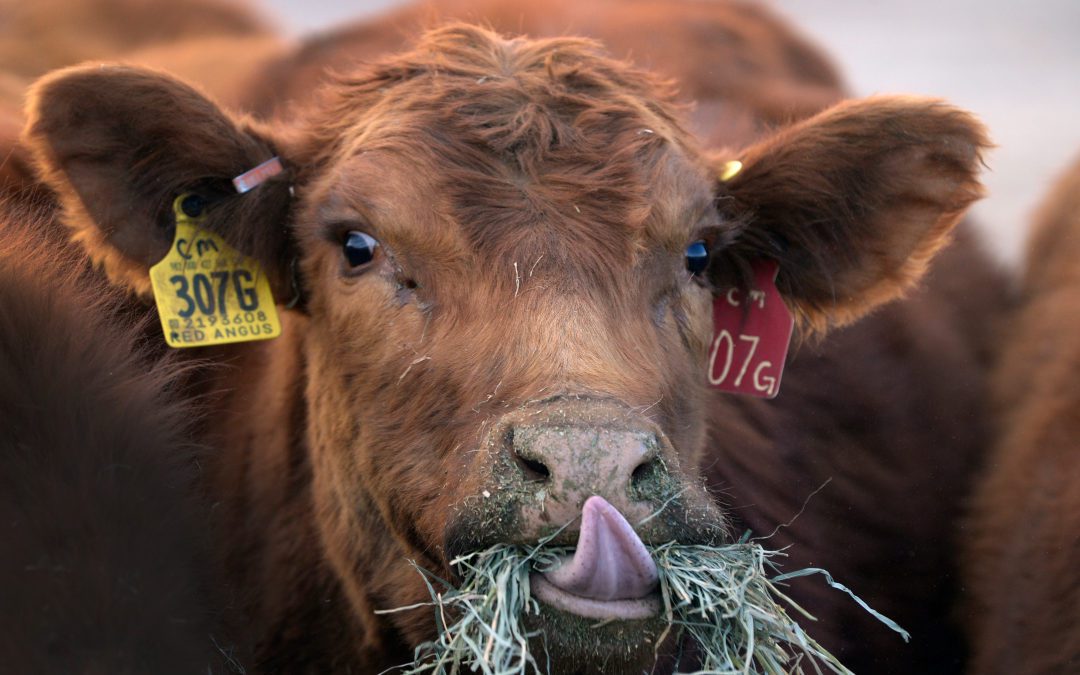 On an early weekday morning in Longmont, the co-owners of the boutique catering company Whistling Boar are busy in the kitchen getting their weekly meal boxes ready for delivery. David Pitula and Debbie Seaford-Pitula moved to Colorado from Brooklyn five years ago with dreams of living closer to the farms they worked with.

“We wanted to be more personal with the farms,” Seaford-Pitula said. “We have farmers who now grow for us specifically, (asking) ‘What do you need this season?’”

The two said that part of that farm-restaurant relationship should be supporting farmers and ranchers in their efforts to reduce their carbon footprints. Agriculture emits more than 10 percent of total U.S. greenhouse gasses, and reducing that number is vital to addressing climate change.

Most ranchers sell their cattle to a meat company for the going price, so there’s often little profit or incentive to invest in significant environmental improvements to their land. Something as simple as planting trees among pastures is expensive, especially across hundreds or thousands of acres.

“These kinds of things are great for biodiversity and take carbon out of the atmosphere and create all this public benefit and conserve water,” said Anthony Myint. “But they can’t sell the beef for an extra dollar.”

Myint is a restaurateur and the co-founder of Zero Foodprint, a nonprofit working with Boulder County to support regenerative agriculture projects that can help fight climate change.

Restore Colorado is a simple idea, but Myint hopes it will have a big impact. Restaurants and other food businesses donate 1 percent of their profits to fund farming and ranching projects that suck carbon from the atmosphere through plants that take in the greenhouse gas and store it in healthy soil. Some see regenerative agriculture as a key way to reduce the amount of CO2 in the air worsening climate change.

“If we can’t afford 1 percent to give back, then we should not be (running our business),” Debbie said.

Boulder started Restore Colorado through a grant from the U.S. Department of Agriculture and teamed up with Myint, who founded well-known Mission Chinese Food in New York and San Francisco and first started crowd-funding carbon-farming grants in California.

“Our ultimate goal is to create a renewable food economy,” Myint said.

To give farmers extra financial support to invest in climate-friendly agriculture, Myint thinks the food industry should take cues from the energy industry. Electricity customers, for example, can pay a little extra on their utility bills to support clean energy or elect to buy power from a solar farm.

“We don’t really have that system in farming,” he said.

More than 50 restaurants have joined Zero Foodprint. About 15 of those are in Colorado, including Bin 707 Foodbar in Grand Junction and River and Woods in Boulder, and more have pledged to participate. The owner of five Subway restaurants in Boulder is also on the list.

“That’s almost better than getting Michelin-star chefs on board because it helps to signal that there’s a new normal, and that really anybody can be part of this movement to build healthy soil and fight climate change,” Myint said.

McCauley Family Farm in Longmont is one of the first in Colorado to get a grant from this program. Farm manager Marcus McCauley said one way he will use the money is to create more silvopasture, where trees are grown on grazing land. Those trees can provide a windbreak for the grass, and the protection and shade can help keep moisture in the ground during a drought.

“Around here that’s probably the best bang for the buck in trying to get more carbon pumped into the ground,” McCauley said.

All of these things mean healthier soil on McCauley’s farm. That healthier soil means the trees and grass suck even carbon out of the air. And healthier plants mean McCauley’s pasture-raised chicken and sheep are more nutritious — and they do less damage to the land.

But growing pastures like that takes time. Tanner Starbard is with the Boulder nonprofit Mad Agriculture, which will work with the county and Zero Foodprint to select and oversee these farming projects.

Starbard said banks often won’t give out loans to farmers and ranchers who don’t prioritize immediate profit. He said regeneration projects like McCauley’s will take years to start to show their potential benefits.

Five more Colorado farms are lined up to receive regenerative agriculture grants when they become available. Restore Colorado does not ask for the money to be paid back.

Where the state steps in

The Colorado Department of Agriculture’s Soil Health Initiative supports regenerative agriculture projects with a five-year, $5 million agreement with the USDA. Cindy Lair, who manages the Colorado State Conservation Board program, said she thinks the Restore Colorado concept would be “cool to take statewide and find more ways to link food consumers to their food.”

“We have such a tendency to be so disconnected from where our food is produced,” Lair said. She sees Restore Colorado as a way to help people make that connection. Lair said the state is paying close attention to the Boulder program and wants to “see if we can help build on it.”

President Biden has pledged a drastic reduction in U.S. greenhouse gas emissions by 2030. As reported by Politico, the White House hasn’t set any specific targets yet for agriculture. Lair does expect that the Biden administration will show more financial support for these kinds of soil health and climate initiatives.

Lair said she’s thankful Colorado has done some of the work already and that “we are going to be ready for (that support) when or if it comes.”