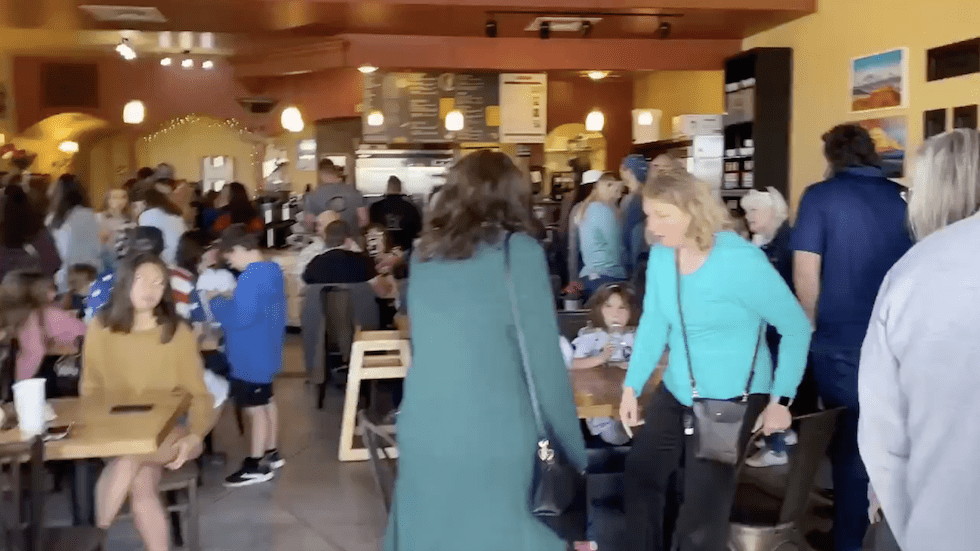 The owners of C&C Coffee and Kitchen, a restaurant in Castle Rock, Colo., that drew widespread attention after it opened its doors on Mother’s Day in defiance of state coronavirus mandates, is reportedly bringing a legal challenge against the state’s governor and various health departments.

According to a local ABC affiliate, an attorney representing the owners, Jesse and April Arellano, filed the suit on their behalf in the Douglas County District Court over the weekend. The lawsuit specifically calls out Gov. Jared Polis

The lawsuit also reportedly accuses the governor, the Tri-County Health Department, Colorado Department of Public Health and Environment and its executive director, Jill Hunsaker Ryan, of denying the owners “their livelihood and ability to operate their business after they simply allowed customers onto their premises to serve food and beverages.”

The legal challenge comes roughly three weeks after the restaurant first made headlines for reopening its business on Mother’s Day, despite a temporary mandate issued in the state that ordered restaurants to reduce their businesses to delivery and drive-up service options in an effort to mitigate the spread of COVID-19.

Footage went viral on social media showing the restaurant packed with customers, many of whom were not wearing a mask or adhering to social distancing guidelines advised by health experts.

A day after the owners reopened its doors, despite previous warnings local health departments said it had sent them warning against the move, the restaurant saw its license suspended indefinitely.

Polis said then that the business would likely have its license suspended for several weeks for causing an “immediate health hazard” with the full reopening.

“I hope, I pray that nobody falls sick from businesses that chose to violate the law,” he said at the time. “But if the state didn’t act and more businesses followed suit, it’s a near guarantee that people would lose their lives and it would further delay the opening of legitimate businesses.”

The lawsuit filed Friday reportedly alleges that the owners have “suffered devastating and possibly insurmountable financial hardship” in the weeks since as a result of the move. The suit also claims that they are also “unable to meet their financial obligations to creditors and are significantly in debt.”

It also reportedly calls into question the governor’s authority to issue such health mandates under the Colorado Disaster Emergency Relief Act and claims the owners’ constitutional rights were violated.

The suit comes as a number of governors, some of whom have been met with similar legal challenges, continue to face pressure across the country to hasten their pace in lifting coronavirus restrictions place on certain businesses amid the ongoing pandemic.