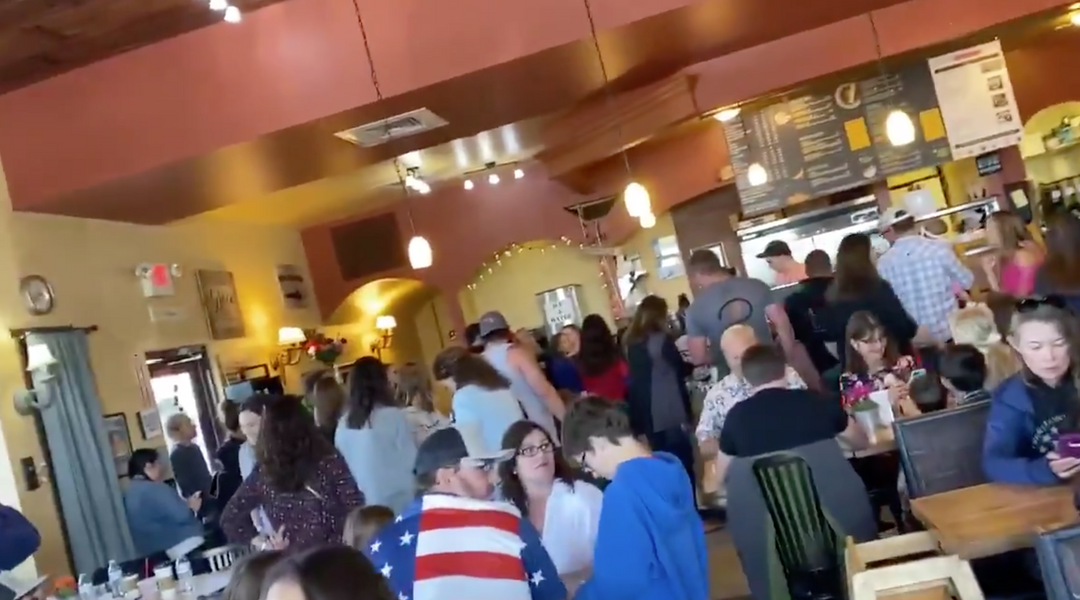 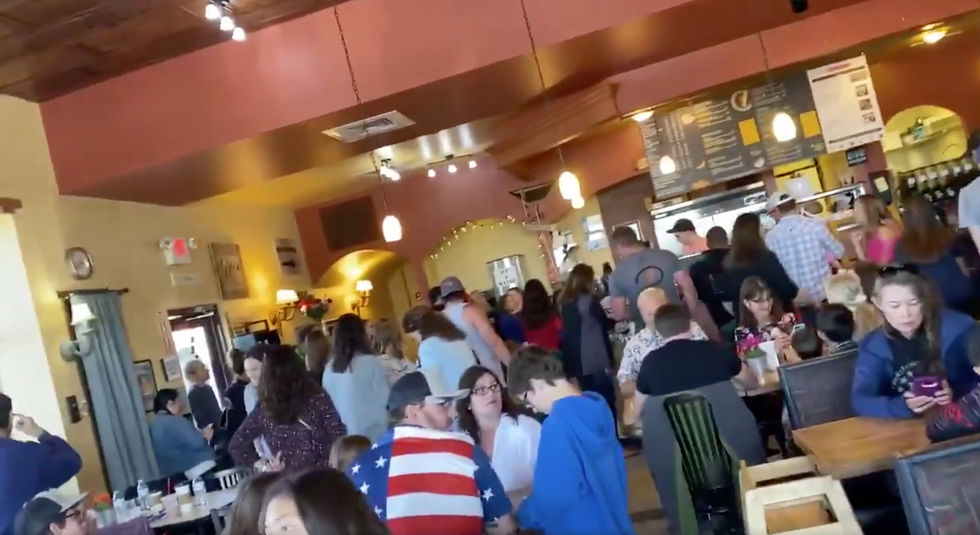 C&C Coffee and Kitchen in Castle Rock, Colorado, defiantly reopened for dine-in service on Mother’s Day, which is traditionally a big day in the brunch biz. It’s just not Mother’s Day if you don’t stand in line for an hour and half so you can buy your mom some pancakes that aren’t nearly as good as the ones she used to make for you in 15 minutes while you watched Saturday morning cartoons.

On Friday, the Twitter page for the restaurant boasted to Donald Trump that “[w]e are standing for America, small businesses, the Constitution and against the overreach of our governor in Colorado!!” There was no immediate response from the president warning C&C Coffee and Kitchen against endangering the public and its staff. It’s not like Trump is too busy to fool around on Twitter.

Colorado Gov. Jared Polis has said his goal was for restaurants to reopen in May, possibly before Memorial Day, so more like “June Eve.” Businesses would have to follow strict health restrictions and guidelines. C&C Coffee and Kitchen just returned to business as usual, although owner April Arellano claimed business was almost “double a normal Mother’s Day.” The place was packed with a line out the door and fools inside stumbling all over each other, as if it were the last Mother’s Day, which it unfortunately probably is for some guests. Few if any people were wearing masks — including the staff — and social distancing was all but impossible.

Nick Puckett at CCM Colorado News braved the crowd — one hopes from a safe distance and while masked. There was apparently a “bouncer” at the door. It’s probably not effective to frisk people for COVID-19 or ask them to leave any COVID-19 at the front with their large bags.

According to the Denver Post‘s coverage of this all-you-can-infect moron buffet, Arellano wrote on Facebook that she “would go out of business if I don’t do something,” and said that “if I lose the business at least I’m fighting.” (Her Facebook account is now either deactivated or set to private.)

“We are so behind,” she said in a comment on her post. “We have complied for two months. We cannot make it on $200/day sales when 2 staff cost me $250 not counting, food, cost, utilities and rent.”

We keep repeating this for the Trumpists in the back, but Arellano isn’t the only restaurant owner up against the coronavirus-tainted eight ball. Shutting down for months isn’t part of anyone’s business model. That’s why Congress passed a relief package, and if it’s too generous to corporations while not truly “standing for small businesses,” then Arellano should go yell at Trump, not seek his approval for her selfish actions. It’s not a shock or anything, but it’s pretty obvious now that “America First” was always code for “Me First.”

The governor’s office issued a statement reminding everyone that the restaurant’s actions were “illegal and dangerous.” Deputy Press Secretary Shelby Wieman said “Coloradans can contact their local public health department if they believe someone is violating Safer at Home.”

Trump, Fox News hosts, and actual Republican members of Congress have encouraged this shameless defiance of legal shutdown orders. They’ve dressed it up and glamorized it as a form of “civil disobedience.” Patrick Neville, a member of the Colorado House of Representatives, showed up for brunch Sunday and even posed with Arellano. He has denounced the “left mob” on his Facebook page and praised a supporter who derided “unelected health departments.” 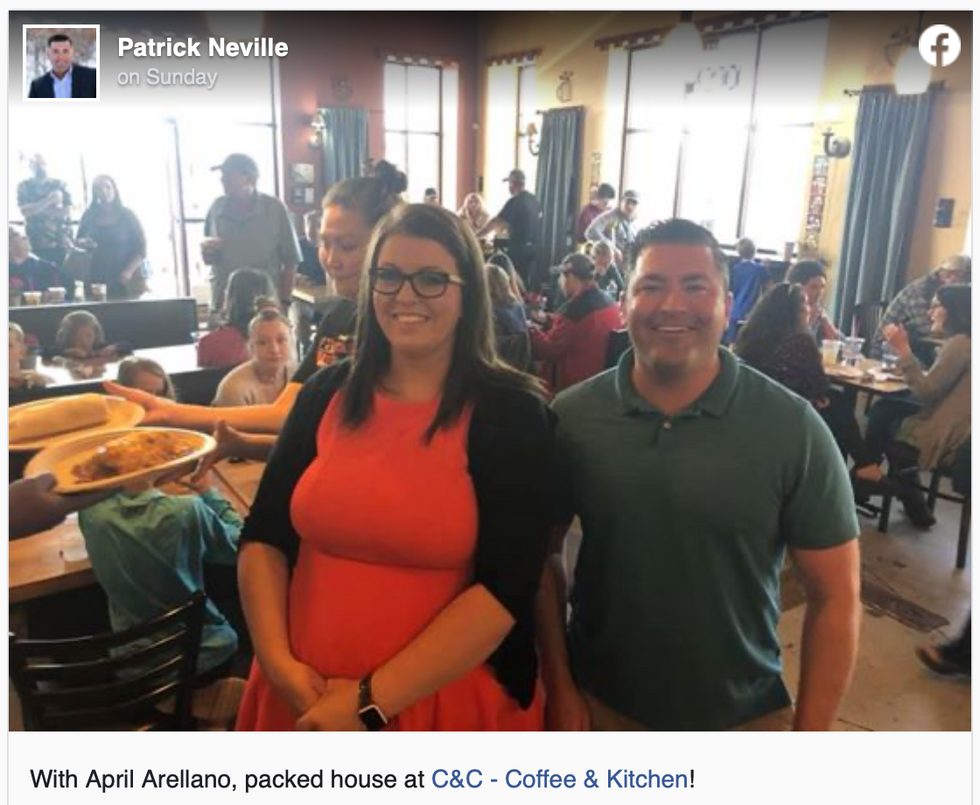 If you look closely, you can see COVID-19 photobombing the picture. This is just appalling. During a national crisis, Republican opportunists are sticking Democrats with the task of enforcing unpleasant and painful guidelines designed to save lives. Public health is now a wedge issue. May we all live to see the next Mother’s Day.

Do your Amazon shopping through this link, because reasons.

Yr Wonkette is supported entirely by reader donations. Please click the clickie, if you are able!