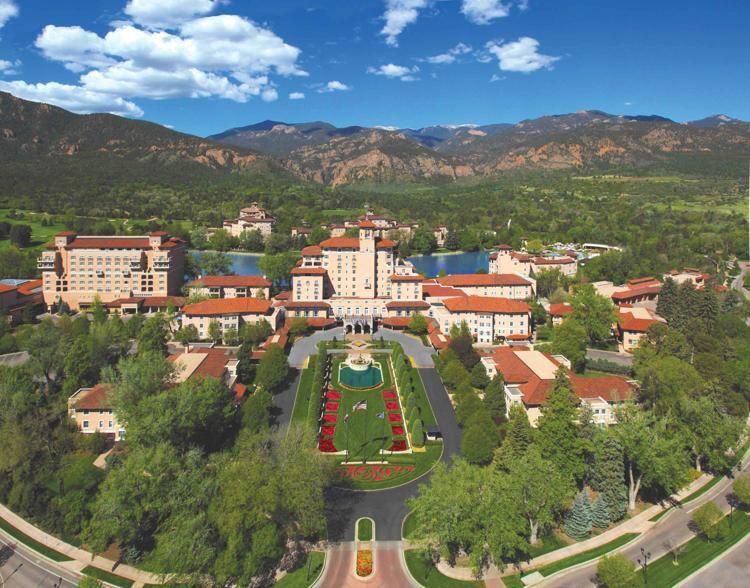 The Broadmoor once again was one of the hotel’s industry brightest stars — earning five of them for the 61st consecutive year.

That is the longest streak of five-star ratings for any hotel in the annual worldwide award list by the Forbes Travel Guide and its predecessor publications. The award comes after the hotel had closed for three months amid the COVID-19 pandemic that reduced travel to little more than a trickle and forced cancellation of many meetings, including the Space Symposium that is held annually at the resort.

“To be recognized by Forbes Travel Guide this year is especially meaningful,” Broadmoor President and CEO Jack Damioli said Tuesday in a news release. “We’ve learned how nimble we are and that we can adjust to our environment and conditions in ways we never imagined, all while still providing exceptional service and memorable experiences at our unique world-class destination.”

The Broadmoor first won the award in 1960, the third year of the award program, and has held it annually through 13 presidential administrations and six popes, among other milestones. Forbes also gave the top rating to The Broadmoor’s spa and the Penrose Room restaurant, the only restaurant in Colorado to win the award. The Little Nell hotel and Remède Spa, both in Aspen, also received Five-Star Awards. The spa, which is part of The St. Regis Aspen Resort, is a first-time winner. The St. Regis is rated as a four-star property.

The five-star ranking is the hospitality industry’s gold standard and this year was given to just 283 hotels, 73 restaurants and 90 spas. The rating system is used by inspectors who check in as a typical guest for at least two nights and paying their own bill. Their rating, which also includes four-star and recommended properties, is based on 900 objective standards with three-fourths of the score depending on service. In Colorado, eight hotels, four restaurants and three spas earned the four-star rating and five hotels and two restaurants earned the recommended rating.

AAA, the nationwide travel organization, is expected to release its annual ratings next month. The Broadmoor has won AAA’s five-diamond rating for 44 consecutive years and is the only property worldwide to win the group’s highest rating every year since the diamond system began in 1976. Three other Colorado hotels, The Little Nell, and the Ritz-Carlton and Four Seasons, both in Denver, also won the five-diamond ranking last year.

The Broadmoor, which opened in 1918, has more than 780 rooms, suites, cottages and an estate house to go with golf courses, tennis courts, pools, stores and restaurants on its 3,000-acre campus. The hotel also has three offsite wilderness retreats that cover an additional 2,000 acres and offer fishing, hiking and other outdoor activities.

The hotel is owned by the Denver-based Anschutz Corp., whose Clarity Media Group owns The Gazette. Anschutz Corp. also owns the Sea Island resort in Georgia, which received four top ratings — for The Cloister and The Lodge hotels, The Spa and The Georgian Room restaurant — for the 12th consecutive year.