Colorado reshuffles its coronavirus vaccination plan, moves essential workers and people 70 and older up in line 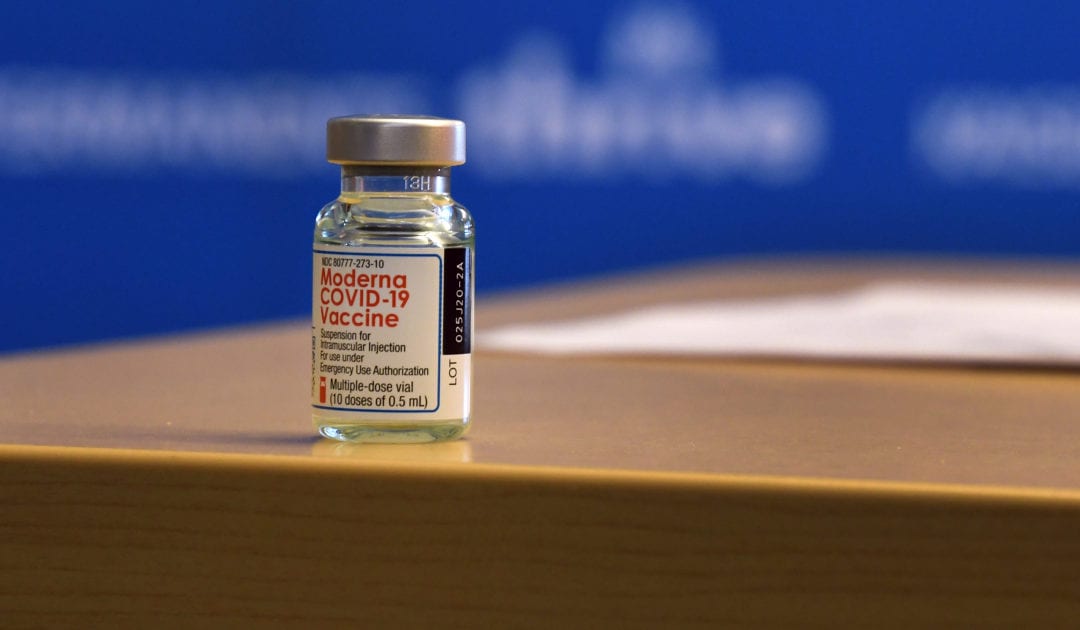 Colorado again made significant changes to its coronavirus vaccination plan on Wednesday, moving older Coloradans and essential workers, such as teachers, up in priority. But big questions about how it will all work remain unresolved.

Gov. Jared Polis said at a morning news conference that people 70 and older are now eligible for vaccination in counties that have completed inoculations of frontline health care workers. That means those older Coloradans are now placed alongside police, firefighters and paramedics in the state’s new Phase 1b of its vaccination priority scheme.

Also moved into Phase 1b: Teachers and others who work in education, food and agricultural workers, postal workers, people working in manufacturing, transportation workers, grocery workers, journalists reporting in the field and people who provide services to those experiencing homelessness.

That is a significant expansion of the phase at a time when vaccine doses are still extremely limited and distribution remains a challenge. But Polis said the state decided to prioritize older Coloradans after learning from its data that those 70 and older account for 78% of the state’s coronavirus deaths. The changes also bring the state in line with new federal recommendations issued earlier this month.

“To end the acute phase of the crisis, the potential for overrunning our hospitals, bringing the death rate down, saving lives and ending the pandemic, we wanted to use those initial doses on age 70 and up,” Polis said.

While Colorado officials have said they now have enough vaccine to inoculate all frontline health care workers in the state’s Phase 1a, Polis said some counties are still working their way through that list. That means some parts of the state will be able to start vaccinating older Coloradans next week and some won’t — though Polis did not say which counties fall into which groups and the state Health Department did not provide an immediate answer, either.

The state is also far from completing vaccination of its other highest-priority group: staff and residents of nursing homes and other long-term care facilities. That campaign, which is being run by the pharmacy chains Walgreens and CVS, isn’t expected to finish administering initial doses until mid-January.

It is also unclear exactly how Phase 1b will be rolled out, and there appeared to be confusion around the announcement of the changes.

On Tuesday and Wednesday, officials in Eagle and Summit counties, for instance, announced that the counties would begin vaccinations for residents 75 and older. Polis later said he expected counties would change their plans to reflect the new state plan.

And there was also confusion about a second priority group. Polis said during his press briefing that Coloradans ages 60 to 69 will be given priority in the state’s Phase 2 of the vaccine rollout, which should begin in spring. A chart sent out by CDPHE, though, showed that age group as 65 to 69.

Polis said older Coloradans should call their local hospitals or community health clinics to check on vaccine availability and schedule appointments. In Summit County, officials said older residents should schedule an appointment online, with vaccinations to be given in partnership with Safeway and City Market.

But it was unclear if the state had a comprehensive plan to ensure equal access to the vaccine and avoid the kind of chaos seen in Florida, where seniors have been camping out overnight in long lines outside vaccination centers.

The large health system HealthONE, which operates several hospitals in the Denver metro area, said it is still vaccinating all of its workers and doesn’t have vaccine doses available for the general public.

Polis said the state estimates it will take four to five weeks to give initial doses to all Coloradans 70 and older.

The state Demography Office estimates that there are more than 560,000 Coloradans who are 70 and older, nearly 10% of the state’s population. But some counties that a more rural and remote — such as Hinsdale and Mineral — have higher percentages of older residents.

Polis did not provide estimates for the sizes of other groups in Phase 1b.

It remains uncertain when those other groups in Phase 1b will become eligible for their shots. Polis said local health departments would work to identify eligible businesses within their counties and would then contact those businesses to set up vaccination times.

Dr. Anuj Mehta, a pulmonologist with Denver Health who helped draft the state’s initial vaccination plan, said guidance from the state will need to remain flexible, in order to allow local health officials and doctors to respond best to local conditions.

“I think that this is going to fall on providers and local public health authorities,” Mehta said Wednesday during a meeting of a medical advisory group connected to the Governor’s Expert Emergency Epidemic Response Committee, which offers Polis recommendations on how to respond to the pandemic.

Still, Polis said he is optimistic that the end is in sight.

“This is our final major hurdle toward ending the pandemic,” he said.