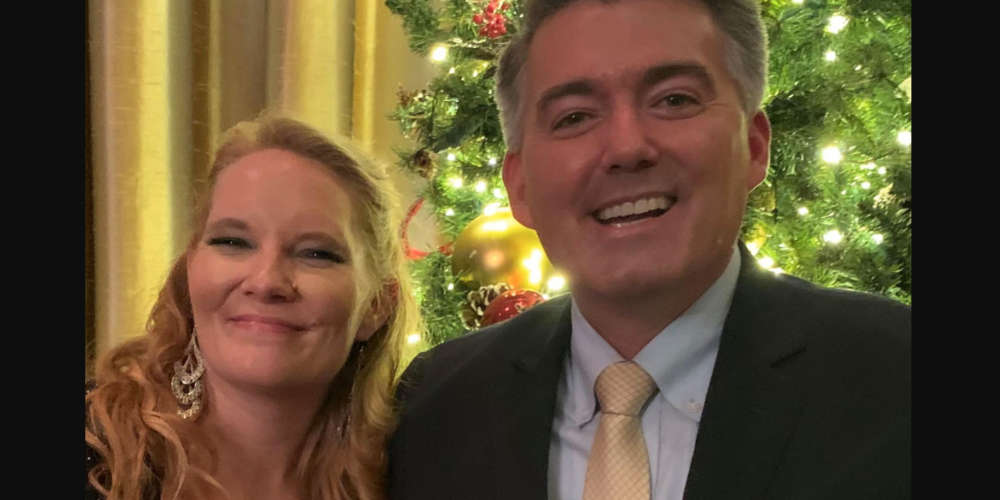 Ollivier wrote her post Wednesday morning, following President Trump’s Tuesday night debate statement in which he declined to condemn the hate group, instead saying they should “stand back and stand by.”

The Proud Boys describe themselves as “proud Western chauvinists [who] refuse to apologize for creating the modern world.” In 2018, the Trump administration’s FBI classified the Proud Boys as an extremist group with ties to white nationalism.

Evidence of these ties emerged in Colorado in October, when, as the Anti-Defamation League notes, “members of the Denver chapter of the Proud Boys marched with members of [white supremacist] Patriot Front and former members of the now-defunct neo-Nazi group Traditionalist Worker Party.”

Lesley Hollywood, a fellow conservative activist and Facebook friend of Ollivier, pointed to that incident as evidence of the Proud Boys’ extremism in a comment criticizing Ollivier for her support of the group.

Ollivier claimed to be unaware of the nature of the other groups and replied that she was open to learning more. In a follow-up comment she said she had “some homework to do,” yet she didn’t appear to have absorbed the information Hollywood provided in the video link.

The Proud Boys has a history of encouraging political violence and making anti-immigrant, anti-Muslim, and misogynistic statements. In addition to the numerous sexist statements of founder Gavin McInnes (who is no longer part of the organization), Proud Boys national organizer Joe Biggs has repeatedly supported sexual assault and violence against women.

The Proud Boys’ longstanding misogyny makes Ollivier’s support notable, given her role as a founding member of the Colorado Republican Party’s “Women In Action” coalition. She, along with state GOP Vice Chair Kristi Burton Brown, CU Regent Heidi Ganahl, state senate candidate Stephanie Luck, and others founded Women in Action in May with a mission of electing “pro-growth, pro-family values” Republicans.

Ollivier, who worked with the Colorado GOP for over two decades, is perhaps the most experienced Republican member of the group, having served not only as state party chair but also on five difference county executive committees. She is currently a member of the Boulder County GOP Executive Committee and the director of MAGA Trump Colorado Facebook group.

I hate to say it, but now I can – I’ve seen bigotry and racism from the Right now. I tried to “have” a conversation about how hurtful their signs were with these people I encountered in Charlotte. I had to go to another state before I really saw it.
Where I’ve NEVER seen this is with MANY wonderful men I know across the country that are Proud Boys. The Chairman is Not White! Their membership is a diversified group of people – all races, religions etc. Yet this narrative of them being white supremacists is dominant on Good Morning America and the Today Show today.
The problem is = they support President Trump. They protect other Patriots at rallies and events, and if they’re attacked, they are willing to defend themselves and not b. Beaten down. This is why they are a hate group. Really?
These are great Americans, and I’ve never seen a single case where they instigate violence. This decision made me realize the SPLC is a joke.
I normally post about politics in my group, but I can’t stand by and watch great Patriotic Americans be slandered so wickedly when I’ve had the opposite interaction. These men have gone out of their way to keep us safe at several recent events.
They’ve been professional, meticulous and care about keeping people safe. Their IP addresses have been wiped from social media, so many of these guys can’t even post in their defense – or transparency of their organization. . . AND THAT’S THE IDEA. Attack them in the media and make sure they have no recourse.
This seriously infuriates me. I’ll stand by good people every day + Sunday, and this is WRONG.