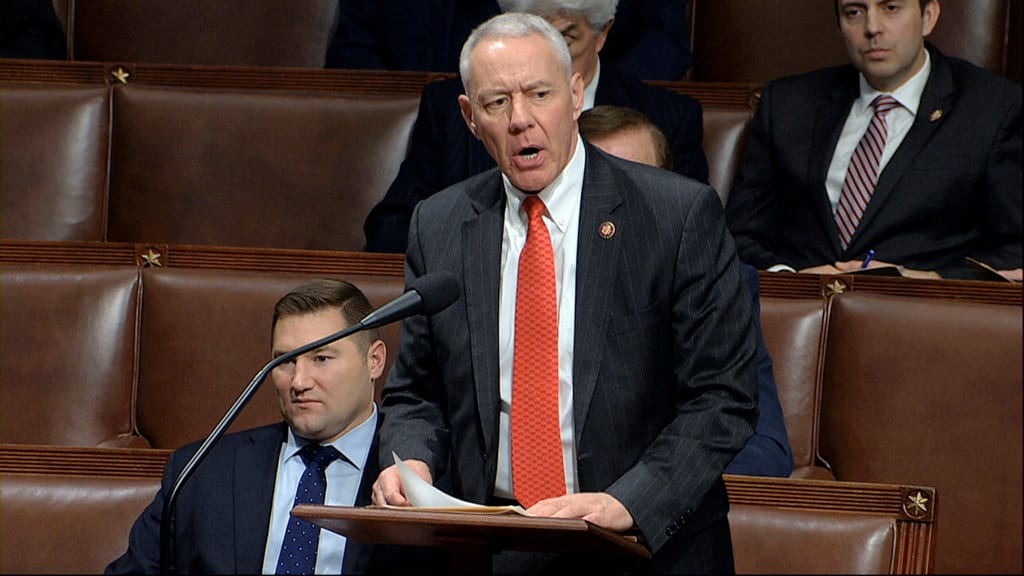 Colorado Republican Chairman Ken Buck is facing criticism from within his own party after revelations that he pressured another party official to submit incorrect election results — and then spent party money to defend the move.

At least two party executives say they were surprised to learn Buck — who’s also a U.S. representative — defended his position on the state Senate District 10 primary ballot in district court and then appealed that ruling to the Colorado Supreme Court, running up possibly tens of thousands of dollars in legal fees.

Kris Cook, chair of the Denver Republican Party, found out about it Wednesday only to hear hours later that Buck canceled a committee meeting that had been scheduled for Friday.

“We’re touching on something here that’s not quite clean, and it’s not quite the image I have of what the party ought to be,” Cook said, later adding: “I think it’s worth questioning whether him in that role is going to have a negative effect on the rest of this cycle.”

On an April 17 conference call, Buck pressured Eli Bremer, a GOP chairman for state Senate District 10, to follow the direction of the central and executive committees and certify that a Senate candidate had won a place on the ballot. The candidate, however, did not receive 30% in an assembly vote as required by the state. Filing that paperwork would have been illegal, Bremer told Buck on the call, but the chair persisted.

Ultimately, a Bremer ally filed a friendly lawsuit in Denver District Court, where a judge ruled that the move would indeed have been illegal. The GOP appealed the matter to the Colorado Supreme Court, which declined Tuesday to hear the case, cementing the decision.

It’s unclear whether authorities are looking into the legality of Buck’s direction to Bremer on the call, which The Denver Post obtained a recording of this week.

A representative of Colorado Attorney General Phil Weiser’s office declined to comment, instead nodding in the direction of El Paso County District Attorney Dan May, since Senate District 10 is in El Paso County. Lee Richards, a spokesperson for May, said in a text that nothing has been filed with the district attorney regarding the matter. She did not respond when asked whether the office is investigating.

Wayne Williams, a Republican former Colorado Secretary of State who argued the court case against the GOP, said he could see how the disagreement might arise over the reporting of the assembly results. Until this point there had been no substantial legal precedent on the issue.

“I think they legitimately believed they had the ability to do that, but they were wrong and multiple courts have said so,” Williams said.

It’s unclear whether the U.S. House Committee on Ethics will take up the issue. A representative declined to comment Thursday.

Amid the controversy, Buck canceled a state GOP committee meeting planned for Friday. Party spokesperson Joe Jackson told The Post that there was no pending business, “therefore Chairman Buck decided not to waste everyone’s time with a meeting.”

The cancellation email said the party’s team was “humming along,” the Denver GOP’s Cook said — a characterization she did not agree with: “I find that a little head-in-the-sand and a little bit misleading.”

She is unhappy that she was kept in the dark about the party’s legal scuffles with Bremer despite the fact that she is a member of the executive committee, which is essentially the state party’s governing board. In addition to the legal costs racked up by the party, Bremer is demanding payment for his attorney fees, which he estimates will total $15,000, in addition to an apology from Buck.

“We’ve not been apprised of any of the legal shenanigans on this or that we’ve been exposed to paying Eli’s legal fees,” Cook said.

Kaye Ferry, a committee member from Eagle County, also was disconcerted to find out about the legal battle in the news. She isn’t calling for Buck’s resignation but said the situation is a distraction during a time when the focus should be on re-electing President Donald Trump and Sen. Cory Gardner.

“You are in the middle of an uproar and there’s a target on your back,” she said of Buck, “which means there is a target on our back.”

Indeed, the situation drew comment from state Democrats on Thursday.

“I’m pretty blown away by this,” Morgan Carroll, chair of the Colorado Democratic Party, said in a statement. “The idea that a chair of a political party — a chair who is a sitting congressman, at that — would attempt to coerce a local party leader to knowingly falsify an election result is disturbing and undemocratic.”