Colorado Rep. Lauren Boebert using showmanship to get ahead in Congress 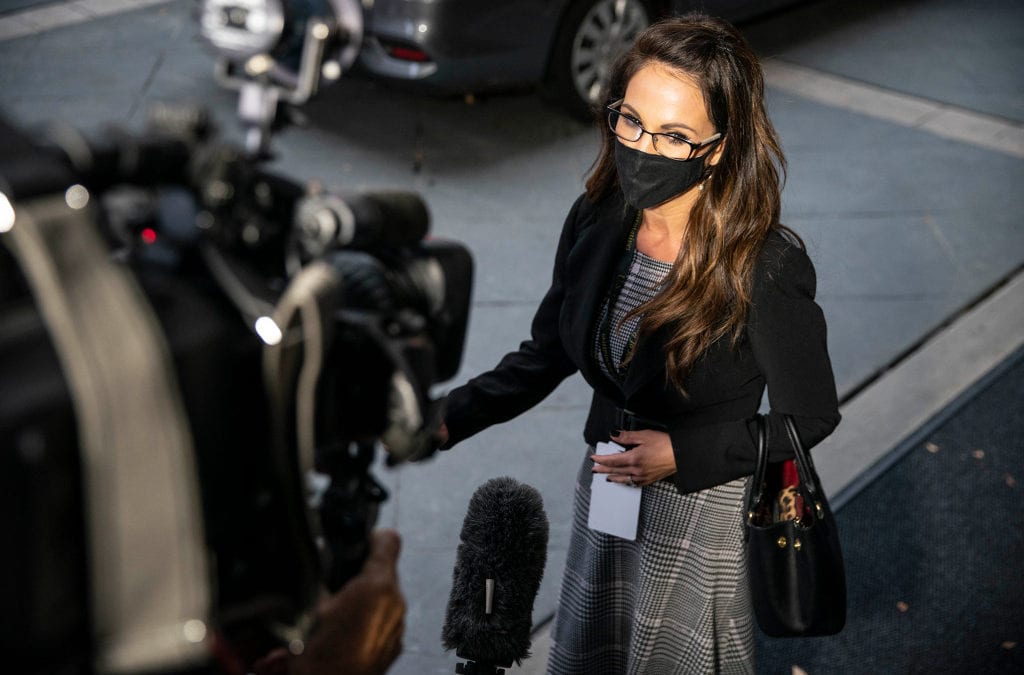 Republican Lauren Boebert has had an interesting first week on the job. As a member of the U.S. House of Representatives, her first substantive act was to object to Electoral College results in a number of swing states, following the claims of President Donald Trump that those contests were stolen from him and that he, not Joe Biden, should be sworn in as president on January 20.

She also released an ad proclaiming her right to carry a firearm around Washington D.C. and on the grounds of the U.S. Capitol.

In some sense, this wasn’t terribly unusual behavior. More than 100 House Republicans planned to object to electoral votes this week, and at least 10 of those were, like Boebert, freshmen.

But these actions signaled the ascendancy of a certain type of politics and showed just how different the two parties have become from each other.

To call a politician ambitious is like calling a businessperson profit-seeking. It doesn’t really tell us much. All politicians want greater status and power, whether that means distinguishing themselves in their current job, achieving higher office, becoming a king- or queen-maker in their party, securing a job as a prominent media personality, or something else.

But there are different ways of achieving these goals. Sometimes new House members focus on developing expertise in a particular policy area, seeking to become a pivotal member on health care or military affairs or the environment or some other important topic that occasionally becomes the subject of substantive legislation. Others seek leadership positions in committees or in the chamber, knowing that they can deliver more for their constituents if they have that kind of position. Others try to become prominent fundraisers and spread out the largesse to their colleagues, winning friends who are indebted to them.

But these career paths tend to assume that the politician wants to get something done in politics. That is, they have some sort of long term policy goal that can only be achieved by someone with a higher status than they currently have.

Boebert, however, is following a path that her classmates and others just a bit more senior to her have been charting in recent years. It involves using bombasting statements, cultural grievances, and claims of resentment to draw attention to themselves as early and as often as possible.

She joins other Republican freshmen like Majorie Taylor Greene (Georgia) who peddle in support of Q-Anon conspiracy theories. She is following in the path of House members like Matthew Gaetz (Florida), who protested impeachment depositions and got himself ejected from a hearing, and Jim Jordan (Ohio), who insulted impeachment witnesses. She’s walking in the footsteps of Sen. Ted Cruz (Texas), who, in his first year in office, led a disastrous Senate filibuster and government shutdown to oppose the implementation of the Affordable Care Act. Notably, none of these actions led to any vote changes, and they may have even done some damage to the Republican Party, but they also raised the profiles of these members.

In some sense, this is OK. Any legislative party needs both workhorses and show horses. That is, it can be helpful to have those who plug away thanklessly at policy and have others who are good at setting a tone for the party, drawing distinctions from the other party, and rallying voters. However, the current Republican Party is weighted very heavily toward the show horses. Who is the Republican equivalent of a Katie Porter or an Elizabeth Warren or a Michael Bennet?

Instead, Republican members of Congress spend their time warning about socialists and Antifa and caravans of immigrants and opponents of the Second Amendment and others who have almost no power in American politics. They choose symbolic acts like, well, undermining American elections in defense of a president who has already lost, or daring Nancy Pelosi to take away their Glock — acts that evoke emotional responses but don’t actually change the law.

Jonathan Bernstein describes the current Republican coalition as a “post-policy” party that would far prefer stoking outrage to actually writing law. In part, as Bernstein says, this is because the current GOP is heavily dominated by its media wing, including Fox News and talk radio personalities, who are far more skilled at inveighing against government than in crafting a policy agenda. Similarly, as Matt Yglesias notes, the current GOP has become less committed to its longstanding policy goals (abortion restrictions, marriage protection, etc.) even as it has become more embracing of conspiracy theories and democratic erosion. And notably, this is a party that didn’t even bother to write a platform in 2020.

That so many junior Republicans in Congress follow this path suggests that it is in their career interests to do so, that their party coalition will reward them for these efforts. To be sure, the Democrats have their share of conspiracy theorists and attention seekers, but the party doesn’t automatically promote them and it occasionally punishes such behavior. Conversely, this sort of behavior is precisely what gets one promoted in the GOP, both by party leaders and by primary voters. Fox News is already trying to make Boebert the next Republican star.

Boebert is now in Congress because she defeated the far lower-profile incumbent Rep. Scott Tipton in September’s Republican primary. Were Tipton still in office today, it seems unlikely that he would be embracing conspiracy theories or joining this week’s efforts to overturn a presidential election. Disturbingly, that’s probably why he lost the primary.

Seth Masket is a professor of political science and director of the Center on American Politics at the University of Denver. He is the author of Learning from Loss: The Democrats 2016-2020.