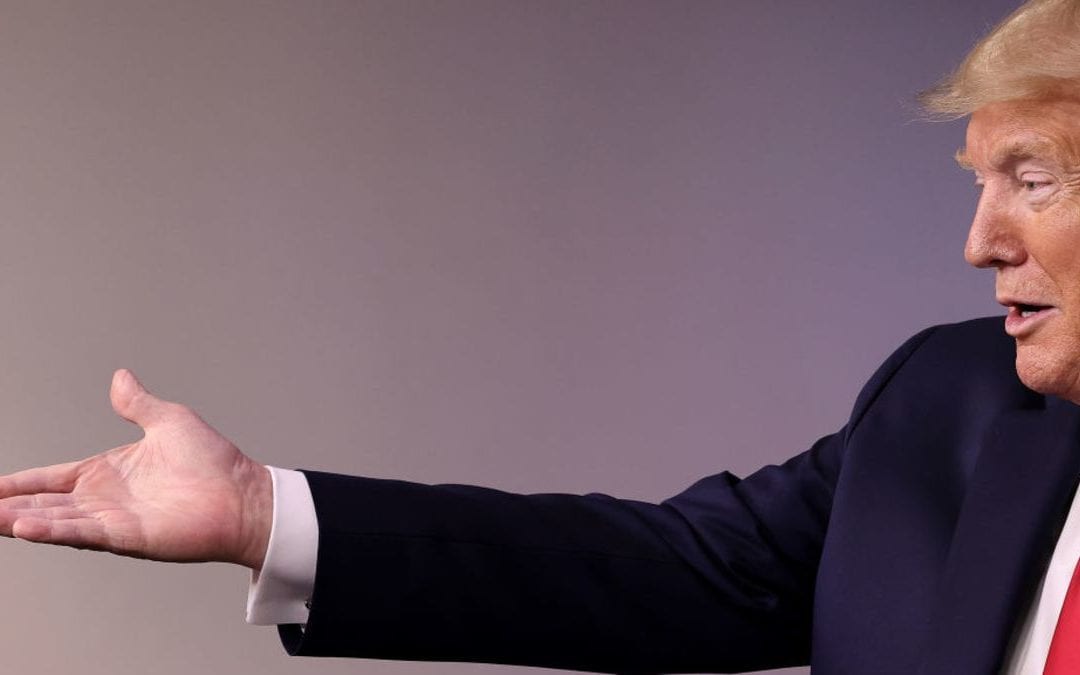 On Wednesday evening, Rep. Diana DeGette claimed that President Trump was running a little quid-pro-ventilators as he tried to garner political favor during a global pandemic.

According to CNN, the Colorado Democrat put in an order for ventilators that went all but ignored. But, when vulnerable GOP Sen. Cory Gardner, who’s also from her state, asked for ventilators, they were sent the very next day.

“I think this thing that happened with Sen. Gardner and President Trump is very disturbing,” DeGette told CNN. “What is the process here?”

DeGette wanted to make clear that she was happy that the state received the much-needed devices; it’s the process that seemed to concern her the most. According to DeGette, it appears that the president is giving the much-needed medical devices to allies first. When CNN asked straight-out if DeGette believed that the president was doling out ventilators as a political favor to Gardner, DeGette answered: “It seems that way to me. I was totally outraged.”

DeGette and Democratic Gov. Jared Polis originally asked for 10,000 ventilators, and in the end, they received some 100 but only after Gardner reached out.

Wait, the story gets even more outlandish. From CNN:

But while they were waiting for an answer from the Federal Emergency Management Agency, Polis reached a deal with a private company for 500 ventilators to be sent to the state. Once FEMA got word of the state deal, the federal agency stepped in to prevent that contract from going through so it could acquire the ventilators instead, Polis said on CNN last week.

Gardner then called Trump on Tuesday night, and the President tweeted Wednesday that the state would get 100 ventilators from the federal stockpile at the Republican senator’s request. Gardner is one of the most vulnerable Republican senators up for reelection.

“They’ll be there very shortly,” Trump said at his Wednesday evening press conference after touting Gardner’s role in securing the 100 ventilators.

DeGette was livid during a private call with House Democrats on Wednesday and reportedly accused Vice President and possible sex robot Mike Pence of “lying” about the process for procuring devices.

DeGette told CNN that she couldn’t recall saying Pence was lying but she added that if it walks like a duck and quacks like a duck it’s probably Mike Pence’s lying ass in a duck suit.

DeGette did note that nowhere in the process of obtaining ventilators did it mention Republican senators calling the president and gloating about the score on television.

“Nowhere did it say if a Republican senator calls up the President they can get it,” noting Gardner then took “all kinds of credit on national TV,” CNN reports.

And because this is the way it works, Gardner secured 100 ventilators and then he praised the President Fox News interview.

Asked at Wednesday’s coronavirus task force briefing about the ventilators sent to Colorado and whether having a personal relationship with Trump is a factor in securing necessary supplies from the federal government, both Pence and Dr. Deborah Birx, the coronavirus response coordinator, demurred.

“We’ve been watching Denver very closely, and like many of the other key areas that I touched on, we’re beginning to see some encouraging news in our interactions with the governor and with local officials and with the senator,” Pence said when questioned about the decision. “We’ve made an effort not only in Colorado but around the country, to be particularly responsive to states where we’ve seen a growth in cases.”