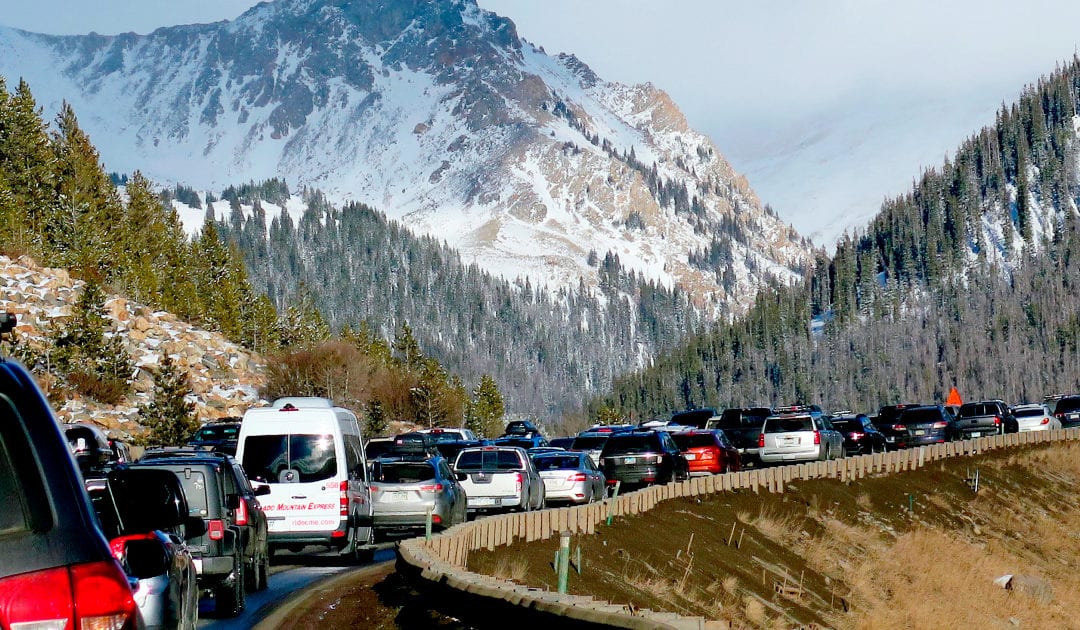 The road to curbing Colorado’s greenhouse gases runs through heavy cuts to emissions from power plants and oil and gas operations, but also winds across ambitious reductions in pollution from cars, buildings and cows, according to a state plan released Wednesday.

The Colorado Greenhouse Gas Pollution Reduction Roadmap, released by Gov. Jared Polis’ administration after nine months of work, quickly drew flak from some environmental groups. It failed to set a timetable for specific actions and some of the reduction estimates are overly optimistic, they said.

“The roadmap is missing the most essential element for progress: concrete regulatory policies to be proposed swiftly, that taken together are fully capable of guaranteeing climate pollution goes down,” said Pam Kiely, senior director for regulatory strategy at the Environmental Defense Fund.

Hitting those targets is “feasible with existing technologies, but will require actions and policies beyond those Colorado has taken already,” according to the roadmap, which is the product of a collaboration among the Colorado Energy Office, the Colorado Department of Public Health and Environment and consultant E3 .

“There’s a lot of work ahead of us to address the climate crisis, and we’re going to continue moving forward with a rigorous, data-driven process,” John Putnam, CDPHE director of environmental programs, said in a statement.

It is, however, the pace of movement that critics question. “I don’t see anything new that the administration hasn’t already presented,” said Stacy Tellinghuisen, a senior climate policy analyst at Western Resource Advocates. “We need a sense of urgency.”

Still, the analysis did draw some praise. “There are a lot of ideas in the roadmap, a lot of work on emissions analysis and that’s important work,” said Kelly Nordini, executive director of Conservation Colorado. “We just need specifics.”

Transportation, largely as a result of auto traffic, has become the state’s largest source of greenhouse gases, followed by emissions from power plants and the oil and gas industry, according to the roadmap.

Getting to the 2030 target will require across-the-board cuts including an 80% reduction in electricity sector emissions, a 50% cut in oil and gas and 50% cut in transportation, according to the roadmap modeling.

There will also have to be reductions from buildings, primarily through energy efficiency and switching to electrification, as well as cutting methane emissions from agriculture, landfills and sewage plants.

In 2005, Colorado had nearly 140 million tons of carbon-equivalent emissions. (All greenhouse gases, such as methane which has 30 times the heat trapping effectiveness as carbon dioxide, are translated into their CO2 equivalent to get a global carbon number.)

Meeting the 2030 target will require curbing 70 million tons of carbon emissions, including 32.9 million tons from the electricity sector.

Utilities are already rapidly decarbonizing, in part to meet federal regional haze standards and in part because of the falling prices for wind and solar generation, leading to 14 Colorado coal-fired units closing by 2030 and cutting carbon emissions by 21.7 million tons.

“Reducing methane emissions from the oil and gas industry is essential to achieving the state’s goals, as these make up the largest source of non-combustion emissions in the state,” the roadmap said.

Key to reaching those cuts will be identifying and reducing leak rates in both upstream operations and downstream distribution of oil and gas, the report said.

The industry, which is already dealing with rulemakings at the AQCC and the Colorado Oil and Gas Conservation Commission, offered a measured reaction.

“This roadmap appears to be a modeling exercise, and while such an exercise can be a useful tool, the state must answer foundational policy questions before adopting sweeping rules with the potential to transform Colorado’s economy,” Lynn Granger, executive director of the API-Colorado, a trade group, said a statement.

There have been a number of initiatives in Colorado to promote the adoption of zero-emission vehicles, such as electric or hydrogen-fueled cars,  including the adoption by the AQCC of the California ZEV rule, which sets goals for the sale of clean cars, and commits $37 million to develop electric vehicle infrastructure from settlements the state received in the Volkswagen class-action lawsuit.

The projections in the E3 models for meeting the 2030 targets include what some critics describe as ambitious assumptions for ZEVs, as well as for some other sectors such as buildings and agriculture.

E3 assumes a ramp up in sales of ZEVs to 70% of the market by 2030. EVs account for about 2% of Colorado auto sales in 2019. The projections also assume that the nascent zero-emission truck market will account for 40% of annual sales in Colorado in 2030.

“This level of transformation will require continued effort from the state to remove barriers to consumer adoption, install robust EV charging infrastructure, and plan the electricity grid to accommodate new levels of electrification,” the roadmap said.

Similarly, the roadmap scenario calls for 60% sales share for electric heat pumps in space heating and water heating by 2030, and that methane emissions from cows and other farm animals will be cut by 25% by 2030 with changes in feeding practices.

On Monday, the Natural Resources Defense Council, an environmental group, released its own modeling study on meeting Colorado greenhouse gas emission targets, which focused more on reducing power plant emissions by 98% and relied less on so many sector cuts.

The challenge with the state’s approach is that so many of the reductions relied on the aggregate decisions of large numbers of people and markets doing things like buying cars, building or renovating homes, and changing practices farm by farm. Going after big carbon emitters, Gonzalez said, is more cost effective and efficient.

The roadmap doesn’t indicate when or what comes next.

“This is not a plan,” said Jeremy Nichols, WildEarth Guardians climate and energy program director. “It’s like a brochure of a travel destination. It looks awesome, but how do I get there? I don’t see it.”