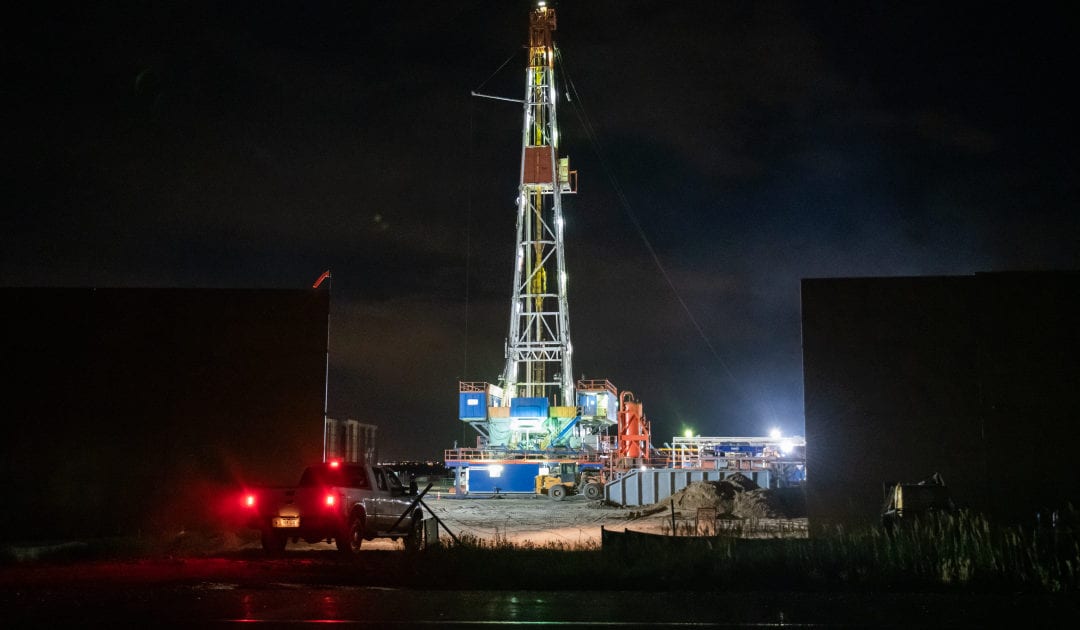 The Colorado oil and gas wars are back – if they ever left – sparked by state regulators’ plans unveiled Friday for a 2,000-foot buffer between drill sites and homes and schools.

The regulation amounts to a ban on oil and gas development and a lawsuit might be in the offing, industry officials said.

“It is a last resort,” said Lynn Granger, executive director of API-Colorado, a trade group, “but we might have to visit that last resort.”

Sara Loflin, executive director of the League of Oil and Gas Impacted Coloradans, a grass-roots group, countered that the industry’s “doomsday predictions have never been true, and they aren’t now.”

The Colorado Oil and Gas Conservation Commission reviewed the revised setback proposal, developed by staff at its direction, in a meeting held Friday on Zoom.

The setback revision is part of an extensive overhaul of COGCC rules to reflect a change in the agency’s mission from promoting oil and gas development to protecting public health, safety and welfare, and the environment. The change was mandated in Senate Bill 181.

The staff had initially proposed a 500-foot setback from a single residence and a 1,500-foot setback from 10 or more homes or an apartment building, with a buffer of 2,000 feet from school grounds. The industry supported this proposal, which included a variance to drill within 1,500 feet.

The new five-member, full-time commission, however, expressed an interest in extending the same level of protection to all Coloradans with a 2,000-foot setback from every home.

“We were blindsided,” Granger said. “We went into the rulemaking with the staff proposal, a soft 1,500-foot setback … it was very surprising on our end.”

While the revised setback rule calls for a general, 2,000-foot buffer, the proposal offers a series of options for drilling closer — even as close as 500 feet from a home.

This would include when a tenant or owner, with informed consent, agrees to drilling closer; when the location is part of a comprehensive area plan, which organizes multiple drill sites; when the wells, tanks and compressors are 2,000 feet from a home, even if the drill pad is closer; or when a commission hearing finds substantial protections at the site.

A hearing finding would have to take into account the geology and topography of the site, how close homes would be, the size and duration of the activity, local government’s position on the proposal, how the site was designed to minimize and mitigate impacts, and the results of an alternative site analysis.

Another consideration would be how the operator engaged with the community and planned to address community concerns during operations.

Granger said that at a time when the industry needs clarity and certainty, the variance “language we are seeing is not clear.”

But Emily Hornback, executive director of the Western Colorado Alliance, said in a statement that the proposed rules “make it clear that, for the first time in decades, the COGCC is listening to the testimony of impacted people across Colorado who have been asking for more protections from oil and gas development.”

In laying out the approach to granting variances, COGCC Executive Director Julie Murphy told the commissioners that setback rules are “not the only tool” in ensuring that residents are protected.

Dan Haley, president of the Colorado Oil and Gas Association, called setbacks a “blunt tool” and said rules such as the recently adopted wellbore integrity and flowline rules have made oil and gas operations in Colorado safer.

The COGCC will continue its deliberations on the rule changes next week.