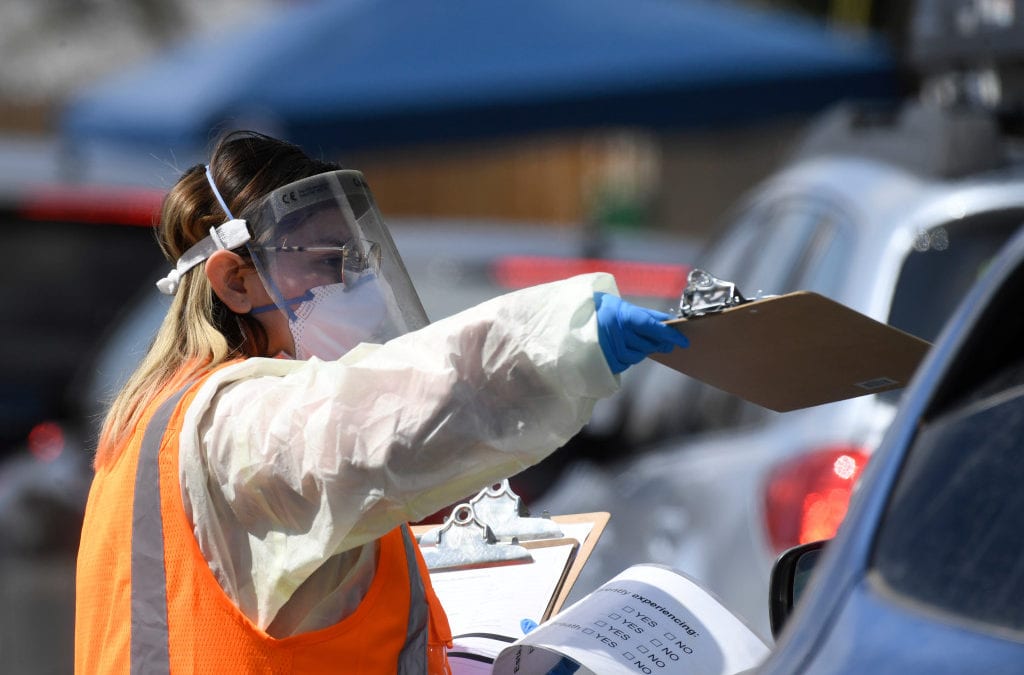 As millions of Coloradans spent their first day under a statewide stay-at-home mandate Thursday, public health officials announced that at least 27 people have now died in connection with the novel coronavirus and more than 1,400 have tested positive for the highly infectious respiratory illness.

The increasing number of cases — a jump of 344 over Wednesday’s statewide total — comes as the state lab and private companies have ramped up testing in recent days, with even more kits on the way for health care workers and first responders.

There are no surges of COVID-19 cases at hospitals anywhere in Colorado, health officials said Thursday — but they expect this is simply the calm before the storm.

“The big question: How big is the storm going to be?” Dr. Brian Erling, president and CEO of Penrose-St. Francis Health Services in Colorado Springs, said during a community meeting Thursday. “We believe we can keep that storm to an absolute minimum.”

The new count of 1,430 total cases includes 184 people who have been hospitalized for COVID-19. There have been nine outbreaks at residential and non-hospital health care facilities.

And more than 10,000 people have now been tested, though the number of confirmed coronavirus cases is still believed to be far below the actual total, state health officials and Gov. Jared Polis have said.

The Colorado Department of Public Health and Environment confirmed a new total of 24 deaths on Thursday — up five from the previous day — with local health officials announcing three more on their own that aren’t yet included in the state total. Colorado’s data lags a day behind the actual numbers, the state health department says on its COVID-19 webpage.

The deaths have impacted communities up and down the Front Range and into the high country. El Paso County has recorded seven coronavirus-related deaths, the most in the state, while Boulder, Pitkin and Pueblo counties on Thursday each announced their first deaths related to the illness.

“Our hearts are heavy having learned of this first death in our community’s struggle against the spread of COVID-19,” Karen Koenemann, director of Pitkin County Public Health, said in a news release. “We especially want the family of the victim to know how sorry we are. We know our community will support each other with kindness and compassion in recognition of the significance of this loss.”

Thursday marked the first day of the state’s mandatory stay-at-home order, announced by Polis on Wednesday, which restricts movement for all residents who do not perform essential duties. Several counties — including Boulder, Jefferson, Adams, Arapahoe and Douglas — on Thursday rescinded their own stay-at-home orders, alleviating any confusion residents may have about which order to follow.

Much like with any law, counties are still allowed to enact tighter restrictions than the state if they so choose. But they are not allowed to mandate fewer restrictions on business closures or enforcement measures, Mike Willis, the state’s director of the Office of Emergency Management, said in a conference call with reporters.

As state and local agencies attempt to model what the future of the virus may hold here, hospitals around the state are preparing for a surge in patients. Many are postponing elective surgeries to free up beds and resources and as a result, hospitals such as Penrose-St. Francis are only at 60% capacity, Early said.

“We have units essentially shut down,” he said, “ready to surge up if needed.”

The state on Thursday also announced an effort to provide tests for health care workers and first-responders, who have been inundated by patients, often without proper personal protection equipment. State officials announced 4,500 test kits have arrived from the U.S. Department of Health and Humans Services exclusively for health care workers and first responders, according to a news release.

Those kits will be doled out to Larimer, Mesa, and El Paso counties and given to workers who show symptoms of the virus in those regions. Only symptomatic workers will receive tests, the state public health department said in a news release.

Another 2,500 tests are expected to be shipped in next week, Willis said.

“The longer we can protect those people, the stronger our health care system is and the longer it can last… when the surge comes,” he said.