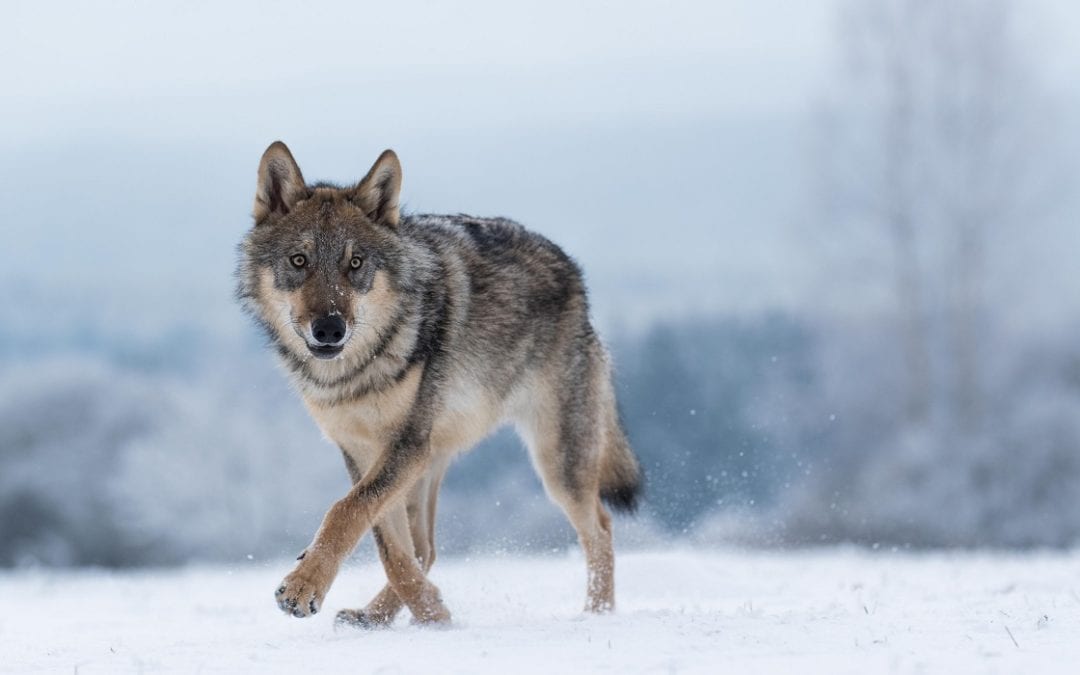 Come this spring/summer, Colorado wildlife officials will begin the process of identifying populations and possible locations for reintroducing gray wolves to the state.

Colorado voters narrowly approved Proposition 114 in November, the reports. It requires the reintroduction of the gray wolf, which was hunted, trapped and poisoned into extermination here in the 1940s, be underway by Dec. 31, 2023, on public lands in the sparsely populated Western Slope of the Continental Divide.

Managing the wolf population was once a duty for the U.S. Fish and Wildlife Service to handle. Now, after being stricken from the endangered species act, the responsibilities have been handed over to the state.

Although several oppose the move, Democratic Gov. Jared Polis urged Colorado Parks and Wildlife to quickly implement the initiative. Dan Gibbs, executive director of the state Department of Natural Resources, challenged the commissioners on Thursday to get paws on the ground by 2022 or early 2023.

“The voters have spoken. The directive is clear,” Gibbs postulated.

Those who are so eager to welcome the predator species back to the state see reintroduction as a vital step in restoring the wolf habitat that stretches from the Canadian border south to the Mexican border. On the other side of the isle, however, those against the initiative – which includes dozens of rural county commissions as well as agricultural, business and sportsmen’s groups, AND the Associated Governments of Northwest Colorado (AGNC), of which Garfield County is a member – cite an imminent threat to livestock, not to mention a $1 BILLION hunting industry based on elk, deer and moose that supports roughly 25,000 jobs.

Wolves were previously reintroduced in the Northern Rockies in the 1990s. Today, there are roughly 2,000 wolves in Montana, Wyoming, Idaho, Oregon, Washington and northern California.

Another population in the western Great Lakes region has since expanded to about 4,400 wolves in Michigan, Minnesota and Wisconsin. There’s also a small population of Mexican gray wolves that remains protected in the Southwest.

Furthermore, at least two lone wolves and a small pack – likely from Wyoming’s Yellowstone National Park – have been recorded since 2019 in northwestern Colorado. This information suggests wolves are already established within the state of Colorado and that reintroduction is not necessary.

In addition to reintroducing the animals, the state will also develop a management plan, as well as create procedures for settling claims by ranchers, farmers and others who lose livestock to or have property damaged by wolves.

Part of the effort will be led by a working group involving state and federal agencies such as Fish and Wildlife, the Bureau of Land Management and the U.S. Forest Service, as well as Native American tribes, said Reid DeWalt, a CPW assistant director.