Colorado prisons have strict limits on when they can place inmates in solitary confinement. Jails could be next. 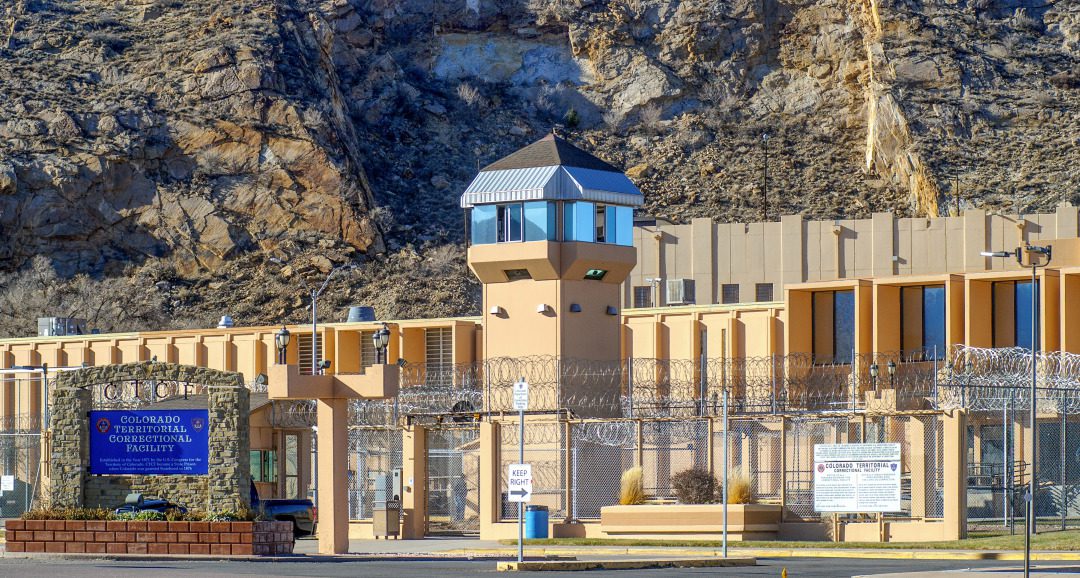 Ryan Partridge had a number of run-ins with the Boulder County Sheriff’s Department in 2016. At the time, he suffered from paranoia, delusions and psychosis, and was in and out of jail for minor charges.

While in jail, Ryan Partridge was often placed in a restraint chair or kept in solitary confinement for several days at time, according to his father, Richard Partridge, who said Ryan’s mental health rapidly deteriorated.

In 2016, Ryan Partridge gouged out his own eyes, blinding himself and prompting his family to sue the Boulder County jail for excessive force while trying to restrain him. The lawsuit also alleges negligence and failure to provide medical treatment. In addition to being deprived of proper medical care, his family said the prolonged isolation and lack of attention in solitary confinement exacerbated Ryan Partridge’s condition.

Although Colorado banned the use of long-term solitary confinement in state prisons in 2017, there’s little state oversight of how local jails use isolation for inmates. Now state lawmakers want to ban the use of solitary confinement in local jails for groups of vulnerable inmates, including minors, people who are pregnant, have intellectual or developmental disabilities or certain medical conditions; and individuals with serious mental illness. County sheriffs oppose the measure, citing concerns about attacks on deputies and a lack of funding and staff to implement it.

“The bill is a step forward in protecting … our state’s most vulnerable. It isn’t a fix for our entire mental health care and judicial system, but it is humane,” said state Rep. Judy Amabile, a Boulder Democrat and prime sponsor of the legislation, along with state Sen. Pete Lee, a Colorado Springs Democrat.

States define “solitary confinement” differently. House Bill 1211 targets what it calls “restrictive housing,” when an inmate is involuntarily confined to their cell for 22 or more hours a day, with limited time outside the cell, movement or meaningful human interaction.

The legislation would prohibit placing vulnerable inmates in restrictive housing, unless a health care facility declines to treat them, the person poses a danger to themselves or others, or when no other less restrictive option is available.

House Bill 1211 also requires jails to do the following for vulnerable inmates in restrictive housing:

The bill applies to local jails with 400 or more inmates, of which there are currently nine, according to Amabile. The bill excludes smaller jails because many lack medical and mental health providers, Amabile said.

People are sent to prisons to serve longer-term sentences, while local jails are where the accused await charges and court dates, or serve out sentences for minor convictions.

The legislation is supported by mental health and criminal justice reform advocates, who cite negative mental and physical health impacts of isolating and confining inmates for extended periods.

The legislation has drawn stiff opposition from county sheriffs, several of whom testified at a House Judiciary committee hearing last week that they support the intent of the bill, but believe implementing it requires space, staffing and funding they don’t have.

“We have people in our jail who are predatory, who are aggressive and assaultive. And the sheriff has a statutory obligation to keep the jail safe and secure,” Boulder County Sheriff Joe Pelle testified, saying jails may use solitary confinement for a number of reasons, including as a punitive measure for bad behavior, to isolate violent inmates or protect inmates who are under threat or may harm themselves.

Crowded conditions can make it infeasible to find the cell space and staffing to move inmates out of their cells safely and give them adequate time to access phones, showers and other amenities in the time frames prescribed by the bill, Pelle and other sheriffs argued.

“Many of these inmates cannot be out in the general population or out with other inmates without a substantial risk of assault, or of being assaulted,” Pelle said. “There’s no provision for fiscal relief for county officials to hire additional staff, transport staff, mental health professionals, or remodel or substantially increase the space in our jails to accommodate these requirements.”

Sheriffs also pointed to limited medical and behavioral health staff to conduct assessments in the 15-minute intervals required under the bill.

In Denver, as of last week, 154 people were in restrictive housing, 122 of whom have an identified mental health condition, according to data from the Sheriff Department. On average, people were kept in restrictive housing for 12.76 days at a time in 2019, and 13.12 days in 2020. In 2020, the county also housed inmates in isolation to quarantine them because of coronavirus, which could have increased those figures.

In El Paso County, which has the largest local jail in the state, 70% to 80% of inmates have a mental health condition, with 20% to 35% of inmates diagnosed as “critically mentally ill,” according to Janet Huffor, chief of staff for the El Paso County Sheriff’s Office.

Local jails have become “de facto mental health treatment facilities where we are totally unequipped and unfunded provide the treatment necessary to address their condition,” Huffor said, adding that lawmakers should focus on expanding mental health care to prevent people from entering the criminal justice system in the first place.

“This bill as written will do nothing but place our inmates and staff in greater danger than they are already in,” Huffor told the judiciary committee.

“If we’re going to go down this road, what we really need, colleagues, is … an assessment of what the additional staffing needs are, county by county,” Carver said. “Let’s cost it out and then let’s help our local counties get there with the additional funding.”

Some jails are close to meeting or already meeting some of the provisions of the bill, said state Rep. Kerry Tipper, a Lakewood Democrat. She noted testimony from El Paso County officials that the jail already checks on inmates in solitary confinement every 15 minutes. Once the bill is implemented, if counties are struggling to fund the changes, Tipper said she would draft new legislation to fill that funding gap.

“We’re asking jails to be creative in reducing the use of something that we know doesn’t produce good results, that we know is inhumane, that the (United Nations) calls torture,” Tipper said.

Amabile believes the bill is reasonable for jails to implement and said it gives them a year to prepare.

House Bill 1211 is headed to the House floor for final consideration. After that, the legislation will be heard in the state Senate.