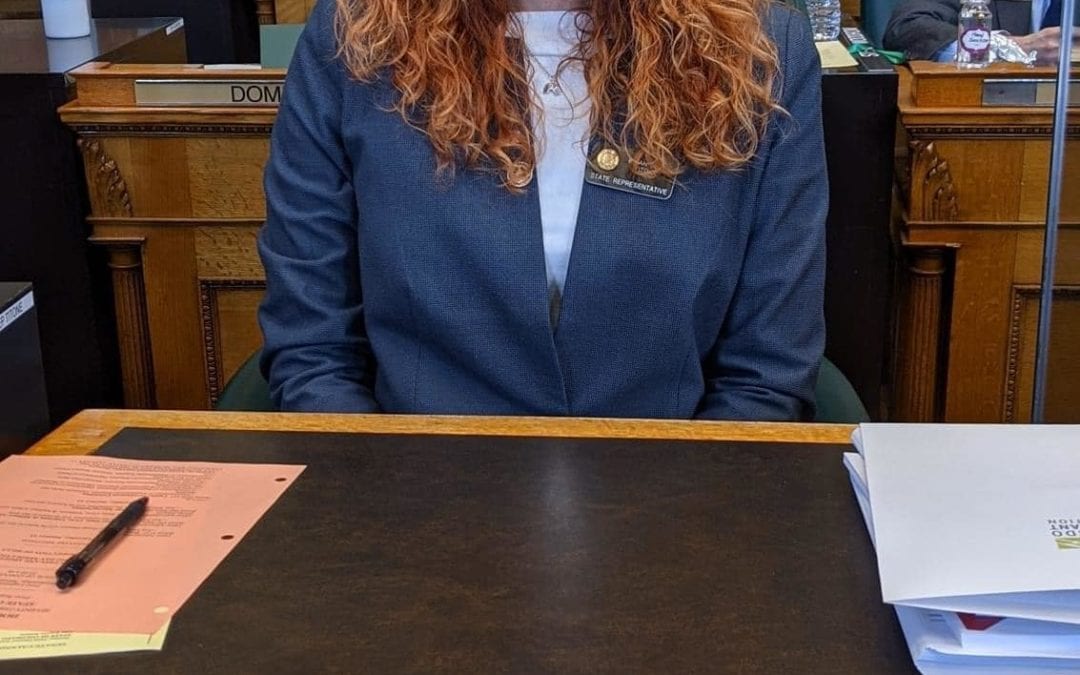 After Representative Lauren Boebert (R-CO) utilized prejudice remarks against the LGBTQ community to express opposition to the, Colorado politicians like Representative Brianna Titone spoke out.

The Equality Act would expand existing civil rights protection on the bases of sex, sexual orientation, gender orientation, and other related identities. While the Equality Act has been passed by the House of Representatives in the past, it has met resistance in the Senate.

Rep. Boebert, also known for supporting gun rights and the Capitol insurrection, urged other representatives to vote against the act and used transphobic rhetoric to form her argument.

“Equality for who?” in the days leading up to the vote. “Where is the equality in this legislation for the young girls across America who will have to look behind their backs as they change in school locker rooms just to make sure there isn’t a confused man trying to catch a peek?”

She proceeded to misgender and misname a theoretical transgender crisis counselor whom she considered a threat to young girls experiencing sexual assault. She concluded by telling her colleagues to vote against the “Inequality” Act for the sake of “privacy” and “decency.”

Representative Brianna Titone, chair of the Colorado Democrats LGBTQ Caucus, spoke out against the transphobia perpetuated by Rep. Boebert.

“Colorado has come such a long way from when we were deemed the ‘Hate State’ in 1992,” said Rep. Titone in statement condemning Boebert’s remarks. “Congresswoman Boebert’s words seek to bring us back. Coloradans deserve to be shown respect and dignity from Congressional leaders, but she has instead attacked children and endangered the lives of trans kids in Colorado and in every community in our country. Congress must pass the Equality Act, and everyone who claims to stand with the LGBTQ community should condemn the congresswoman’s dangerous remarks.”

Rep. Titone is Colorado’s first openly transgender lawmaker in state legislature. She has been an advocate on matters ranging from trans community rights to affordable housing and insurance coverage for mental health wellness exams. Her response to Rep. Boebert’s remarks was extended by House Majority Leader Daneya Esgar (D).

“Trans kids have enough to worry about without having a Congresswoman bullying them on national television,” said Esgar. “The role of an elected official should be to proudly and honorably represent the people of their district, and that’s why I’ve worked my entire career to protect all of our children. Instead, yesterday, Lauren Boebert used her perch to attack, undermine, and dehumanize countless of LGBTQ Coloradans in her district. She took acute aim at trans children, who already face tragically high rates of suicidal ideation and attempts. Lauren Boebert should be ashamed of herself, and as one of her constituents, I know her district certainly is.”

“We, the Colorado Democrats LGBTQ Caucus, strongly condemn the hateful and dangerous words of Congresswoman Boebert. Her words hurt people, propagate dangerous tropes, and cause mental distress to those she berates. When leaders like Congresswoman Boebert use their position of power to fuel tropes about trans people, a group facing discrimination, violence, and poverty all over the globe, they exemplify why we need The Equality Act now.