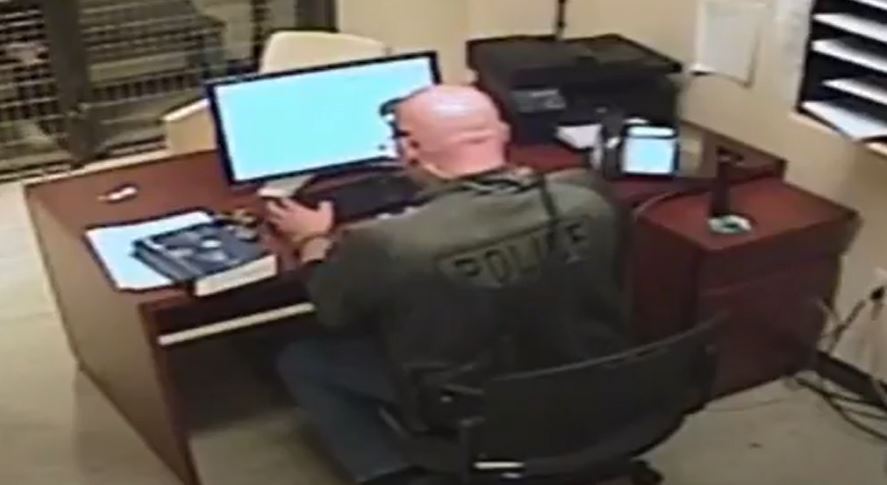 Jon Geiger’s criminal conviction in an excessive force case was supposed to prevent him from ever again working as a police officer in Colorado.

When the former Georgetown officer pleaded guilty to misdemeanor harassment in 2018 — a conviction that triggers an automatic revocation of an officer’s state certification — then-Fifth Judicial District Attorney Bruce Brown lauded the move as weeding out “bad apples” in law enforcement and said blocking Geiger from working again as a Colorado police officer was a “fundamental goal of the prosecution.”

But just two years after Geiger’s conviction, the state’s Peace Officer Standards and Training Board reinstated Geiger — exercising its power, in certain circumstances, to exempt officers convicted of crimes from being decertified.

“This is a man who should not be wearing a badge,” Brown said when he learned from The Denver Post that Geiger was back on the job. “And it discredits the integrity of the criminal justice system, as well as the hiring practices of local law enforcement agencies, who obviously are not doing thorough background searches or who are not making decisions in the best interest of their communities.”

Geiger declined to comment when reached by The Post on Wednesday. Town officials in Nunn did not respond to multiple requests for comment on Geiger’s hiring.

His case highlights the power the Peace Officer Standards and Training, or POST, board can wield to keep officers who have been convicted of crimes in their jobs, even as Colorado state lawmakers work to increase police accountability and crack down on the years-long problem of officers with poor track records migrating from department to department.

“It is clear here that they exercised that authority inappropriately and contrary to the needs of the community by allowing an officer with a long history of misconduct across two states for both use of force and deceptive behavior,” Brown said of the POST decision in Geiger’s case, adding the board’s exemption power creates a “loophole” in officer discipline that he believes should be legislatively closed.

Geiger’s case began in 2016, when he was working as a Georgetown police officer and filling out paperwork at a desk across from a DUI suspect in a booking cell. The door on the booking cell did not latch, and the suspect began to bang the metal door open and shut.

Geiger reacted by pulling the man from the cell and pushing him against a wall, briefly twisting the man’s arm behind him and causing him pain. It was a use of force that was completely unnecessary, Brown said.

“All Geiger had to do was leave him in his cell,” Brown said.

Geiger was indicted by a grand jury and in 2018 pleaded guilty to harassment involving a strike or a shove. It’s one of 43 misdemeanor convictions that automatically trigger POST decertification. Geiger lost his certification to work as a police officer in Colorado later that year.

But he was reinstated on appeal in 2020, a power the POST board can exercise if it finds mitigating circumstances around the conviction and that the officer’s return to the job is in the public interest, according to POST’s published rules.

The members of the POST subcommittee that reviewed Geiger’s case felt like the officer did not use excessive force, said Douglas County Sheriff Tony Spurlock, who chaired the subcommittee. They also questioned why Geiger was criminally charged.

“All I’m hearing is one side of the story, but apparently Mr. Geiger was either writing and then eventually dating and having a relationship with a deputy district attorney (in Brown’s office),” Spurlock said. “…I believe there were some circumstances that led for people to be upset about that, and so, you know, he was criminally charged.”

Spurlock could not explain why Brown would react that way, and said he was not accusing the former district attorney of prosecutorial misconduct.

“All I’m saying is that the evidence that was presented to us led us to believe that there were circumstances that, one, the behavior in the interview room did not shock our conscience, and two, we didn’t believe that, given the totality of the circumstances, led us to revoke his POST certificate,” Spurlock said.

Brown called the claim that Geiger’s relationship influenced the charging decision “preposterous” and “totally without credibility.” He said it was his understanding that Geiger was married to the staff member.

“The record in the criminal court is clear,” Brown said. “He was indicted, which is a finding of probable cause, he was convicted, which means he admitted that the charge could be proven — and was proven by his plea — beyond a reasonable doubt.”

In a letter to the POST board, Geiger said he pleaded guilty to the harassment charge not because he was actually guilty but because he couldn’t afford to hire an attorney and because he wanted to “put the matter behind me,” during a period when he was grieving the death of a grandchild.

“That happens every day in courts across this country all the time,” Spurlock said. “People plead because the system is onerous and cumbersome. So they plead instead of going to court like they have every right to do.”

He defended the subcommittee’s decision to reinstate Gieger, saying that they gave careful consideration to Geiger’s case, and said that the ability to issue case-by-case exemptions to automatic decertification is a valuable tool. In most cases, he said, it’s clear the decertification should stand. Geiger’s was a closer call.

“Not eligible for rehire”

Geiger previously worked for law enforcement agencies in Telluride, Georgetown and Kansas, among others. Local media coverage indicates he was fired from the job in Kansas.

Former Telluride Chief Marshal James Kolar said he could not comment on Geiger’s departure from the agency, but said he was “not eligible for rehire.”

He is also not eligible for rehire in Georgetown, although Marshal Randy Williams said Geiger resigned well before he faced criminal charges.

“He had some other little issues that were being looked at and causing a problem and he resigned amicably,” Williams said, adding that Geiger is a capable, hardworking officer. He called Brown’s prosecution of Geiger in the excessive force case “a travesty.”

In the Fifth Judicial District, Geiger is on a list of officers who have known credibility issues that could impact their testimony in court — the office’s so-called Brady list — but that designation didn’t follow him to Weld County, District Attorney Michael Rourke said.

“Frankly, this is a shortcoming of the way Colorado does Brady right now,” Rourke said. “There’s not a good mechanism yet when an officer leaves one jurisdiction and goes to another.”

Alerted to Geiger’s past by The Post, Rourke said he would investigate to determine whether Geiger should be on the Brady list in Weld County.

State lawmakers took aim at the siloed nature of Brady concerns this year, and a new law signed by Gov. Jared Polis this month requires law enforcement agencies and district attorney’s offices to set up statewide credibility notifications about officers who lie, tamper with evidence, show bias or are convicted of crimes involving dishonesty.

Under the same law, POST must create a public database of officers who are decertified, fired or subject to a credibility notification.

The new systems must be in place by the start of 2022.