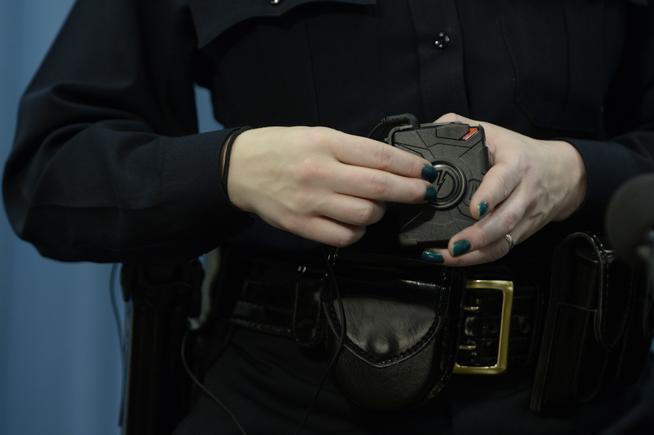 By July 1, 2023, police officers across Colorado must be outfitted with body-worn cameras to capture their interactions. To make that happen, law enforcement agencies claim, they need more money.

They’ll likely see an extra $6 million in funding thanks to the only former sheriff in the Colorado Legislature, GOP Sen. John Cooke of Weld County. He asked and was successful in doubling the initial $3 million that state budget writers had set aside for body cameras in the 2021-22 budget.

The camera mandate was written into last year’s historic policing legislation, SB20-217, which passed amid local and nationwide protests over the police killing of George Floyd in Minneapolis and systemic racism in general. That bill, which also required the prompt release of body camera footage, did not fund implementation of the mandate for local departments.

Cooke said it’s “an expensive proposition.” All the major law enforcement associations in Colorado put out a letter in February to lawmakers saying they “believe in the use” of the cameras, but that a survey of chiefs and sheriffs showed 56% didn’t have the money to comply.

It asked budget writers to approve the initial $3 million request that came from the state Department of Public Safety. But that wasn’t enough to Cooke and Sen. Bob Rankin, a Republican from Carbondale.

“I’d like to think that most sheriff’s offices and police departments budget for what they need,” Cooke said. “So what are you going to cut out to pay for (body-worn cameras)? Personnel? patrol cars? I just think $3 million was lowballed.”

Rankin said the committee didn’t have “input from every little police department in the state, so we knew there would be future needs and that we’d add more money in future years,” he said.

The cost of outfitting a single officer with a body camera can vary. The El Paso County Sheriff’s Office estimated a cost of $1,000 per year for each camera, which includes data storage. Smaller departments, like Fountain and Palmer Lake, report lower costs — in the range of $500 per unit annually. Last year, the Denver City Council approved $11 million to buy 2,200 new body cameras for police and sheriff’s officials.

Though these and other departments have made the purchases without relying on large state budget increases, the lobbying associations representing Colorado’s police chiefs, sheriffs, district attorneys and county commissioners back Cooke’s proposal because they say it’ll cost an estimated $28 million by 2024 to get one-third of the state’s 64 counties up to speed with the mandate. The associations want the state to cover as much of that as possible.

Those who pushed to include the mandate in last year’s bill said they believe footage from body cameras is critical to police accountability and a possible deterrent against excessive force. Body camera footage of incidents across the country — including Aurora’s Elijah McClain, Daunte Wright in Minnesota and 13-year-old Chicago resident Adam Toledo, among dozens of others — have sparked protests in recent years.

Democrat Rep. Leslie Herod, a lead sponsor of the 2020 bill, serves on the budget committee now, too. She does not believe the police need the extra money Cooke is calling for.

The state budget has passed both chambers of the legislature as of Thursday, but before it can move to the governor it will make one last stop before the budget committee. Those six members — Herod and three other Democrats comprise the majority — largely have final say over whether to greenlight the various amendments, Cooke’s extra body camera money included.

“I stand by the (committee’s) initial recommendation and will advocate for that,” said Herod.

Rankin, the most tenured member of the committee said he’ll be “supporting leaving that amendment on, to honor the tradition of an amendment passing in both houses. Maybe I wouldn’t call it a tradition, but it’s an accepted practice.”