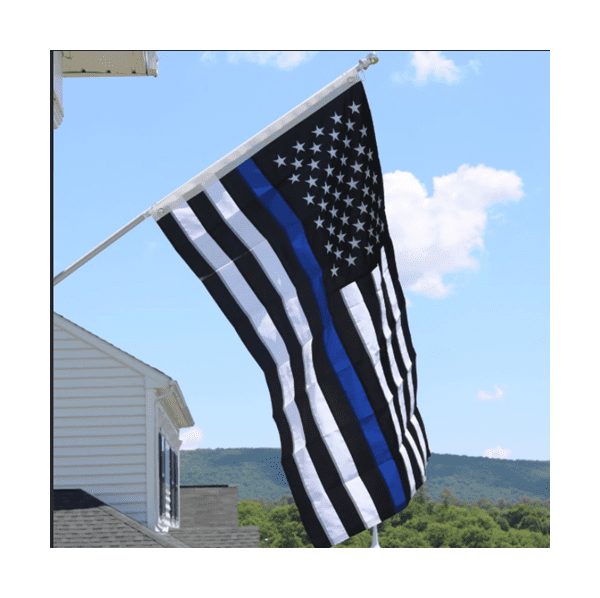 On Tuesday, Colorado passed a law prohibiting HOAs from banning flags on their properties. If Democrat Governor Jared Polis signs the bill, Home Owners Associations will not be allowed to stop homeowners from flying any flag, whether the American Flag, the Thin Blue Line flag, the POW/MIA flag, the Black Lives Matter flag, or even the LGBTQ flag.

“The bill will be a major step forward to advance the free-speech rights of the thousands of Coloradans who live in HOA-controlled communities.”

Colorado passed House bill 21-1310, which states that HOAs cannot ban flags and signs outright. They can prohibit commercial signs, or establish content-neutral regulations regarding size and placement, but they cannot ban flag poles or the displays on homes based on content. Dozens of people contacted the Colorado ACLU about the constant interference of HOAs with their freedom of speech over flags.

The bill first came into the limelight when an HOA outright banned a Black Lives Matter Flag on a property owned by Littleton residents Kara and Ben Wilkoff. The resulting legal fight was just one of several by homeowners who fly different flags. The Thin Blue Line flag has also been a point of contention with HOAs. We have written numerous articles about HOAs attempting to ban the American Flag all around the country, in spite of laws against that action.

“One of the people who testified last week at a House committee was a former police officer who got in touch with us. He has flown a Thin Blue Line flag for the past four years, and he put it up after the shooting in Boulder at a King Soopers where an officer died in the line of duty — and afterward, he got a letter from his HOA telling him he had to take it down. He’s one of the five or six dozen people who contacted the ACLU about this issue over the last several months, and he testified about his experience, why he flies that flag, and why he believes he should have the right to fly that flag — and if the bill is signed into law, he’ll be able to do that again.”

Plenty of other people will see a benefit, too. Silverstein cites a recent  report that “at least 60 percent of Colorado homes are in HOA-controlled communities, and most of them have restrictions on signs and flags. So there are thousands of people who have been silenced by these rules. And this bill will end that silence.”

Turn your back on Big Tech oligarchs and join the New Resistance NOW!  Facebook, Google and other members of the Silicon Valley Axis of Evil are now doing everything they can to deliberately silence conservative content online, so please be sure to check out our MeWe page , check us out at ProAmerica Only and follow us at Parler, Codias,  and .  You can also follow us on Twitter at .

If you appreciate independent conservative reports like this, please go here and support us on Patreon, get your conservative pro-Trump gear here and check out some great pro-Republican gear here.

While you’re at it, be sure to check out our friends at Whatfinger News, the Internet’s conservative front-page founded by ex-military!

And be sure to check out our friends at Trending Views: